Norris: We’re not getting carried away 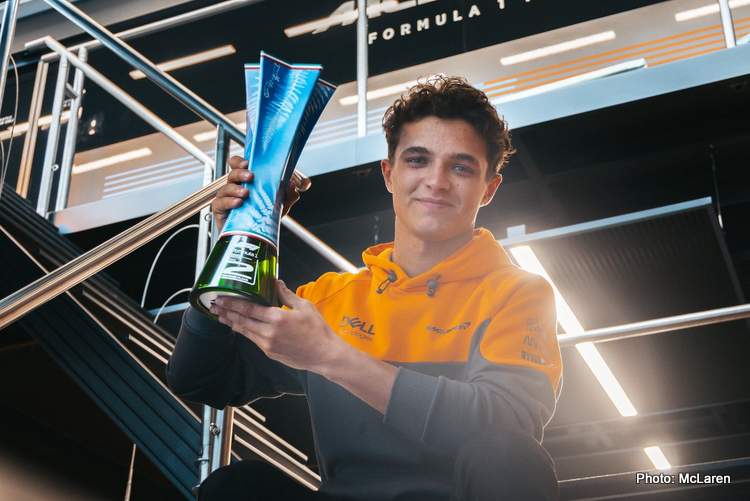 Although it was his teammate, Daniel Ricciardo, who brought the first winner’s trophy to McLaren’s coffers since Brazil 2012 with his popular win in Monza two weeks ago, no one can begrudge Lando Norris for coming to Sochi with a spring in his step.

After all, his role in securing the one-two at Monza cannot be denied. He held station behind his teammate as per the team instructions, and also kept a charging Lewis Hamilton at bay in the first part of the race. A mature and calculated drive by the British youngster, who knows that his time to taste victory champagne will undoubtedly come soon.

With the victory celebrations at the McLaren Technology Center still a fresh memory, Norris previewed the 2021 Russian Grand Prix at Sochi Autodrom.

“Monza was a special moment for the team that was fully deserved,” said Norris. “Being able to celebrate the result with the entire team at the factory last week showed just how much that meant to everyone. A one-two finish is something we can all be proud of. I’m so happy to be a part of this journey that McLaren is on together as a team and see the progress we’re continuing to make.”

Despite his young age, Norris has shown on various occasions that he has the wisdom and composure to succeed in top flight; evident in what he said: “We’re not getting carried away as we know it won’t be like this every weekend. We need to continue to put ourselves in the best position possible and maximise the car, pit-stops, strategy and everything in between.

“Heading into Russia, the battle for third in the Constructors’ is still tight and looks set to stay that way until the last race of the season. Hopefully we can keep the momentum going from Italy and score some solid points for the team.”

Heading into this weekend, Norris is 4th in the drivers’ championship on 132 points. He has 4 podiums to his name and failed to score points on two occasions only, Hungary and Belgium.

He will start his 53 race in F1 in Sochi this weekend.