Leclerc: I’m ready to go on the attack at Sochi 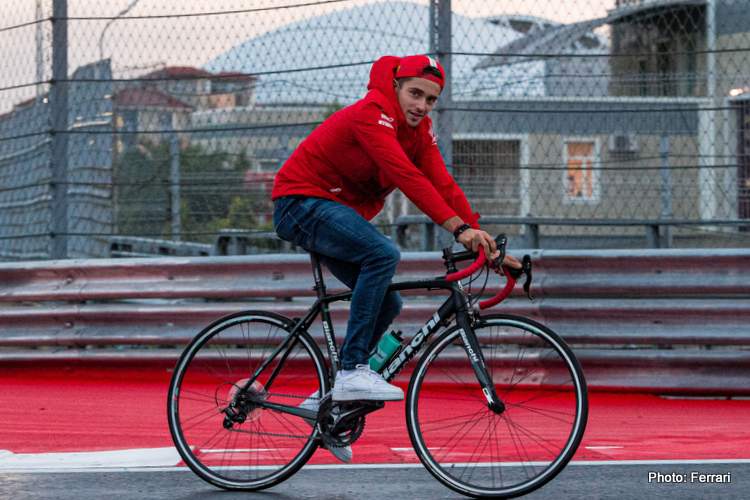 Ferrari driver Charles Leclerc is entering into the 2021 Russian Grand Prix on the back foot, starting at the back of the grid for taking on the highly anticipated upgraded Ferrari power unit.

After losing his power unit when Aston’s Martin’s Lance Stroll took him out in Hungary, it was only a matter of time before Leclerc had to exceed his PU allowance and incur the consequent grid penalty. Ferrari naturally gave Leclerc the priority and installed their newly upgraded PU to his SF21 chassis.

As such, we can look forward to a Leclerc on the move during Sunday’s race, because if his preview of the 2021 Russian Grand Prix says anything, it’s that he’s unperturbed by his penalty especially when a wet race might be on the cards.

“It’s not impossible to overtake at this track, so I’m ready to go on the attack,” Leclerc said. “Also, the forecast is for rain maybe on Sunday, which could also produce an unpredictable and fun race.

“Obviously, our main rivals will be able to make the most of the fact I have a penalty. But apart from third place in the championship, I think our progress is clear to see.

“By Monza, the 14th race of the season, we already scored more points than we did last year after we had done three more races and we can be pleased about that. Also, as a team, we have come close to winning on at least two occasions, even if we didn’t quite make it.”

Leclerc seems to be patient and willing to wait for his team to deliver a package good enough for him to fight for wins, something his talent deserves. I believe every improvement is going in the right direction.

“But we have not introduced the update for this race because we think it will change the hierarchy among the teams. It is mainly aimed at 2022. We have to acquire data and doing so at a race weekend is the best way to ensure it’s as accurate as possible,” he concluded.

Leclerc currently sits sixth in the drivers’ standings with 104 points. He has been consistently outdriving the cars offered to him by Ferrari with his pole position in Monaco this year a highlight of the season.

Sunday’s race will be his 52nd in Red.