Raikkonen back on duty for Alfa Romeo in Russia 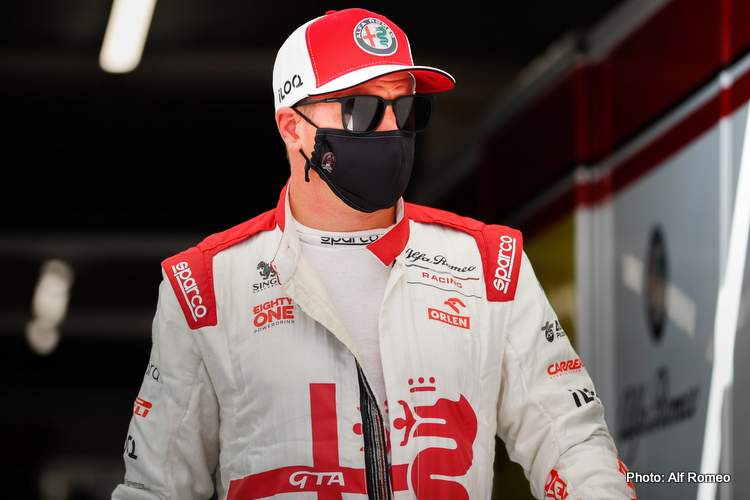 Kimi Raikkonen tested positive for Covid-19 during the Dutch Grand Prix weekend, but he is back for the 2021 Russian Grand Prix starting tomorrow.

2007 F1 World Champion Räikkönen, who was tested positive for Covid but did not show any symptoms, was replaced for the remainder of the Dutch Grand Prix weekend and for the 2021 Italian Grand Prix by the team’s reserve driver Robert Kubica.

After recuperating from his illness, the Finn is back driving for his team at Sochi Autodrom, Raikkonen said: “I’m pleased to be back in the car after missing two rounds. Obviously, nobody wants to test positive, but it happened and we had to follow the rules: but that is all in the past and now my focus is on Sochi.”

The oldest driver on the F1 grid at 41, Räikkönen has announced ahead of the Dutch Grand Prix that he would be retiring from racing this year, with fellow Finn Valtteri Bottas announced as his replacement, coming from Mercedes after he made way there for George Russell.

Previewing the Russian Grand Prix, Kimi said: “The team has shown some potential in the last few races, now we need to convert that into a good result. I don’t think being back will feel any different, I just want to get on with my job and hopefully have a good race.”

Räikkönen is one of the most adored drivers on the F1 grid today and captured the fans’ hearts with his speed and no-nonsense approach ever since he broke onto the F1 stage with Sauber in 2001.

He is still the last Ferrari driver to win the F1 drivers’ championship for the Maranello squad and has been racing in top flight for 19 seasons, scoring 21 wins his last being with Ferrari in the 2018 US Grand Prix in Austin.

Räikkönen will be contesting his 343rd Grand Prix this weekend in Russia.