Wolff: Lewis is laser-focused on what he needs to deliver 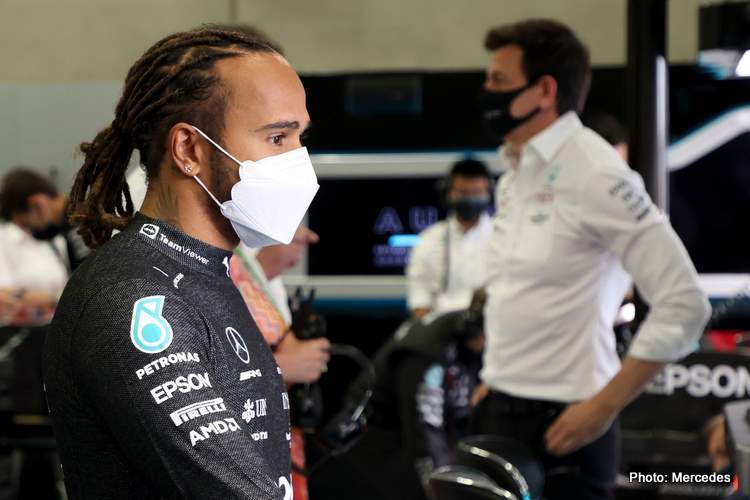 The 2021 Russian Grand Prix is few days away, the Sochi Autodrom has been a Mercedes stronghold since 2014 which team boss Toto Wolff believes will suit laser-focused Lewis Hamilton.

Seven-time F1 World Champion, Hamilton – five points adrift of championship leader Max Verstappen in the standings – will be looking to reverse the Monza disappointment, and according to Wolff the Briton is on his A-Game.

Speaking in his team’s preview of the weekend ahead, Wolff said of their star driver: “Lewis is in the tenth championship battle of his F1 career, and he is laser-focused on what he needs to deliver in the next eight races.
“As for Valtteri, he’s driving better than ever, like we saw in Monza – and he will be flat out every weekend. There’s a calm determination about the team right now and the business end of a season, fighting for championships, is exactly what we enjoy the most.”
Wolff also reflected the race in Italy which will always be remembered for the Hamilton-Verstappen pile-up:  “After a demanding and intense triple-header, we are re-energised and ready to go. Last time out in Monza was bittersweet – a commanding performance and strong result for Valtteri but a feeling of missed points for Lewis, who had the potential to fight for the win.”
The Austrian is upbeat about his team’s chances going forward: “The pleasing thing is that the W12 looks competitive and with just eight races to go, now is the time to use our experience and focus on the details and processes which will get us over the line.
“We’re looking forward to racing again in Russia, it is a circuit we’ve gone well at over the years and both our drivers have enjoyed great results in Sochi. We’re hoping to continue our run of success in Russia but know that this year is an entirely different beast, and we’re expecting another intense weekend.
“Last year, this race was one of the first to welcome fans back to the grandstands and it was incredible to feel the passion and buzz of the crowds again. We’ve just been treated to fantastic support in Spa, Zandvoort and Monza, and this weekend will be no different. Our aim is to pull together a strong weekend, starting in FP1 and building one session at a time,” the Mercedes team boss concluded.
With eight races to go, Mercedes still leads Red Bull in the F1 constructors’ standing by 18 points; tiny margins in what has developed into one of the most exciting F1 seasons in a while now.
The momentum can swing both ways in this second half of the season, something the fans will relish after a seven-year period of Mercedes dominance.