Tech Draft: F1 PU elements should not decide the title 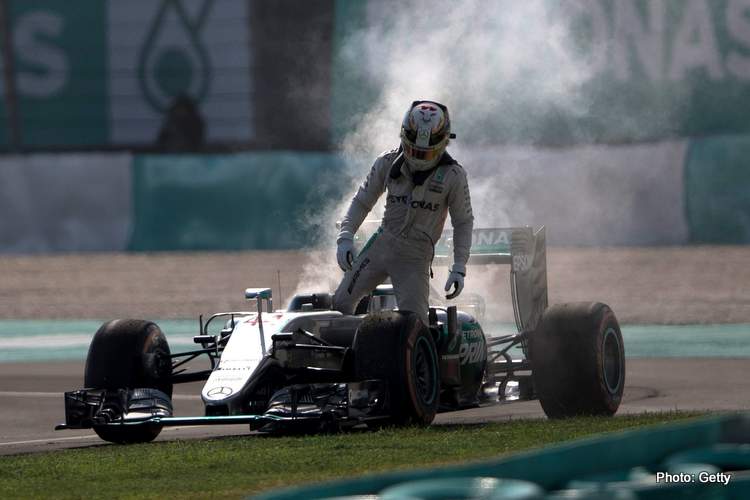 The 2021 Formula 1 season is now over two thirds complete, and with the battle for the drivers’ championship as close as it has been in many years, we would all hope for it to be decided by the driving, and not resource management namely: F1 PU penalties.

Remember this sequence of numbers; 3, 3, 3, 3, 2, 2, 8 because it might be the key to who becomes the 2021 F1 World Drivers’ Champion in this enthralling battle between Lewis Hamilton and Max Verstappen, Red Bull and Mercedes.

According to the F1 regulations, each driver has a pool of the following power unit elements available to them for use throughout the season; 3 internal combustion engines, 3 turbochargers, 3 motor-generator unit heat (MGU-H), 3 motor-generator unit kinetic (MGU-K), 2 energy stores, 2 control electronics, and 8 exhaust systems.

Of concern for the battle at the front between Lewis Hamilton and Max Verstappen, both drivers and their respective teams have made no secret that the very same fate may befall them at some stage between now at the Russian Grand Prix this weekend and the final round in Abu Dhabi.

In 2005, F1 introduced a new rule that for the very first time regulated the usage of engines, ensuring that they were to last 2 complete race weekends in avoidance of penalty, and in 2009 a new regulation was introduced limiting the number of engines to eight per season.

Regulating engine usage served two primary purposes; to drive a team’s operational costs down over the period of a season, and to ensure that F1 was being seen to be more efficient through ensuring engines had a longer service life.

Nevertheless, whilst it is quite valid, in this modern era of highly complex and expensive hybrid power units, for their usage to be regulated for the same reasons, it seems somewhat contradictory for the championship to potentially become dependent on the leading drivers having their teams manage a probable under-prescribed F1 PU pool allotment as a strategic advantage.

With the potential that even more Grands Prix will be included on the 2022 F1 championship calendar, potentially bringing the number of events to 23 or even 24, the risk of even more drivers exceeding their allotment of F1 PU elements can only compound.

In recent times the result of F1 races have become increasingly reliant on strategic aspects such as tyre management, fuel management and in 2022 brake management will become more important, but does the PU element management really need to become a possible championship determining factor?