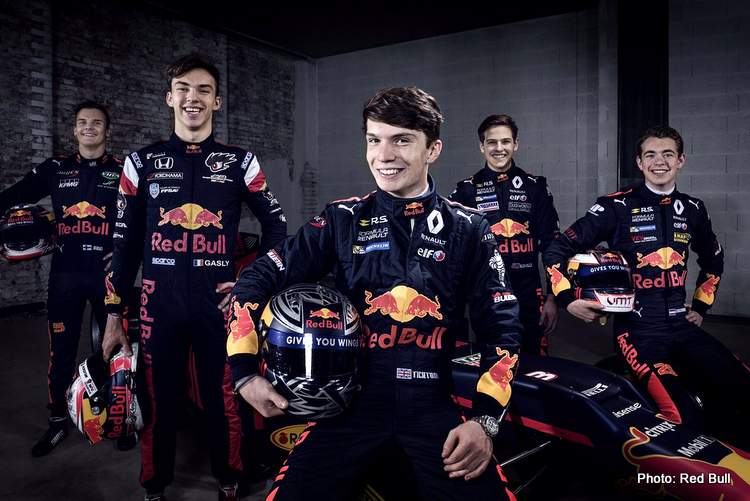 The Red Bull driver pipeline is in full flow again after almost shutting down last year says Christian Horner, with Pierre Gasly still very much their driver albeit on loan to AlphaTauri.

Gasly has been one of the revelations of the past two Formula 1 seasons, pretty much since he was demoted from Red Bull back to the junior team after a dozen races as Max Verstappen’s teammate in 2019.

Since then, in AlphaTauri colours he won famously at Monza last year and has been at the sharp end of most Grand Prix weekends this season, often outqualifying Sergio Perez in the Red Bull.

In fact, the Mexican veteran is not a Red Bull protege, he was drafted last year because the Red Bull programme simply had no driver to partner with Verstappen after Alex Albon failed to meet expectations.

Looking around late last year and the driver pipeline was dry, as the team inexplicably refused to countenance another Gasly promotion.

However, Horner says 25-year-old Pierre is very much on the radar: “He’s driving at a very nice standard. He’s still very young, he’s doing a great job. For 2023, we have multiple options available to us, so when you’re in the situation that we are, that’s exactly what we want.

“Pierre has done a phenomenal job with AlphaTauri the last couple of seasons, and their aspirations continue to grow, so for him to retain the lead drive there is good. He remains a Red Bull Racing driver on loan to AlphaTauri.”

While Gasly is a handy reserve to have should Perez need subbing, Horner also points to a deep squad of up-and-coming drivers they can start tapping into again: “We have this group of young talent coming through.

“We have Liam Lawson and Juri Vips in F2, we have got Dennis Hauger leading the way in F3 and an exciting young American, Jak Crawford. So there is strength and depth in the junior programme.”

Next year Albon will be back on the F1 grid with Williams, alongside the likes of Sebastian Vettel, Daniel Ricciardo, Carlos Sainz, and of course, Verstappen, Gasly himself as well as his teammate Yuki Tsunoda were all developed through the Red Bull driver program.