Honda: We can spend money. We can’t make points! 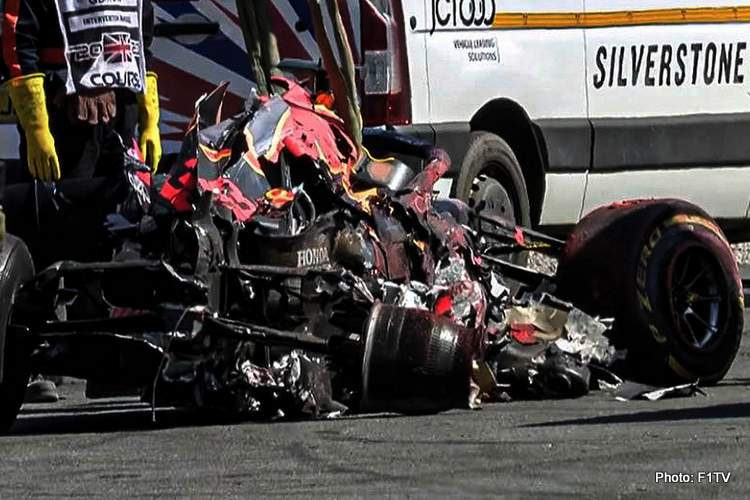 With current regulations limiting the number of engines and components used by a Formula 1 team per season, penalties are being handed out to those exceeding the limit.

As a result, crashes are more of a headache now as expressed by Toyoharu Tanabe, Honda F1 technical director.

Honda have turned up this season with a great power unit, a great parting gift they are offering their partners Red Bull Racing for their last season in top flight. With Adrian Newey and his team producing a decent chassis as well, Max Verstappen has been able to take the fight to Lewis Hamilton this year.

But things haven’t been smooth sailing for the energy drinks outfit. With the battle being so close, Verstappen and Hamilton have clashed several times now, Monza being the latest altercation, as the infamous Silverstone incident may have destroyed the PU on the #33 car, despite Honda’s best efforts to repair it within the constraints of the rules.

That of course means that the Dutchman will have to incur a grid penalty when a new power unit is bolted to his RB16B, something Tanabe is naturally not happy about.

Speaking to The Race, Tanabe acknowledged the financial factor involved, but also expressed his frustration from a strategic point of view; especially as the crash was found to be Hamilton’s fault which, despite the time penalty he received, would have season-long repercussions on Verstappen.

“Of course, the money is important, but we can spend money. We can’t make points. The points are important for driver and team. That’s more important than the cost,” said the Honda man.

“We can consider with the FIA, teams, and manufacturers, how we can save that type of damage in such conditions,” he elaborated, suggesting as a more lenient approach allowing major repairs on engines instead of a complete write-off.

“One of my ideas is to have an inquiry. A representative from the FIA, team members, all engine manufacturers. They can review if it is reasonable to change parts that the engine manufacturer requests, then they can have a discussion and then accept or not accept the request.

Going back to the specific case of Verstappen in Silverstone, Tanabe acknowledged: “It’s a bit difficult. That’s why I would like to have an inquiry with a match of engineers.

“The area we had a crack on Max’s power unit, it’s a very weird position if you use it in normal conditions. You can review the impact from the data or video, and you can find out where you had an unexpected impact or something.”

And concluded: “If the power unit allowed any impact condition from a crash, you should have a big power unit!”

Honda returned to F1 in 2015 with McLaren, but after 3 dire seasons with the Woking squad, but have started to find success after switching to Red Bull junior team Toro Rosso (now AlphaTauri) in 2018, then supplying Red Bull from 2019 up to 2021 season, which is their last in F1.