Horner: Sochi has been a Mercedes stronghold 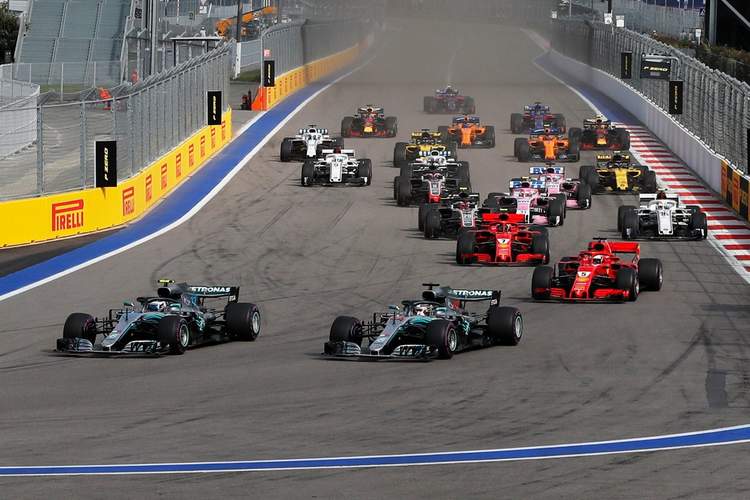 After the Monza shenanigans, Christian Horner is wary heading to this weekend’s Russian Grand Prix at Sochi Autodrom which the Red Bull boss believes is a Mercedes stronghold.

High-speed tracks, with sweeping bends have tended to suit Mercedes more than the twisty bits, while the Red Bull in Max Verstappen’s hands has tended to be the opposite.

Thus Sochi’s relatively long flat-out sections will probably be more a Merc-track, emphasised by the fact that the World Champions are unbeaten in Russia since F1 first visited the Olympic site in 2014.

Horner said ahead of the Sochi weekend: “It has been a Mercedes stronghold. For me, Monza and Sochi, I’ve them marked down mentally as Mercedes circuits so it will be a challenge.”

For his role in the collision with Lewis Hamilton at Monza, Verstappen was handed a three-place grid penalty for Sunday’s race, which exacerbates the challenge for the Dutch ace.

Horner continued: “We have the grid penalty to take for Max too but in Sochi, it’s not such a handicap because of the strength of the tow down to Turn 1 I was looking through the results at the Russian Grand Prix and back in 2018, Max went from last to first before needing to make his pit stop. We were second there last year but it’s a circuit we have never won at…

“I’m looking forward to it and seeing how we get on,” added Horner.

No matter what, all eyes will be on Verstappen and Hamilton with many predicting a repeat of the collision should the pair come across one another on track during the race. Neither is willing to concede, with two death-defying crashes the result of this stubbornness. The first at Silverstone in July, the other two Sundays ago.

Regarding the duo’s doggy-style moment at Monza, Horner said: “Both drivers knew they needed to be ahead because of the difficulty to overtake. Max was keen to seize the momentum and Lewis was eager to retain track position.

“It was an awkward shunt, but… I still share the same belief today – both played a part in it and it is difficult to apportion blame to one side more than the other,” added the Red Bull team boss.

Whatever the case Max will not be starting from pole on Sunday thanks to the penalty while Lewis, in all likelihood and barring mishap, will be ahead on the grid, setting the stage for another game of cat and mouse in Russia where there will be no love lost between the contenders.