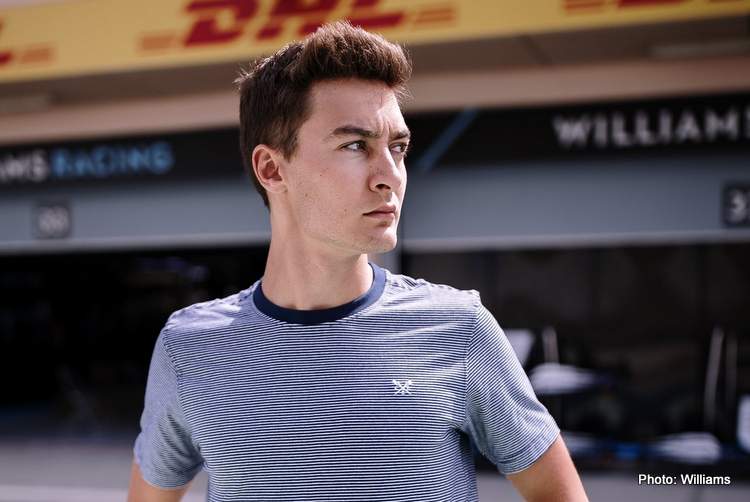 Less than two weeks after the announcement of George Russell as a Mercedes driver alongside seven-time champion Lewis Hamilton for the 2022 season, the Formula 1 world continues to digest the prospect of the partnership.

Ever since Russell replaced the Covid-struck Hamilton for the 2020 Sakhir Grand Prix, and with the young Brit’s brilliant performance that weekend, the writing was on the wall with everyone convinced that it was just a matter of time before young George would be called up to the Mercedes works team.

As a matter of fact, it was the worst kept secret with the only thing delaying the announcement being the arrangement of a dignified exit for Mercedes incumbent Valtteri Bottas who was out of contract by the end of 2021; which eventually turned out to be a seat at Alfa Romeo.

Although some are expecting fireworks between the new Mercedes pairing for next season, in what may resemble the tumultuous 2007 season at McLaren between then-rookie Hamilton and double world champion Fernando Alonso, some consider the situation to be a “handing over the baton” moment between the old guard and the new, with Mercedes team boss Toto Wolff seemingly keen on having it the latter.

At least this is what can be read between the lines of what Wolff said to F1’s official website as he discussed Russell’s integration within the team and the challenges that lie ahead.

“He’s [Russell has] proven that he deserves to have a seat in a top car and now we need to get him properly adjusted into the Mercedes situation… there’s a lot more pressure, he’s having an unbelievable teammate with the biggest records and there it’s important that you condition him and you calibrate him in the right way,” said Wolff.

“We’ve seen situations in the past where they’ve failed; Lewis was part of one where I think the team didn’t quite understand how it could potentially go. and I think we’re maybe a little bit better prepared for that situation but nevertheless, he has all the ambition to be a future world champion and so has Lewis, to add another one, so it’s about calibration,” he elaborated hinting at lessons learned from the bitter feud between Hamilton and previous teammate Nico Rosberg.

“I think you have to respect also the other guy’s perspective and ambition,” said Wolff. “We are not going to put a driver in the car who is not going to have the ambition to do as good as possible to kick his teammate as hard as he can, win races and championships early too, and that’s clear.

“So I can put myself into his perspective, so I’m trying to discuss with him what that means for the team dynamic, what it could mean, how we need to keep the momentum in the team. And he’s very intelligent, he gets that.

“I think we would be satisfied if we would be in the top three in terms of the car package competing for victories,” he said of his expectation for the team’s 2022 campaign in light of the new aero regulations.

“That’s always our ambition, that we are right there over the long term, this is the winning recipe, and if we have a car that we can develop if we are able to go for the championship, then absolutely, he has the same car that has Lewis, he has the pace, in qualifying he is very, very fast, and I’m sure it’s going to be fine,” concluded the Team Principal.

Mercedes have utterly dominated F1 since the start of the turbo-hybrid era, and it remains to be seen if they continue their dominance going into next year, or will they be busy extinguishing internal fires between Hamilto and Russell?