Top Interesting Facts About Lewis Hamilton That You Didn’t Know 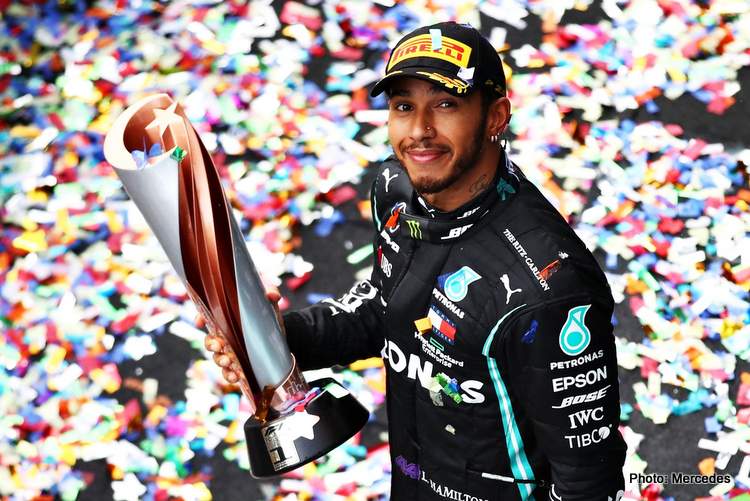 Lewis Hamilton is a Formula 1 champion who has earned immense popularity around the globe. People know him for his stellar racing record and his passion for remaining number one.

Everyone is familiar with how Hamilton has racing in his blood. The 33-years old champion started his racing career at a young age. He holds an impressive list of titles won, and unbreakable records. So, working on the perfection of his driving skills to debut in the movie business; makes him a complex guy to understand.

Today, Hamilton is one of the most successful Formula 1 drivers of this generation. Although the public has an eye on his personal life, Lewis has kept so many aspects of his life private. So, we are going to disclose some of those unknown truths about him here. Just stay here and get them all!

The man has become Formula 1 World Champion up to seven times, and is undoubtedly proud of his nation and family. But, even so, there are still several facts many of his fans are not familiar with. So, let’s catch all of them together here:

Lewis Hamilton Used To Be Superstitious

Most drivers have their lucky charms and follow specific routines that help them out on a racing day. It might be surprising for you to know that Lewis Hamilton did the same. For instance, he used to drive with odd numbers like 11.

But, for now, things have been changed. At the moment, Lewis owns a different perspective. He says that all things happen in our minds, and have nothing to do with the real world. So, all of this superstitious thinking looks ridiculous to him.

Lewis Is A Movie Star

Lewis Hamilton made his debut in Disney Pixar’s Cars 2 back in 2012. At those times, he was a three-time world champion and Britain’s representative in the Grand Prix world. Lewis designed his car for the movie working alongside Michael Caine and Owen Wilson.

Before becoming part of kart racing, Hamilton was very fond of motorbikes. Therefore, these motorbikes are the first, secret love of Lewis Hamilton, which might be surprising for his die-hard fans. Moreover, he has also designed a new motorbike which will be released soon.

Lewis never travels without his two best friends, and it is pretty standard. But, the unusual thing is that they are not two-legged varieties. But they are two bulldogs named Roscoe and Coco. The three of them travel on a private jet and always get VIP treatment.

It is clear to everyone that Hamilton is one of the best marketable sportsmen, and the credit goes to his incredible fashion sense. In 2018, Hamilton also worked with Tommy Hilfiger. So, in addition to being a Formula 1 champion, he is also an excellent model.

It comes with no surprise that Lewis Hamilton takes an interest in GGPoker. Lewis and many other stars play at this site. Many renowned players have witnessed him playing on these online casino sessions. Well, you would find instant echeck casinos, another fantastic place for gambling or slots alongside the GGPoker.

The strength, passion, and courage of Hamilton take him to the next level. He always accepts challenges whole-heartedly, and then works hard to win the title. And, the best thing about Hamilton is that despite his failures, he never loses his heart, and his passion for winning makes him the champion!

The First And Only Black Driver

Many of his fans are not familiar with Lewis being the first and only black driver who has been behind the wheel of an F1 car to date. Racing runs in his blood. His half-brother called Nicolas, is also a driver. So, Hamilton’s passion to drive at over 100 mph would not be surprising for all of his fans now.

Strong Spiritual Side of Lewis Hamilton

Lewis Hamilton may often come with an image of a bad-boy racer. But in reality, deep in his core, he is a very religious person. At a very early age, he found a very spiritual environment at his home. That is why you would always find him wearing a cross around his neck.

Lewis Hamilton Uses Customized Helmets, Which have a special Meaning

A guy named Jason used to design some incredible themes for Lewis Hamilton. Streets of Monaco is one of the favorite helmet themes for the driver. Together, they think about various unique and different ideas, bringing some new concepts to design something very different and eye-catching.

Lewis is well-known for his long list of victories and appreciable achievements. Indeed, he is a great person himself as well, which makes him the everyone’s favorite. This Formula 1 driver started his career at a young age, and has got a huge appreciation and love from his fans.

Even though, Hamilton shares all the happenings of his life with fans, there are yet many other things like his acting career, passion for bikes, spirituality, traveling companions, craziness for casinos, and much more that are just a well kept secret from his fans.

These and other unknown facts have been disclosed over here about the life of your favorite champion; hoping that you have enjoyed reading about them!