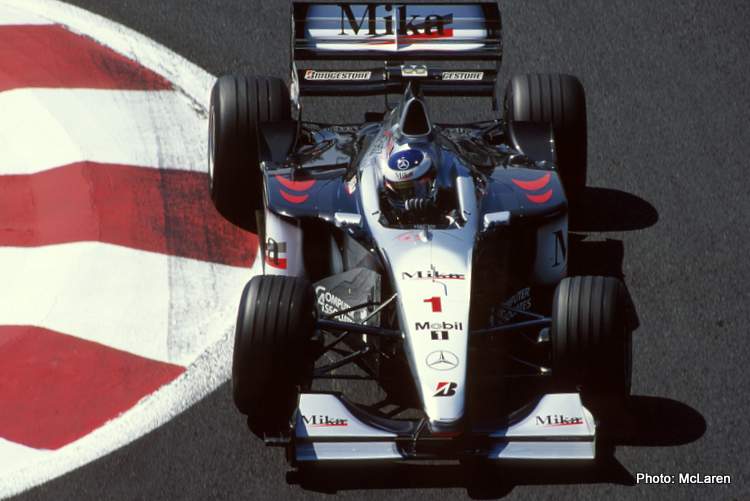 A new motorsports festival created by the team behind Sonoma Speed Festival, announces 2021 date, location and a partnership with McLaren Racing, welcoming some of the iconic brand’s most important race cars to the event.

Velocity Invitational will host its 2021 event at WeatherTech Raceway Laguna Seca in Salinas, California, from 11-14 November,.

The motorsports and lifestyle event, created by the team behind Sonoma Speed Festival, will include a special exhibition of historic McLaren Racing F1 race cars by two-time F1 World Champion Mika Häkkinen along with hundreds of other rare and important historic race cars, fine wine, and gourmet food.

Velocity Invitational builds upon the success of the inaugural Sonoma Speed Festival in 2019 with an event that combines wheel-to-wheel vintage racing, tastings from top California wineries and restaurants as well as other historic and cultural exhibits.

The 2019 event drew thousands of spectators, over 300 race cars and dozens of local wineries and gourmet food vendors. New for this event, all children 15 years old and under will be granted free access to the event when accompanied by an adult guardian.

Just announced, McLaren Racing will bring the 1998 MP4/13A chassis number 02, a 760 brake horsepower V10-powered Formula 1 car driven by David Coulthard and Mika Häkkinen. This was the same car driven by Häkkinen to victory at the Australian GP and now it will take to the historic curves of Laguna Seca.

McLaren will also bring the 2011 MP4/26A and 2012 MP4/27A Formula 1 cars which were driven by Lewis Hamilton and Jenson Button in era, as well as the 1998 MP4/98T two-seat Formula 1 demonstration car which will take a lucky few passengers on a thrilling ride around the circuit.

“We have all missed racing and seeing these extraordinary and rare cars in the past year,” said Velocity Invitational Founder Jeff O’Neill.

“So we’ve decided to make up for lost time with an event that is sure to please both drivers and spectators. With McLaren bringing cars not seen in years that showcase extraordinary technology Velocity Invitational will try to set a new standard for automotive lifestyle festivals in the United States,” added O’Neill.

Zak Brown, CEO, McLaren Racing said, “We are delighted to partner with Velocity Invitational to showcase our McLaren Racing history on track and contribute to one of the most exciting automotive lifestyle festivals in the United States.”

All of the luxurious amenities guests experienced at Sonoma Speed Festival will be returning at Velocity Invitational, including a food and wine pavilion, wine tasting tent, luxury spectator accommodations and much more.

Ticket holders from the cancelled 2020 Sonoma Speed Festival will have their purchase automatically transferred to Velocity Invitational 2021, or they can receive a refund by reaching out to info@velocityinvitational.com. For more information, visit VelocityInvitational.com

McLaren Racing was founded by New Zealand racing driver Bruce McLaren in 1963. The team entered its first Formula 1 race in 1966, since then McLaren has won 20 Formula 1 world championships, more than 180 Formula 1 grands prix, the Le Mans 24 Hours at its first attempt and the Indianapolis 500 three times.

McLaren Racing currently competes in Formula 1 globally and INDYCAR in the US. The team will contest the 2021 FIA Formula 1 World Championship with Lando Norris and Daniel Ricciardo. In 2021 McLaren Racing will race in the INDYCAR Series with drivers Pato O’Ward and Felix Rosenqvist, while Juan Pablo Montoya will compete for the team at the 105th running of the Indy 500 in a third Arrow McLaren SP Chevrolet.