Brundle: I called it a racing incident and I stand by that 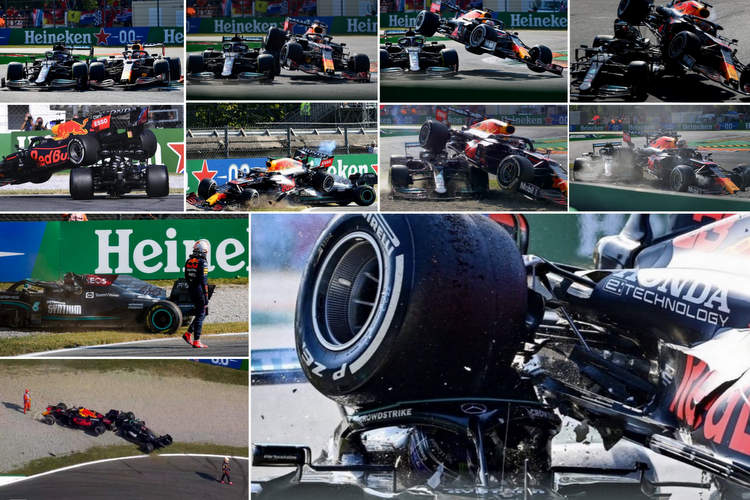 The Formula 1 world has spent the past week in a great debate over the Hamilton-Verstappen crash during the 2021 Italian Grand Prix, with Martin Brundle’s highly detailed analysis of the incident offering one of the most balanced views to emerge in the headline-grabbing aftermath.

Brundle, a former F1 driver turned Sky F1 pundit, knows a thing or two about toxic racing contests as his Formula 3 battle with Ayrton Senna remains one of the most epic championships in the junior series’ history.

He is also considered the least biased of the British pundits on Sky F1, many touting their own patriotic agendas, and moulding the narrative accordingly.

Brundle tends to stick to the facts, and is thus the most credible of the Brit-pack of motor mouths who provide Sky F1 commentary for the island and a large section of non-Brits in the English speaking world.

In the wake of the Monza madness three camps have emerged, those on Lewis Hamilton’s side, others with Max Verstappen, and the folks who see it as a racing incident, which ultimately is how Martin saw it.

Below he explains all angles and how he came to the conclusion.

In his Sky F1 column, Brundle wrote: “To analyse the Hamilton/Verstappen crash rationally we first must separate the bizarre and very scary consequences of the contact which I will come back to. In the vast majority of frequent cases such contact results in scuffed tyre walls or broken suspension and bodywork, or one car spinning out or running wide.

“True to form in this remarkable championship, numerous circumstances dictated that the two championship contenders would end up fighting over the same piece of tarmac. Verstappen falling behind Ricciardo at the start meant that he didn’t pull out anything like the gap expected out front. Meanwhile Hamilton’s poor start in the Sprint race meant he only started the main race in fourth place.

“Red Bull delivered an unusually very slow 11-second pit stop for Max, and Mercedes delivered a steady four-second stop for Lewis. It just so happened that with all of these factors after 26 laps they were destined to meet.

“As Lewis exited the pits he was obliged to stay to the righthand side for the very long pit-exit line which, for safety reasons, obliges drivers not to join the racing line where the cars are doing 200+ mph into a heavy braking zone. Lewis would have been informed it was tight, and as he said afterwards he knew Max was there and duly left him a car’s width as per the regulations.

“This was a key moment for the race and championship and both drivers knew that overtaking a similarly paced car was extremely difficult and they both needed to be in front. Max had the advantage of full visibility and a hot lap under his fresh tyres, Lewis was straight out of the pits and these cars are clumsy to see out of in the mirrors or with peripheral vision.

“The incident can be replayed relentlessly and in slow motion, but it all happened extremely quickly in real time. These two drivers are experienced, streetwise, super competitive, and know all the tricks of the trade and the consequences. There was virtually no time for conscious thought, it was all about reflexes and instincts.

“Max went around the outside of Lewis in turn one, a bona fide move made with his car totally under control. It was not a wild manoeuvre with tyres locked up or suchlike. He would have appeared in Lewis’ vision extremely quickly, and you can hear your rival too in such close quarters.

“The call that Max should have taken to the escape road as a matter, of course, doesn’t stack up because then the ‘move’ is then over as you must to yield position. They both knew he had to complete the chicane on track.

“If this is the expected default course of action why is the escape road full of nasty and potentially car damaging ‘sausage kerbs’, and why are drivers regularly penalised for using them here and at the second chicane?

“Lewis turned in expecting Max to take to the runoff, as indeed had happened the other way around earlier in the race and back in Imola for example. Max hoped there would be enough space, but Lewis gave up yielding back at Silverstone on race day.

“Maybe it was an over-ambitious move but it had to be made. Max was fully committed, perhaps he should have braked or backed out of the throttle but I doubt there was time, and he wanted the pass.

“At the end of the day their rear tyres connected which is quite telling. Maybe Lewis should have yielded and given more space in that split second, he was a long way into the middle of the track towards turn two, but why should he?

“That’s why in live commentary I called it a racing incident and I stand by that. The Stewards have given Max a three-place grid drop for Sochi, and given their copious amounts of car and track data, varied camera angles, and interviewing both drivers, they duly considered it more Max’s fault than Lewis’.

“It must be said that neutral points on race day in Monza was probably a net gain for Max over Lewis given expected car performances, but they’re two world-class drivers really going for it head to head in a championship where literally every point will count come the day of reckoning,” concluded Brundle.

Thus ends what must be the most comprehensive and well-thought analysis of an incredible episode of this legendary championship feud we are witnessing between the two preeminent drivers of this generation, among the best of all time too.

Hamilton vs Verstappen is the conflict that Formula 1 has missed since the acrimony of 2016, when Nico Rosberg dug as deep as he could on all fronts to beat his teammate, or that memorable 2010 season in which Fernando Alonso slugged it out with Sebastian Vettel until the very last race and, of course, the Alonso-Hamilton feud in 2007 that nearly broke McLaren.

This one is already blockbuster stuff, with two serious collisions, and there are still eight rounds to be run which should keep Brundle, and all of F1 for that matter, analysing and debating for months to come.