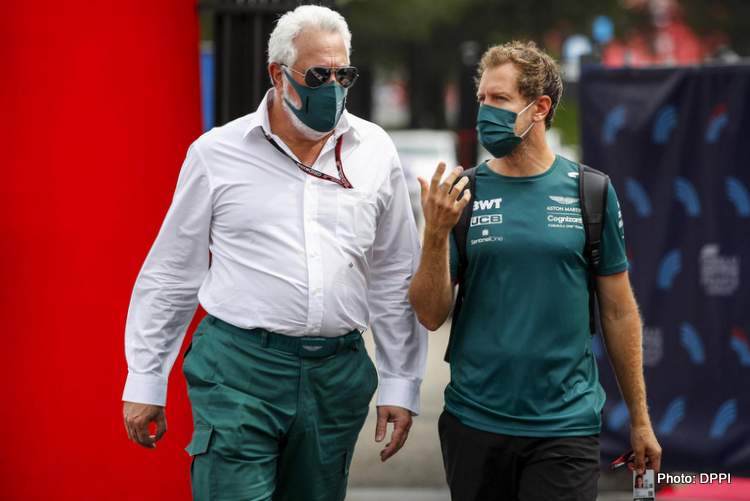 Aston Martin big boss Lawrence Stroll is in Formula 1 for one reason: to win World Championships with his team and, in the light of the latest developments, one would be foolish to bet against it happening.

The journey began with Stroll junior karting with the best kit available through to the junior racing series, where only the best of the best sufficed, and a seat with Williams in F1 in what must have been the most expensive, but thorough, inductions a driver ever had into F1.

With the once-mighty Williams in free-fall after the Paddy Lowe debacle, Stroll senior dipped into his own pocket and put his money where his mouth is and the rest, as they say, is history; well documented at that.

In a nutshell, those developments started by saving a Force India team in tatters, transforming it into the respectable Racing Point which morphed into the ambitious Aston Martin F1 project, to the most recent news including a new state-of-the-art factory being built, a concreted staff hiring campaign, and confirmation that Sebastian Vettel and Lance Stroll will be teammates in Green beyond 2021.

What might’ve been a vanity project is now a very, very serious F1 team and much more.

Speaking to New York Times, Stroll said: “As with every other business I own, my goal is to win. In this case, winning in Formula 1 means world championships, and ultimately that’s what we are striving for, what I’m striving for.

“Of course, we all know that success in F1, or any other business, for that matter, doesn’t come overnight. It takes years to put the right people, the right tools, the right processes in place,” explained the 62-year-old billionaire.

Aston Martin this week, confirmed that Sebastian Vettel and Lance Stroll will remain in the team beyond 2021, showing confidence in the German who has shown glimpses of his best, but is still not out of the woods in terms of personal form.

Nevertheless, after the constant pressure of being a Ferrari driver, at Aston Martin the heat is less intense; team boss Otmar Szafauner explained: “At the beginning, before Seb came here, he said: Look, the reason I want to come is I want to enjoy racing again.”

“If you ask him, which I often do, he’s at a point now where he enjoys racing again, which is good. That’s exactly what he wanted.”

He too has an F1 title-winning dream: “It’s exciting building something from now through to four or five years’ time when, hopefully, we’ll be winning world championships but at the same time, it will be hard work.”

Stroll’s formula for success includes massive investment in staff, development and ready in 2022/2023 state-of-the-art premises based on “discipline, management and winning culture, something I’ve been able to instil pretty well in my previous organizations.

“Last, you need the financial muscle and power to be able to fund Points 1, 2 and 3. So we check all the boxes of how we’re going forward, and with a very clear vision.

“I’ve not made a significant investment in this company not to be fighting for world championships, so we’re going to do whatever it takes, in the rules obviously,” added Stroll, who according to Forbes has a net worth of US$3.2 billion, as of February 2021.

Thanks to Lance and Sebastian for making their mark this year.