Marko: The crash was a normal racing incident 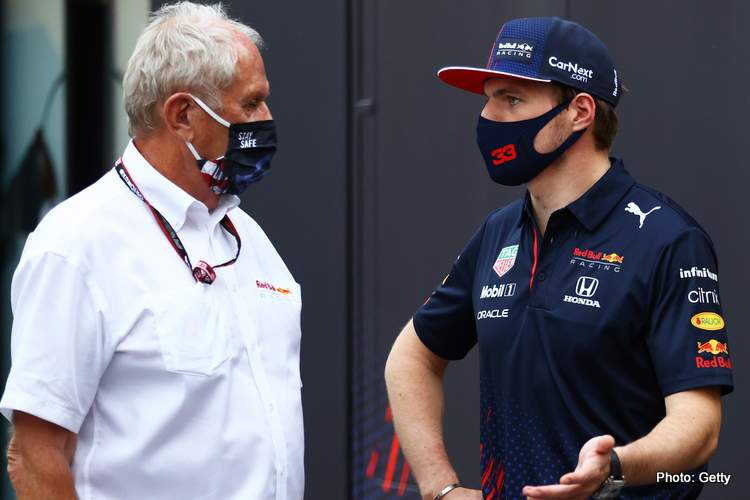 In this free-for-all verbal punch-up in the wake of the Hamilton-Verstappen crash, during the 2021 Italian Grand Prix, inevitably Red Bull consultant Dr Helmut Marko – number one Max fan – has slammed Lewis and Mercedes.

So much has been written about the clash of the sport’s titans at The Temple of Speed that nothing more can be said of what happened, except it has split Formula 1 with one side for Hamilton, the other for Verstappen, and others labelling it a “racing incident” which could have been avoided but was not.

Of the latter camp, Marko of course was not happy, even with his own team who cost Verstappen a dozen seconds during his pitstop, and told OE24 as much: “What annoyed me most was our botched pit stop. That was the only reason why Hamilton came close to Verstappen.

“The crash was a normal racing incident, all the stories around it was Mercedes spin-doctoring. Verstappen had already got out when Hamilton tried to go back to get out of the gravel. The medical car saw that and drove on. And then a show is put on that poor Hamilton is suddenly injured…”

This won’t be the last collision between the pair. According to Miakel at spelbolagutansvensklicens.co “betting companies offer odds not only on the F1 races but a collision between Max and Lewis happening again” in one of the eight championship rounds that are yet to happen this season.

One thing that F1 is united in agreement on, is that the halo saved Hamilton from serious injury, if not his life, as the Red Bull’s rear right hammered down on the cockpit of the Mercedes, only the halo preventing it crushing through the car.

Marko agreed: “Even if I was skeptical at first, I have to admit: Just like in the fire accident (Romain Grosjean in Bahrain)  the halo was decisive in ensuring that things turned out so well.”

While F1 is divided on who was to blame, the FIA Stewards at Monza on the day were not, and penalized Verstappen with a three-place grid drop for the forthcoming Russian Grand Prix, which surprisingly does not perturb the former F1 driver and Le Mans winner: “I don’t get upset about that, even if it was a racing incident.”

Other quickfire questions The Doctor answered were:

While Verstappen is five points ahead of Hamilton, but in the constructors’ standings, Mercedes lead Red Bull by 18 points with eight rounds remaining. Next up; the Russian Grand Prix at Sochi.