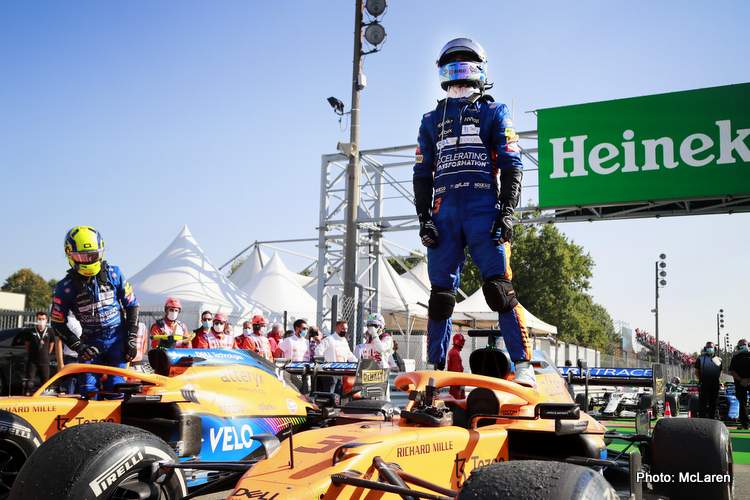 Daniel Ricciardo will get to drive the 1984 NASCAR Chevrolet Monte Carlo of his late idol Dale Earnhardt Sr after winning Sunday’s Italian Grand Prix driving a McLaren which, to him, conjured up memories of Ayrton Senna.

McLaren Racing boss Zak Brown, who has the original number three Wrangler-liveried coupe in his collection, promised Ricciardo back in March a test in the car if he stood on the podium this season.

“I’m like, maybe he gives me the car?” the Australian, who also races with the number three on his McLaren, said hopefully after a one-two finish with teammate Lando Norris at Monza on Sunday.

“It was always ‘a podium, I get to drive it’. We never talked about a win. I gave him my shoe that he drank out of, so maybe he gives me the car. It’s a good trade.”

Ricciardo’s win was McLaren’s first since Jenson Button in Brazil in November 2012, a wait of 3,213 days. It was also their first one-two since 2010.

For the second most successful team in the history of Formula One, second only to Ferrari, who have been around since the very beginning in 1950, in terms of wins and total championships, Sunday was both a beginning and an end.

The end of a long agony of constantly being reminded of their absence from the top step of the podium, a drought matched by that of former champions Williams, but also the start of a return to winning ways.

Ricciardo, who had not won since he was at Red Bull in 2018 and has had a tough time getting to grips with the car since leaving Renault at the end of last year, eloquently summed up what it meant to him.

He said: “There’s like a couple of things today, like two heroes. Dale Earnhardt, big hero of mine, and to have a chance to get behind the wheel of one of his cars is crazy. That will certainly be a ‘pinch me’ moment.

“The other one … I’m sorry if I sound a bit self-absorbed now, but when I think of McLaren I think of Senna. That’s the early memories and I’ve seen the trophies in the cabinet at the MTC (factory) and to have a winning trophy now with my name in pretty much the same cabinet is crazy.”

The team’s boss since 2016, Brown, up on the podium with his drivers to celebrate and swig champagne with surprising gusto from Ricciardo’s sweaty boot, enjoyed the moment.

The American was also mindful of there being a long road ahead for McLaren to get back to where they really want to be: “One win, and last weekend wasn’t very good. So I think we’ve got to keep our feet on the ground. One win at a time.” (Reporting by Alan Baldwin) 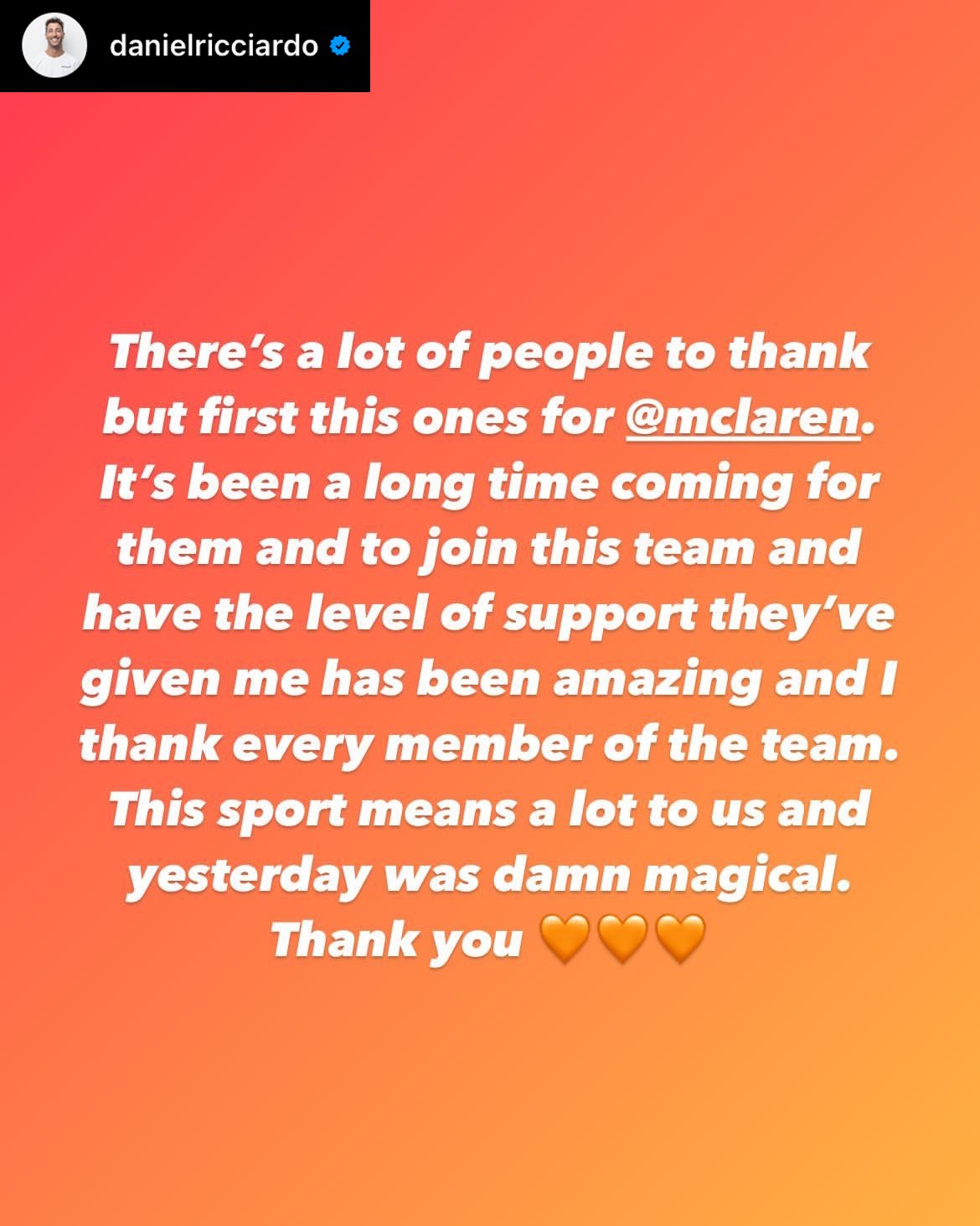