Brawn: It’s clear both drivers could have avoided it 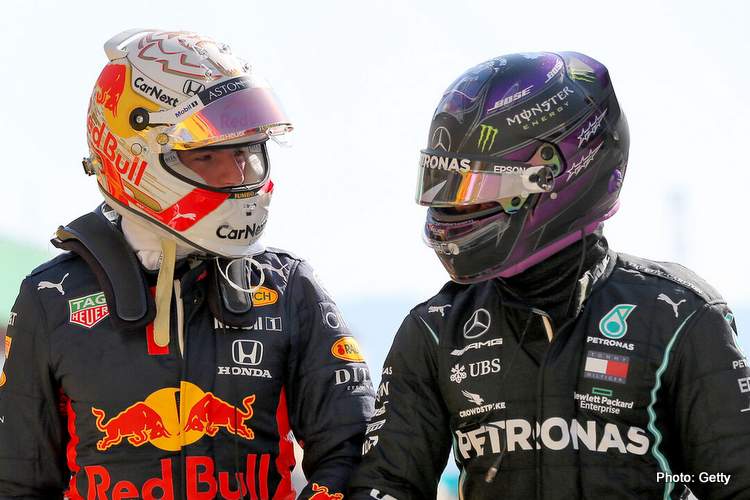 Formula 1 motorsport chief Ross Brawn has told title rivals Lewis Hamilton and Max Verstappen that he does not want their world championship battle to be decided by collisions.

The sport’s most exciting title race in recent memory took another dramatic twist at Sunday’s Italian Grand Prix when Hamilton and Verstappen crashed out.

It marked the second coming together between them in just five races – less than two months after their 180mph collision at the British Grand Prix in July.

Verstappen was blamed for their latest collision, with the Red Bull driver to serve a three-place grid penalty in Sochi a week on Sunday.

But with eight of a scheduled 22-race calendar still to complete, the prospect of another crash between the title rivals is likely.

Brawn, reflecting on Sunday’s flashpoint, said: “It’s clear both drivers could have avoided it. Ultimately I think it’s another consequence of two guys going head to head and not wanting to give an inch.

“It’s a shame they ended up in the gravel because it could have shaped up to be a great race – and we were deprived of that.

“I wouldn’t say it has changed the dynamic – you’ve got two cockerels in the farmyard at the moment and we are seeing the consequence of it – and I don’t think either will back off at any moment for the rest of the year. But I hope the championship is won on the track, not in the barriers or the stewards room,” added Brawn.

Hamilton emerged from the collision fortunate to avoid a major injury. The halo absorbed the crushing impact of Verstappen’s out-of-control Red Bull.

The seven-time F1 world champion, 36, who flew to New York following Sunday’s race, was evaluated by the Mercedes’ team doctor and will remain in contact with the team ahead of the Russian Grand Prix.

Hamilton trails Verstappen by five points in his quest for a record-breaking eighth title.

Mercedes team principal Toto Wolff, claimed Verstappen delivered a tactical foul in Monza to stop his rival from scoring, while 1996 world champion Damon Hill questioned whether the Dutch driver’s actions might have been deliberate.

But responding to Wolff’s claim, his Red Bull counterpart, Christian Horner, said: “I don’t think Max was thinking that. He is thinking, ‘how can I pass the car ahead?’ I would be disappointed if Toto suggested otherwise.”