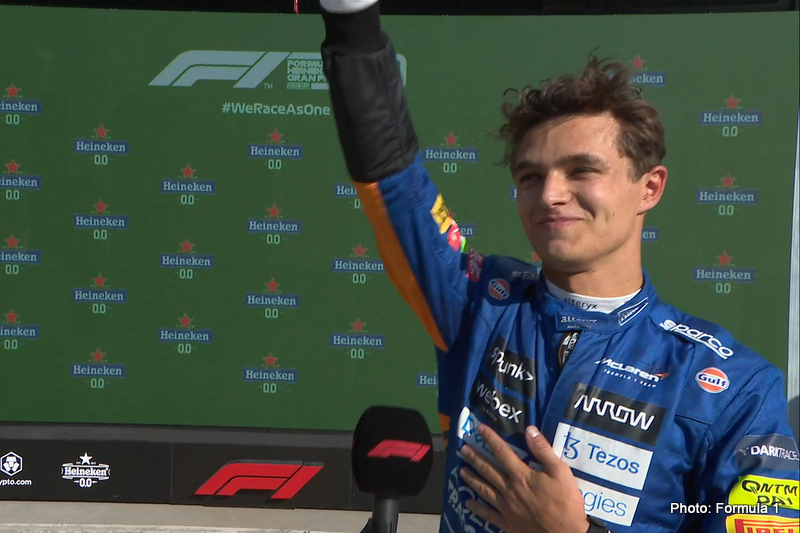 Lando Norris hailed his McLaren team after they secured a first 1-2 finish since the 2010 Canadian Grand Prix, and first win since 2012.

After an outstanding qualifying, Daniel Ricciardo jumped into the lead on the opening lap, while Norris got into third after Lewis Hamilton and Max Verstappen nearly clashed.

Both McLaren drivers were able to withstand the pressure behind them, with Norris later jumping into second when Hamilton and Verstappen retired from the race.

Norris looked to have strong pace throughout, but could not quite get close enough to Ricciardo, before being told by the team to hold station and secure the 1-2 for the team.

The 21-year-old has now finished on the podium four times this season and sits fourth in the drivers’ championship, only nine points behind Valtteri Bottas in third.

“First of all a big thanks to all the fans and to all the team, we’ve had a pretty awesome weekend,” he said.

“It’s been four years since I joined the team, we’ve been working towards this and we got a one-two finally. I’m so happy!”

“I know you’ve been in the position before where you want to go for it but I’m all for playing the long game and for doing it for the team,” Norris added when questioned how he felt about the team orders his team issued.