Bottas: I told the team I was going to be on the podium today 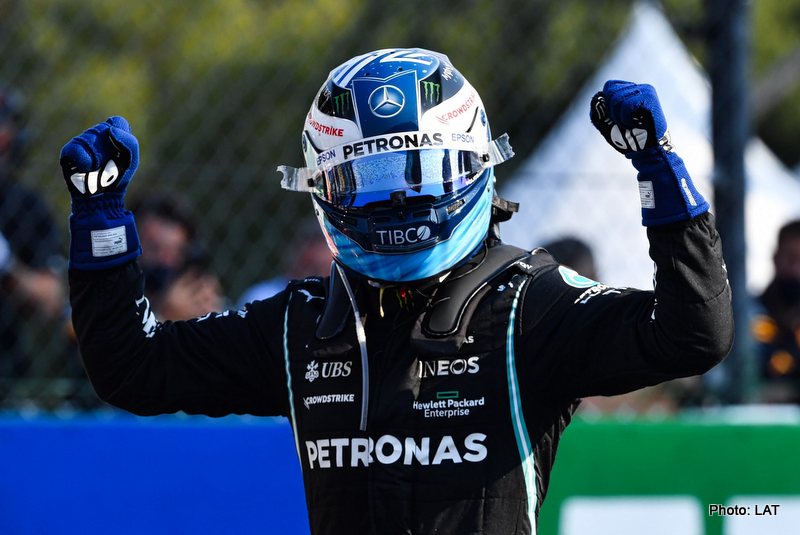 Valtteri Bottas delivered one of the best drives of his career to finish on the podium at the 2021 Italian Grand Prix despite starting from 19th on the grid.

Bottas has been strong all weekend, topping qualifying and then taking pole during the sprint, but had to start at the back due to an engine penalty.

The Finn wasted no time in cutting through the field and was up into the top 10 within the first stint, before capitalising on the clash between Max Verstappen and Lewis Hamilton by climbing into fourth.

A five-second penalty for Sergio Perez saw him promoted up to third and when asked about his performance, Bottas said that he had told the team he was targeting a spot on the podium prior to the race starting despite his lowly grid spot.

“Starting from the back is never easy,” he said after the race.

“I told the team I was going to be on the podium today. I’m glad we got more points than Red Bull today. We maximised from where we started and it was a shame the crash between Max and Lewis. It was fine today.

“It has been a strong weekend from my side and the pace has been good. It will be nice to have one week of rest and go again,” Bottas concluded.