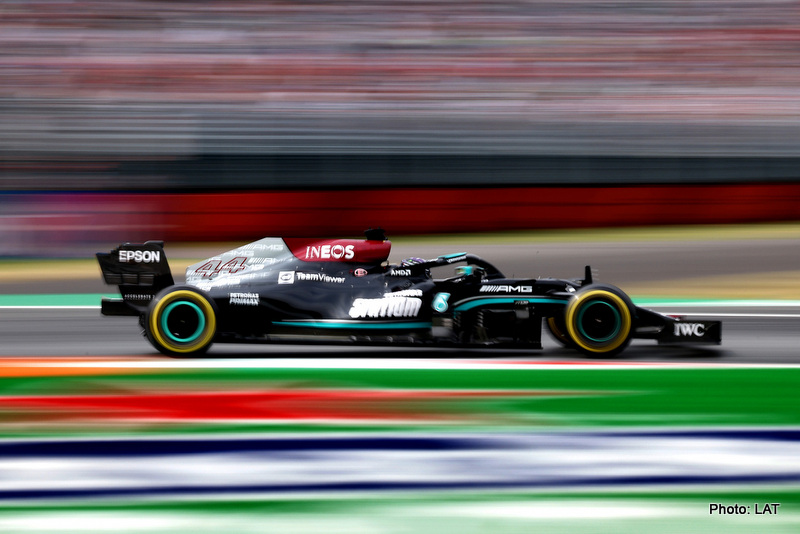 Lewis Hamilton topped FP2 for the Italian Grand Prix in a session dominated by long runs in preparation for Sprint Qualifying.

Hamilton just missed out on P1 during qualifying yesterday as he was pipped by teammate Valtteri Bottas, but was 0.222 seconds clear on the soft tyres with a best time of 1.23.246.

Bottas was second, while Max Verstappen was half a second back in third place. The Finn is sure to start Sunday’s race from the back due to an engine penalty, but has looked quick all weekend and could play a role in the sprint.

Carlos Sainz suffered a big crash at the exit of the Ascari chicane, which caused a red flag delay and disruption to the long runs for much of the field. The Spaniard was visibly shaken up after a fairly severe impact, with the front wing of his SF21 taking the brunt of the impact.

The red flag took just over 10 minutes off the session, with running already limited due to the experimental format in place this weekend.

Big crash for Carlos Sainz as he exits Ascari

Driver has safely exited and says he is OK #ItalianGP 🇮🇹 #F1 pic.twitter.com/cCs5EXUVEj

Sergio Perez starts Sprint Qualifying in ninth but was fourth quickest in FP2, a slight improvement for the Mexican, even if the times were slightly down.

Esteban Ocon was fifth, just ahead of Alfa Romeo duo Robert Kubica and Antonio Giovinazzi. Fernando Alonso, who completed just 16 laps, was eighth, and Pierre Gasly and Lando Norris rounded out the top 10.

Sainz rounded out the field following his crash, his second incident during Saturday practice in consecutive weekends. 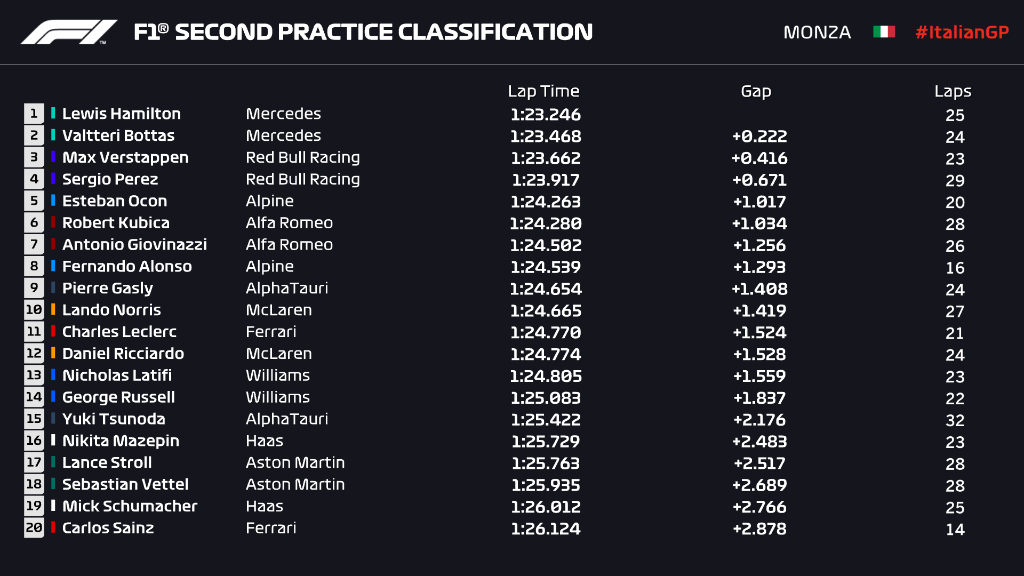