Ferrari: We can expect a very tough race 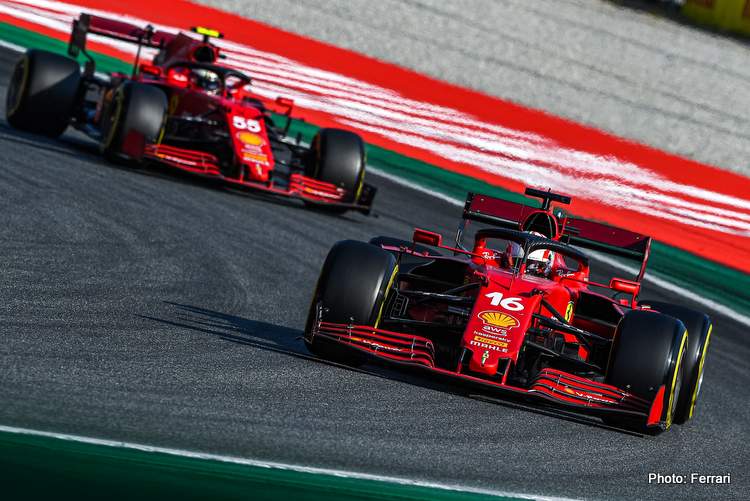 Ferrari have not been as bad as expected this weekend at Monza, but it also has not been easy with Carlos Sainz crashing heavily and Charles Leclerc feeling out of sorts, nevertheless, the Reds are happy how Saturday panned out on home soil.

Leclerc and Sainz finished sixth and seventh respectively in the 2021 Italian Grand Prix Sprint Race but will share the third row as Sprint winner Valtteri Bottas is forced to drop to the back of the grid due to engine-related grid penalties.

Ferrari sporting director Laurent Mekies summed up in the team’s Saturday report from Monza: “The result of Sprint Quali was pretty much in line with the performance level seen in qualifying. Charles and Carlos drove with great concentration for all 18 laps, aware that the slightest mistake could be severely punished on a track that is always demanding.

“It wasn’t easy for either of them, but they gritted their teeth for the final part of a day that, for various reasons, they had not tackled in 100% great shape physically.

“Well done too to all the mechanics who, once again, worked with great energy and at speed to ensure our drivers could tackle this afternoon’s race without any problems. The result means that both cars start tomorrow’s race from the third row of the grid, one higher up than this afternoon.

“We are well aware that the characteristics of a track like Monza mean we can expect a very tough race, but we will do everything we can to give our fans something to smile about, be they here at the track or at home,” added Mekies.

Leclerc said of his race: “We had a good Sprint Qualifying and maximized our potential, finishing 6th and 7th. Due to Valtteri’s penalty, we will each move up a place and lock out the third row of the grid, which is the best we could have wished for.

“I expect the race to be a tough one, because our competitors ahead have had a strong pace all weekend. Our job will be to score as many points as possible, and if we have a perfect race, we can put some pressure on the four cars in front.

“Tyre management will be a key factor tomorrow, especially on the first few laps where you have to push and are at risk of tyre degradation. We have some useful data from today and will work on finding the best front-wing setup based on that,” added the Monegasque.

Sainz, who for a second time in a week crashed in practice to give his mechanics the monumental task of repairing the damage between sessions, commented: “Obviously the crash in FP2 didn’t help our preparation for the Sprint Qualifying.

“My confidence with the car and around that section of the track was a bit compromised and after lap 1, I focused on regaining that confidence little by little. The start wasn’t ideal either, as I had to brake hard when Gasly went into the McLaren and I was stuck behind them, losing a position there.

“However, I’m confident that tomorrow we will have new opportunities and we’ll do our best to score a good result. Last but not least, I want to thank our great team of mechanics for getting the car ready for the afternoon session,” added the Spaniard.

Ferrari are third in the 2021 F1 constructors’ championship, 11.5 points ahead of McLaren. This could change by the end of tomorrow as both Daniel Ricciardo (2nd) and Lando Norris (3rd)  are ahead of them on the grid, with their Merc-powered car very handy around the Temple of Speed.