Wolff and Horner in favour of three car teams 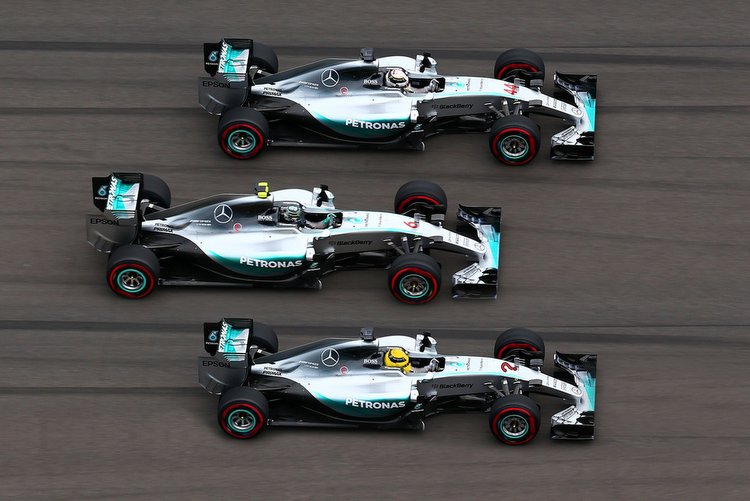 They may be in battle on the racetrack this season for the Constructors Championship, but team Principals Toto Wolff and Christian Horner both feel the need to add more cars to the grid.

Currently in F1, there are 20 drivers consisting of two drivers from ten different teams. Whereas in other motorsports such as IndyCar, a team can consistently run four cars at a time during race week.

With the current model in F1 blocking serious talents coming out of Formula 2 ever making it at the top level of motorsport, this avenue of mandatory rookie drivers in a team could prove profitable for the next generations of the sport to be given a chance.

Toto Wolff says: “What I was always in favour of was not only the mandatory FP1 sessions but adding a race or two, where those young drivers or those rookies need to race, and actually being part of, for example, the Constructors’ Championship.

“Even more radically, if financially it can be accommodated, having a third car with a mandatory rookie driver.

“Suddenly we have a grid of 30 cars, and the smaller teams can finance those seats with funding from the drivers or sponsors. That could be very exciting.”

And with backmarker teams like Williams not relying on pay-drivers anymore to help with their finances, drivers given the chance purely on their abilities looks more likely across the grid.

However with all this being said, F1 is a capped sport for what its teams are allowed to spend. It is this that Christian Horner feels may be the blockage to the proposal, as he says: “There’s a plethora of young guys in F2 that deserve an opportunity and there are just not the seats to go round at the moment.

“With the budget cap, from what I understand, pretty much every single team is on that limit next year.

But ultimately we need between two and four more cars on the grid to enable young talent to have the opportunity to show its colours in F1,” added Horner.