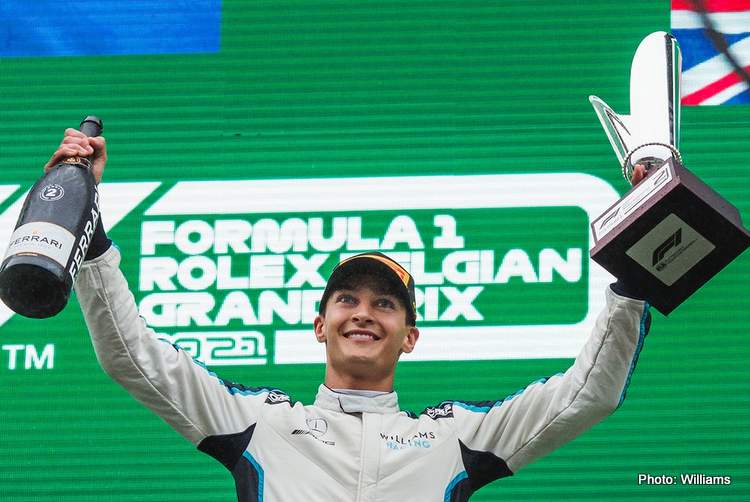 George Russell is adamant he would start on equal terms with seven-times Formula 1 world champion Lewis Hamilton at Mercedes next season but played down the prospect of friction between the two.

The 23-year-old Briton will be Hamilton’s third teammate at Mercedes and the first pairing with Nico Rosberg, who won the 2016 world championship, descended from warm friendship to glacial.

“I am definitely going on level terms,” Russell told reporters ahead of this weekend’s Italian Grand Prix, the first race since the announcement. “That was made very clear to me. Mercedes are always respectful in that regard to give both drivers the best opportunity.”

Russell is replacing Valtteri Bottas, the Finn heading to Alfa Romeo next season and a comfortable teammate for Hamilton since 2017.

Bottas also was assured of equal status but has effectively played a supporting role to Hamilton, who has become the most successful driver in the history of the sport.

That has suited Mercedes well enough, with the team winning the last seven drivers’ and constructors’ titles and wary of returning to the sort of friction-filled set-up of the Hamilton-Rosberg years.

Russell explained: “I think Mercedes have had a clear experience of a poor dynamic within the team, and they have made it absolutely clear that they don’t want a repeat.

“On a personal level as well, I don’t want that either. Lewis and I are at very different stages of our careers, which I think also helps. I have a huge amount of respect for him, just being so much younger and sort of looking up to him as a young karting driver changes that dynamic a lot, too. I don’t see there being any issues at all.”

Asked whether two race drivers of equal ability could be teammates without polemic, Russell added: “I think so…there is no reason why there would be any falling-outs or anything. I’m sure we’re going to race each other respectfully but hard at the same time, as Lewis and Valtteri have over the past five years.”

Hamilton said he did not know what to expect but it had never been his style to demand preferential treatment and nor had he wanted any sort of veto over a teammate: “I remember joining in 2013 and saying to Ross [Brawn, then team principal] that I just want equal opportunity.

“That is the most rewarding position to be in because if you do the work, and you do succeed, then you know you’ve done your job against whoever it is at their best. Winning when someone’s wings are clipped, that’s not something that interests me,” added Hamilton and something Russell does not expect. (Reporting by Alan Baldwin)

Pushing hard and getting prepared for a big weekend 👊 pic.twitter.com/XfQJks8vlf