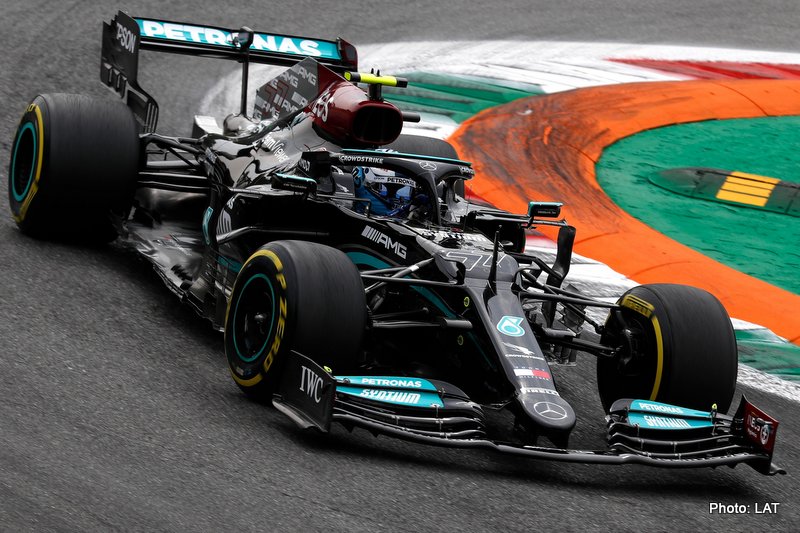 Valtteri Bottas will start Saturday’s Sprint Qualifying from the front after an impressive Q3 performance from the Finn at the Italian Grand Prix.

In the same week that he lost his seat with Mercedes, Bottas grabbed his second “pole position” of the season, even though a grid penalty will see him start the Grand Prix from the back.

Lewis Hamilton was second, around a tenth back, while Max Verstappen found a strong lap on the first run to bag third.

Mercedes looked to have the advantage through Q1 and Q2, but Verstappen and Red Bull found something in Q3 to keep themselves in contention.

With this weekend being the second Sprint Qualifying trial of the season, pole position will be confirmed tomorrow, with points to play for at the front.

Speaking with Felipe Massa after the session, Bottas said: “That qualifying lap was nice. It was good fun. I feel relaxed. I’m really pleased with the team today. The weekend has started nicely.”

YESSSS! 👊 @ValtteriBottas will start Saturday’s Sprint Quali from the front of the Monza grid. 🖤 pic.twitter.com/mIUzlwx3pD

Hamilton added: “Congratulations to Valtteri, that was a mega lap, I couldn’t match it. It’s great to see the Italian fans back, this is a brilliant circuit.”

Verstappen meanwhile acknowledged that Monza is not suited to the Red Bull car: “For us around this track it’s always going to be difficult. I’m still happy to be third here.”

Lando Norris was fourth for McLaren, followed by teammate Daniel Ricciardo, while Pierre Gasly kept up his incredible qualifying run in sixth.

Sebastian Vettel will start tomorrow’s sprint in 11th, missing out on Q3 by 0.031 seconds, with his teammate Lance Stroll alongside him in 12th.

The Aston Martin duo is followed by the Alpine duo of Fernando Alonso and Esteban Ocon, the two drivers separated by less than half a tenth.

George Russell rounded out the top 15 for Williams but said over the team radio that he expects the car to perform well in race conditions.

Nicholas Latifi just missed out on a spot in Q2 from his teammate Russell and ended up in P16, just ahead of Yuki Tsunoda.

The Japanese rookie looked to have got himself in the second part of qualifying, but had his final lap deleted for exceeding track limits and starts Sprint Qualifying in 17th as a result.

Mick Schumacher impressed in 18th, finishing ahead of both Robert Kubica and Nikita Mazepin, with the German almost half a second clear of his Haas colleague. 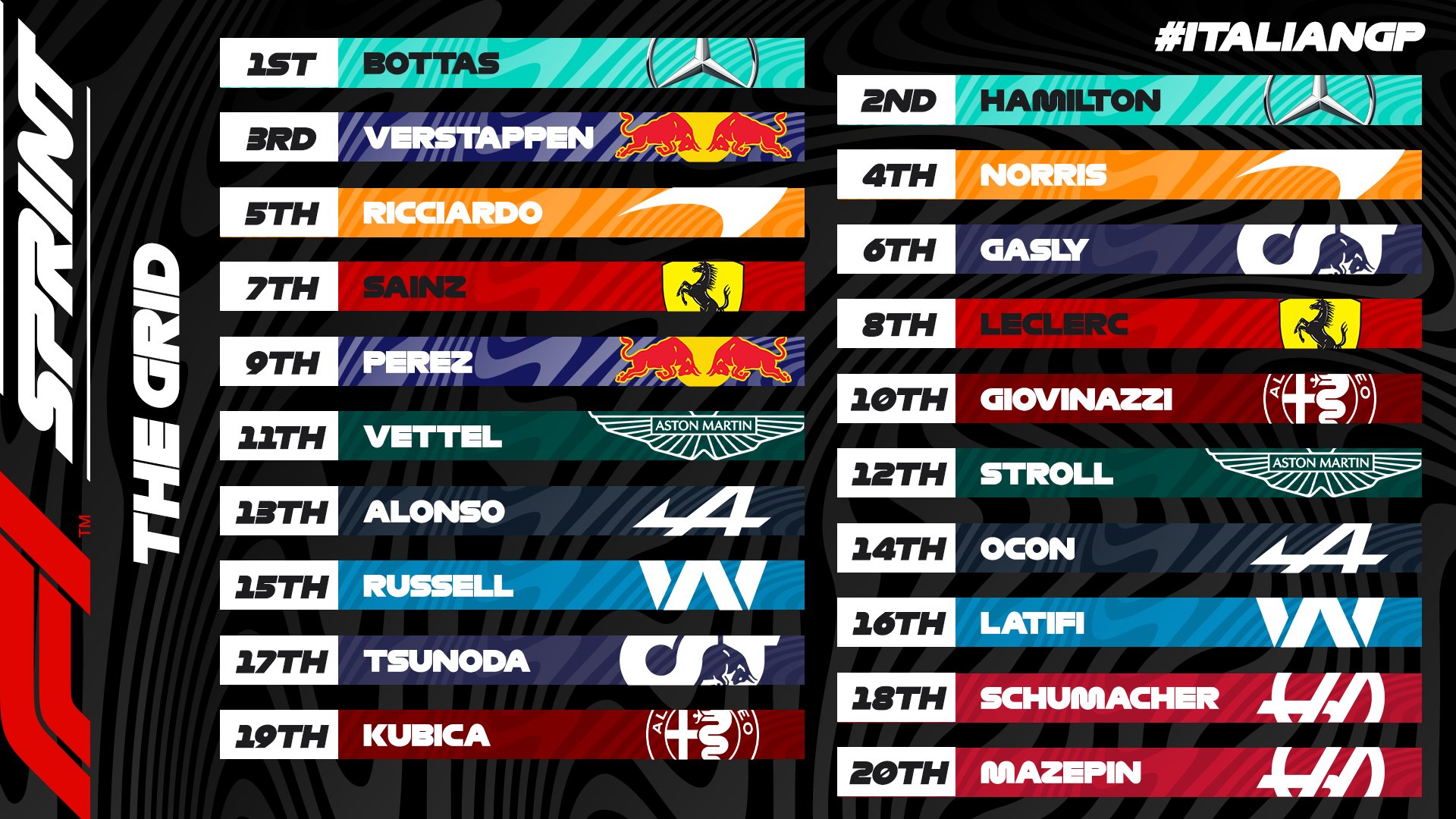 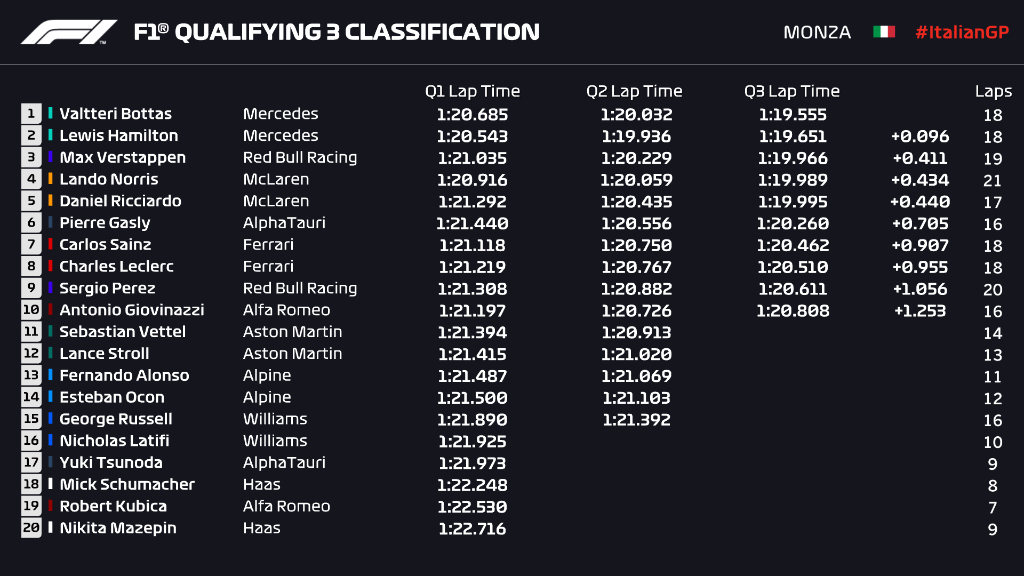 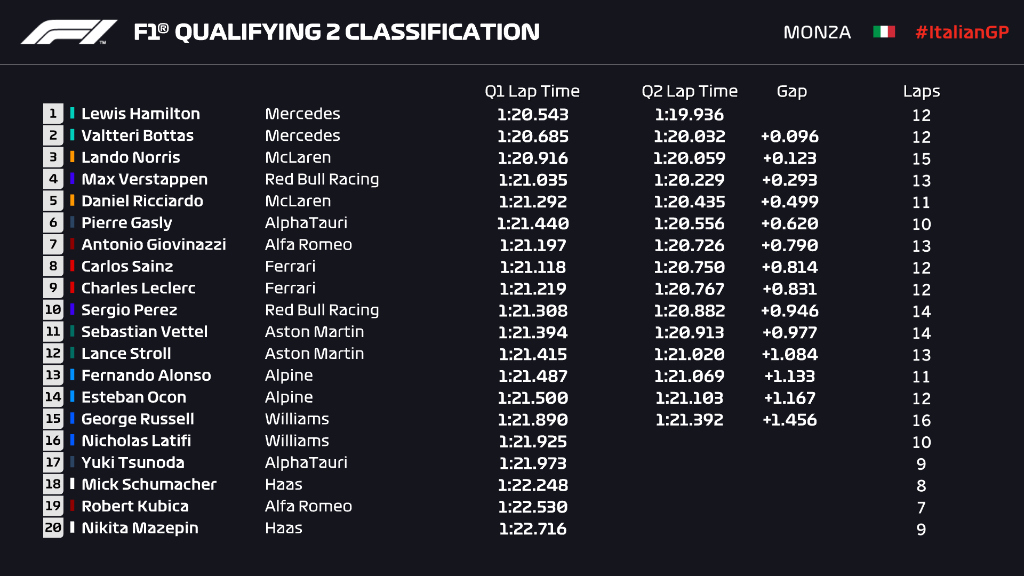 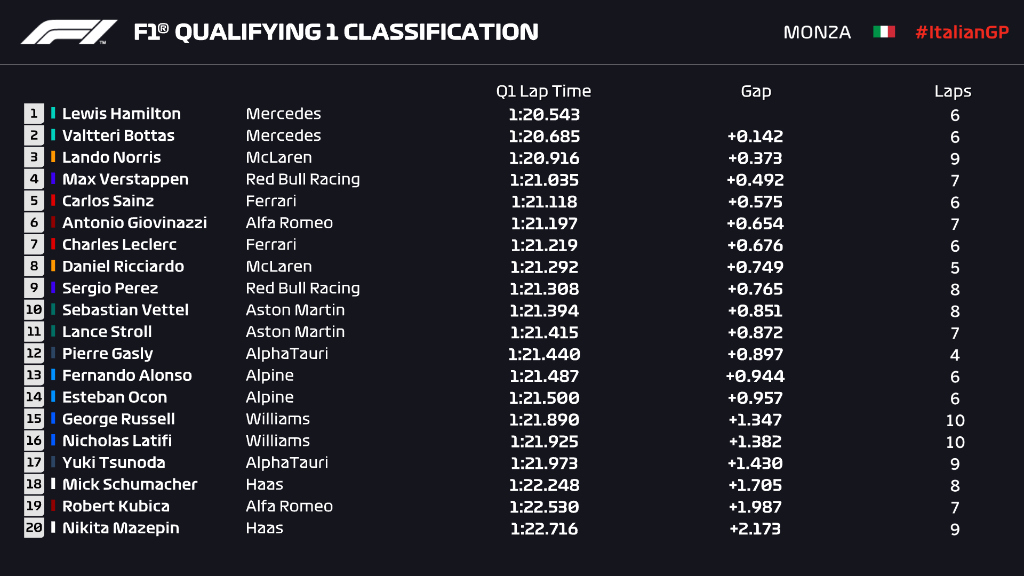