Bottas: It was a beautiful lap I saved for the end 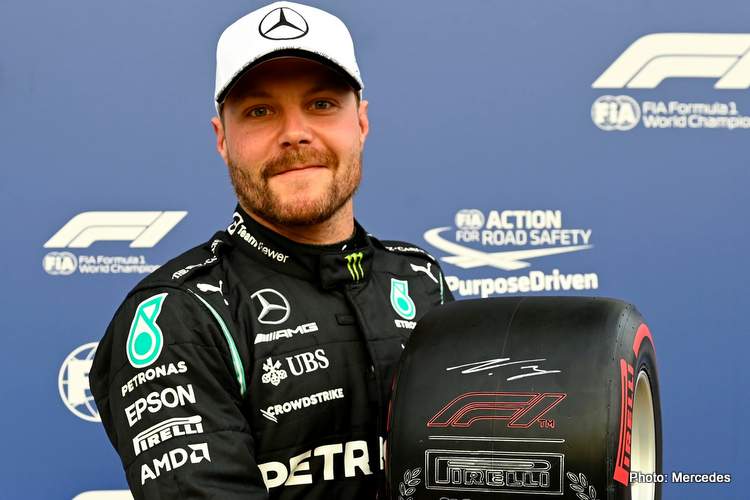 If there ever was another “f@ck you, to who it may concern moment” for Valtteri Bottas, it was this afternoon, as he stole pole position for the 2021 Italian Grand Prix, Round 14 of the Formula 1 World Championship, in qualifying at Monza.

Fresh from being shafted to Alfa Romeo, after four and a half years of loyal service for the World Champions, and amid the intense focus on his teammate Lewis Hamilton’s title battle with Max Verstappen, the Finn popped up to upset the form book in qualifying today.

It was a proper ambush too, as Hamilton had bettered his teammate in both Q1 and Q2, and was four-tenths up on him after the first Q3 run. But Bottas found the magic, he did not deploy enough during his tenure with Mercedes, to steal top spot on the timing screens at the end of the session, by a tenth.

It was a mega lap but apart from the bragging rights, Bottas will line up at the back of the grid on Sunday for the Grand Prix due to engine-related penalties.

Nevertheless, the 32-year old was chuffed with his afternoon’s graft and reported: ” Pole position feels great and I really had fun and enjoyed it out there. It was a beautiful lap, which I managed to save for the end. I felt relaxed in the car and I am happy with our work as a team.

“The car has felt good all day, with our performance a little stronger than we perhaps expected, especially when you look at the gap to Red Bull. Hopefully, it will be similar on the race pace for us.”

Mercedes explained that “Valtteri has taken on his fourth Power Unit of the season, meaning he is set to start Sunday’s race from the back of the grid” which should provide for an eventful afternoon for him as he sets out to minimise the damage.

Bottas explained: “I know I’ll be starting from the back on Sunday with the PU change but the focus is on tomorrow and trying to extract as many points as possible.

“We know Sunday will be a fight, but our pace is good and I’m sure we can finish strong then too. But our eyes are set on tomorrow and hopefully, we have another good day,” concluded Bottas.

Hamilton was impressed with his teammate and said afterwards: “Congratulations to Valtteri, he did a mega lap.”

As was Mercedes trackside engineering director Andrew Shovlin who added: “Well done to Valtteri, a great lap and a well-deserved pole position… even if the rule book says that comes tomorrow.

“It is always a busy day when you only have one hour in free practice to get the car ready and setup for qualifying but we had a productive session in the morning and the car seemed to be working well.

“We looked to have good pace through the sessions and that’s helped us save some tyres so we have all options open to us for the race starts tomorrow and on Sunday.

“Unfortunately, we noticed an issue with Valtteri’s power unit towards the end of the morning session and we didn’t have endless time to investigate so we decided to take a new power unit whilst there was still time to change it. The crew did a great job making sure the car was back together for qualifying.

“That’s going to mean Valtteri starts from the back on Sunday but it’s great that we’ve got both cars on the front row for tomorrow,” Said Shovlin with reference to the Sprint Race, happening for the second time in the sport’s history since Silverstone broke the ice in July. (Additional reporting by Agnes Carlier)