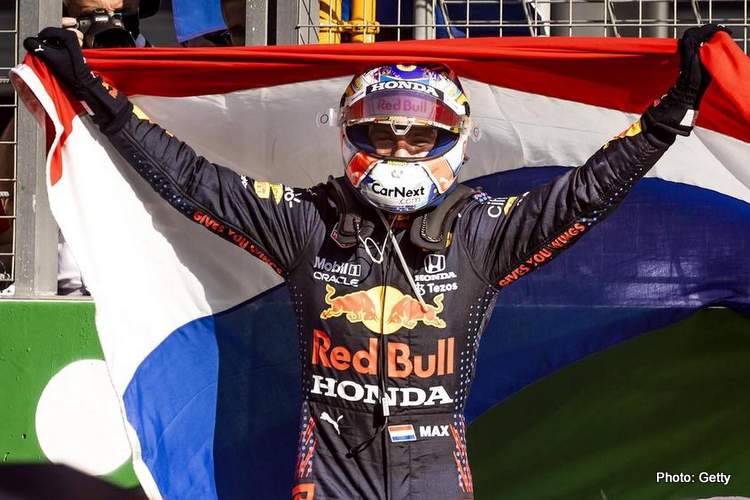 With the returning Dutch Grand Prix now in the history books, the title landscape for this year’s Driver’s Championship has once again changed and with the hometown boy winning at Zandvoort, it also means Max Verstappen has returned to the top of the points standings.

Something that may have been unlikely just a few weeks ago and after a torrid time at both the British and Hungarian Grand Prix’s, it was once again Lewis Hamilton who wrestled back the championship lead for himself.

With Red Bull’s Verstappen being forced out early on at Silverstone, it was left for Hamilton to win in front of his own home crowd and although there was a large point of contention during the race – one that saw the two collide on the opening lap, it did not stop Mercedes earning another race win.

While things got little better at the Hungaroring, as although the seven-time and defending champion Hamilton only managed to finish in second behind unlikely winner Esteban Ocon, his nearest title rival only placed ninth himself.

Which meant the championship advantage had certainly swung the way of the German manufacturer by the time the race results were amended due to Sebastian Vettel’s subsequent post-race expulsion.

An advantage that saw fluctuation in the betting markets and for those who might have chosen to use the android betting app, they would have been largely been tempted to back Mercedes’s main man to win a record eighth Driver’s Championship.

A tally that would see Michael Schumacher’s long-standing record finally broken outright and although such a feat looked a lot closer after events in Hungary, that same feat now looks further in the distance.

That’s because, it has been advantage Red Bull since and with their number one pilot picking up back-to-back victories in both Belgium and the Netherlands, the son of Jos Verstappen now finds himself with a 3-point lead going into the next race on the 2021 calendar.

Of course, it would be slightly remiss to say that Verstappen won the Belgium Grand Prix and although the official records will say nothing to the contrary, it must be remembered that the win was something of a farce.

One that came around after a deluge of wet weather at the legendary Spa-Francorchamps circuit and with just two laps being run in order to declare the result as official, it meant only half-points were awarded.

Then again, a win is still a win and one that would have certainly eaten into the deficit that the 23-year-old had in terms of the championship standings – one that was then reversed by the end of the recent Dutch Grand Prix.

In what was a masterclass on home soil, the Red Bull was off into the distance by the time the first corner had been contested and from there on, all of Mercedes’ best efforts in terms of tactics and driving acumen only came up short.

While they are now short in terms of the championship race itself and with Verstappen now possessing a miniscule lead going into the Italian Grand Prix, every one of those points (or even half points) will count at the end of the season.

Not only that, but with the margin of error being so small between the two main protagonists, it could even be a case of just who has won the most races in 2021 and on current count, Verstappen and Red Bull have a considerable advantage.

That’s because he has now won on seven separate occasions and when compared to Hamilton’s four, it is fair to say there is a very obvious difference in terms of race day success when it really matters.

At the same time, there is something to be said for consistency and with both men being adept and picking up podium finishes in lieu of race wins, just staying in the championship hunt will be just as important.

One that as we’ve seen before, can change in an instant and it would only need a non-points finish or a failure to complete a race, to add another layer of complexity, to what is quickly becoming one of the best title challenges in years.

Much has been made of Mercedes’ dominance since 2014 and when you consider that they have won each of the last seven editions of the Driver’s Championship, perhaps this is providing the sport with the shot in the arm that it desperately needs.

One that also appears before the much-hyped regulation changes that come into place next year and who knows if Mercedes are knocked from their lofty perch, it may well mean the start of a brand-new era within the sport.

An era that sees Max Verstappen as Formula One’s new king and if he can earn success at the upcoming Italian Grand Prix, his hopes of earn a first Drivers’ championship will then become a lot more realistic.