Häkkinen: Max has confidence and focus to win the title 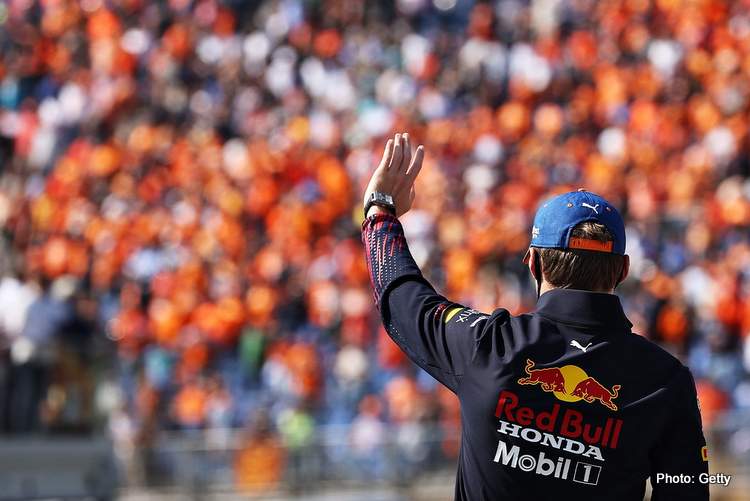 Mika Häkkinen knows a thing or two about epic races and even the double Formula 1 World Champion, like all of us fans, was mightily impressed with Max Verstappen’s historic victory at his home Dutch Grand Prix.

Zandvoort suffered without a race last season, due to COVID-19, but nothing could stop the Orange Army from invading the sleepy seaside resort village, and partying the whole weekend as their hero Max delivered and delivered again.

First party starter was a supreme lap in qualifying which Verstappen and his Red Bull team believed could have been better, and then from pole position the Dutchman went on to record what will go down as his most famous win, fittingly his tenth and what a Sunday that turned out to be!

Häkkinen commented on the race, which he was fortunate enough to attend: “It was really brilliant to be able to attend the Dutch Grand Prix and witness the amazing support which the local fans gave to their hero Max Verstappen.

“I had a great weekend and it was so great to see so many people having fun.

“The organisers did a fantastic job to get Zandvoort rebuilt to current F1 standards. They had a great return on their investment with Max taking pole position, dominating the race and regaining the lead in the World Championship for Drivers.

“He drove the perfect weekend and the Dutch fans went crazy! It was great to see and hear,” acknowledged Häkkinen.

Zandvoort is a far different track to the one which last hosted a Grand Prix in 1985, won by Niki Lauda in a McLaren. Back then it was a tricky place, wind, sand-swept, and notoriously dangerous.

Today it is fully resurfaced, refurbished, and extensively renovated to meet modern F1 standards. The banked corners were a revelation, and what was expected to be an incident-packed race was actually relatively tame, and perhaps not the greatest of on-track contests as overtaking was not easy.

Häkkinen elaborated: “Zandvoort is a short track but I think the designers have done an excellent job to create something that is really demanding to drive. There is no time to relax during the lap and many of the drivers enjoyed the challenge.

“Overtaking was difficult but Sergio Perez showed that it is possible. I am sure the FIA, F1 and Zandvoort will look at the data and decide whether they can extend the DRS zones next year.”

But the day belonged to the fans, who chanted and cheered as Verstappen added an extraordinary new chapter to his sensational career, and he is only 23!

However, the adulation was not limited to the 70,000 fans who attended Zandy daily, but rather an entire nation embracing the exploits of their favourite son on the world’s greatest motorsport stage.

He has galvanized his country, his popularity transcends well beyond F1 much as Michael Schumacher did in Germany and what Ayrton Senna conjured in Brazil.

Häkkinen continued: “I heard that the race attracted almost 90% of the Dutch TV audience – an amazing number, and it shows just how much Max is exciting the wider sports fans in his home country. A Dutch driver on the top step of the podium at the Dutch Grand Prix was really something special.

“We know the Red Bull-Honda is the quickest package. Although the accidents in Silverstone and Budapest damaged Max’s season and allowed Lewis Hamilton to lead the World Championship at the start of the summer holiday, what we saw in Zandvoort shows that Max continues to have the best car under him.

“What is also clear is that he has the confidence and focus necessary to win this World Championship. There was a lot of pressure on him at the weekend – and it is amazing to remember he is still only 23 years old – but he did not let anything distract him.”

Häkkinen also warned that Mercedes are not to be counted out: “They put up a good fight. Lewis and Valtteri Bottas did everything they could to find a strategy that would put them ahead of Max.

“Lewis tried the undercut, but that did not work as Max was too quick and Lewis’s first stop a little slow, while Valtteri ran long in an effort to make a one-stop work. Ultimately there was nothing that they could do to catch the Red Bull.

“One thing which Red Bull need to work on is helping Sergio Perez to support Max more closely because Mercedes will always have Lewis and Valtteri working well together. In such a close championship fight, having a strong teammate is going to be critical to securing victory.”

Mika also weighed in on Bottas moving to Alfa Romeo in 2022: “Valtteri has really proven to be a first-class teammate to Lewis, but I am so happy to see him accept a multi-year agreement to join Alfa Romeo Racing from 2022 onwards.

“With nine Grands Prix wins, 17 pole positions and an amazing 63 podium finishes he has been a strong part of Mercedes, the team winning the World Championship for Constructors every season.

“Being teammate to Lewis is never easy, but Valtteri has pushed hard, never given up and given the team a positive atmosphere.

“At Alfa Romeo Racing he has the opportunity to use his enormous experience to help them develop. With a completely new set of technical regulations in 2022, coming on top of the budget cap which started this year.

“I know that team boss Frederic Vasseur is determined to achieve some big targets in the future. Valtteri is the perfect guy to help them do that, and it’s nice to see the team continue it’s passion for having Finnish drivers!” added the man known as the Flying Finn of F1.

The Silly Season shuffle has Kimi Raikkonen ending his career when the curtain falls on F1 2021 in Abu Dhabi this November, the veteran Finn struck by COVID-19 had to miss qualifying and the race last weekend.

Häkkinen continued: “I was sorry to see Kimi Raikkonen test positive for Covid and miss the race on the same weekend that he announced his retirement from F1 at the end of the season.

“Kimi has achieved a huge amount over the last twenty years, including not only winning the World Championship but also building a really big fan base around the world.

“He has been one of the superstar drivers for two decades. His exit from the sport means that only Lewis, Fernando and Sebastian Vettel remain as World Champions.

“However, unless Mercedes can find some extra speed, I think Max might soon join that list!” predicted Häkkinen in his latest Unibet column.