Inside Line: Lewis and George a match made in heaven? 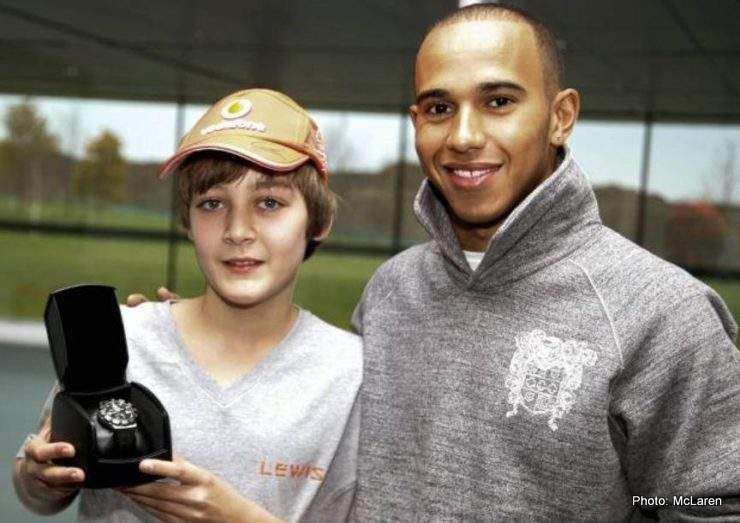 Finally, the truth we have all suspected if not known for some time is official, George Russell will be Lewis Hamilton’s teammate at Mercedes from 2022.

As expected, after Alfa Romeo yesterday confirmed the arrival of Valtteri Bottas to spearhead their campaign from next year, Tuesday, a day later Mercedes announced Russell

The 23-year-old blue-eyed boy of F1 gets his deserved call-up, joining the King of F1 of the past decade – Lewis Hamilton – to create one of the most formidable and anticipated driver line-ups in history.

In F1, where winning requires beating your teammate, this partnership is savoured from all quarters as it pits the future of the sport, which Young Gun Russell represents teaming up with the Old Guard commander-in-chief who is Hamilton, with seven titles and 99 Grand Prix victories to his name.

Russell arrives with little in terms of F1 achievements, other than putting in stupendous efforts with Williams every time he steps into the car, culminating in that fabulous lap (some heavyweights of the sport claiming it to be one of the best of all time) at the daunting Spa-Francorchamps in atrocious conditions, to claim second spot on the grid (in a Williams) and ahead of both Mercs!

Enough said! He could do no more. He could no longer be ignored.

And he has not been. Ousting the ‘world’s best wingman” for one of the hottest properties in the sport signals a succession programme triggered by Mercedes, with 36-year-old Hamilton, primed to pass the baton to Russell when he decides to retire. At the end of 2023 perhaps?

By then Russell will have been firmly entrenched and ready to lead the team in what looks to be an era that is likely to feature a great deal of Max Verstappen and Red Bull, with the likes of Lando Norris, Charles Leclerc, Carlos Sainz, Pierre Gasly and the likes also set to be key players if the new rules do indeed level the playing field.

While Red Bull have their hopes on Verstappen, Ferrari are banking on Leclerc, McLaren on Norris and now, Mercedes have anointed Russell as the chosen one. That’s an amazing cast of characters for the future.

While some relish the downfall of Hamilton, I predict the two Englishmen will be ultra-competitive and set terms of engagement while pushing each other relentlessly until the balance of power tilts one way or the other.

On the other hand, there is always a very, very fine line between teammate harmony and war, and let’s face it this combo has explosive ingredients all over it that will need to be well managed by Mercedes boss Toto Wolff and his team.

They need only delve into their own history of two legends who drove for them in the fifties, the elder statesman Juan Manuel Fangio and his protégé Stirling Moss.

Speaking of his team leader to Motorsport magazine, Moss gave insight into the thinking when he joined Mercedes to partner Fangio, already a legend at the time: “I would have done anything for Fangio. I had that much respect for the man.

“For me, it was the same sort of respect I had for my father, actually. I loved the man, in a different way from my father, but yes, I loved the man. When Mercedes said to me, ‘Look, we’d like Fangio to win this race,’ then it was no problem to me at all. I’d say ‘OK, why not, where’s the problem with that?’ and I was proud to be able to say that within the team.

“But he was different, you see. I mean, my God, I’d never have signed up as number two to Hawthorn for example, or anybody else for that matter. The only man in the world with whom I would have agreed such a thing was Fangio.

“I was never actually officially contracted as the number two, it was more by inference; he was already twice world champion. There’s no other driver in my entire career that I would have considered doing this for,” insisted Moss.

For sure times have changed, nevertheless, there are lessons to be learnt by George and Lewis from Fangio and Moss on how to find harmony in such circumstances.

The dark alternatives are the Ayrton Senna and Alain Prost model, the Hamilton and Fernando Alonso option or Nico Rosberg and Lewis saga, none of which were pretty.

This HAM-RUS legacy starts as a blank canvas, let’s see what it looks like when it is done.

Whatever the case, next year Lewis, George and Mercedes begin one of the most intriguing chapters of F1 history which  I am pleased to be witnessing and sincerely hope real fans embrace it as a sporting contest and not as a platform to promote unrelated and/or malicious agendas.

Russell’s confirmation ensures not only Mercedes but also our sport at the highest level is well served for the future. Let’s savour it.