Gasly: AlphaTauri can do even better in 2022 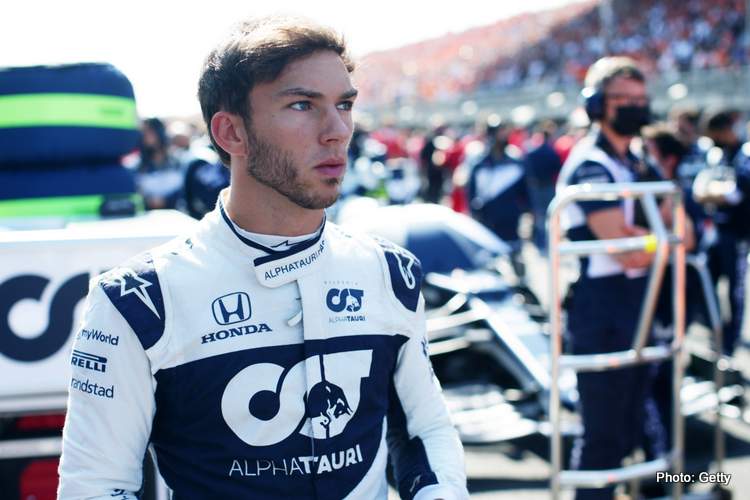 AlphaTauri today confirmed Pierre Gasly would remain with the Red Bull-owned outfit for the 2022 season, the Frenchman is happy to continue with the team he believes will only get better.

Gasly’s new deal – announced today along with Yuki Tsunoda’s extension – was a no-brainer, as he has been one of the standout drivers of the past year and more. Delivering more often than not way above his pay grade with performances that have earned him universal respect.

Sunday’s Dutch Grand Prix a case in point, in which Gasly qualified fourth and finished fourth was a huge achievement as he was only bettered at Zandvoort by one Red Bull and the Mercedes duo.

In the team statement, the 25-year-old Frenchman said of his extension: “I am very happy to be moving forward with Scuderia AlphaTauri for another season in Formula 1, especially after seeing the progress that we’ve made as a team since I first joined in 2017.

“Seeing the performance we’ve shown so far this season, I think there are great things to achieve for the rest of this season and for next year, especially with the upcoming changes to the championship in 2022.

“I’m very excited to see what we can accomplish in the new era of F1 and to keep working with the team as best as I can to bring us forward in the team standings. This year has been very successful so far and I really believe we can work well together to do even better in 2022,” added Gasly.

Indeed he, like every F1 driver, is lucky to be on a grid with only twenty spots, but it could be argued he has done enough to warrant a second crack at the Red Bull seat aka the hot potato of being Max Verstappen’s teammate.

History shows Pierre failed as the Dutchman’s teammate and was ousted after a dozen races, banished back to Toro Rosso (now AlphaTauri) where he has been ever since, now delivering for his team on a regular basis.

And important people have taken note.

Writing in his post-Zandvoort column on the official F1 website, Ross Brawn admitted, “Pierre is acquiring a growing fan club in F1 and I would count myself as a member.

“For him to come back from such a difficult blow after being dropped by Red Bull from their works team and return to win his first race and perform as consistently and strongly as he does with a car which won’t be as good as the works team is fantastic.

“It is a real credit to him that he’s stayed committed. Something will happen for him in the future. He won’t be able to stay in the family if an opportunity to return to the Red Bull works team isn’t coming.

“I think he’s too good for that. I think an opportunity will come at some stage. He’s doing a brilliant job,” added the F1 motorsport chief.

we’ve had some incredible memories so far, we can’t wait to make more next year! 👊