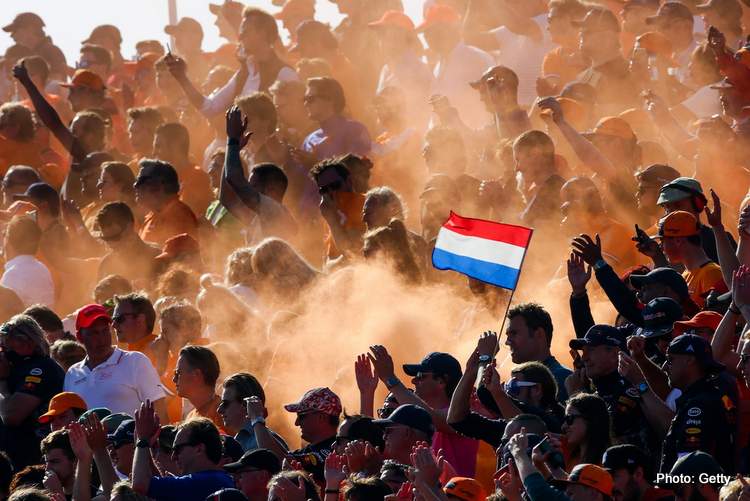 Full flex from Lewis Hamilton and Mercedes was not enough to spoil a dream performance from Max Verstappen and Red Bull at the 2021 Dutch Grand Prix, much to the delight of the Orange Army.

Let’s crunch the numbers and see what really went on in Zandvoort.

I then averaged those times into one single time to compare the delta between the drivers, ultimately representing each driver’s race pace lap time relationship. 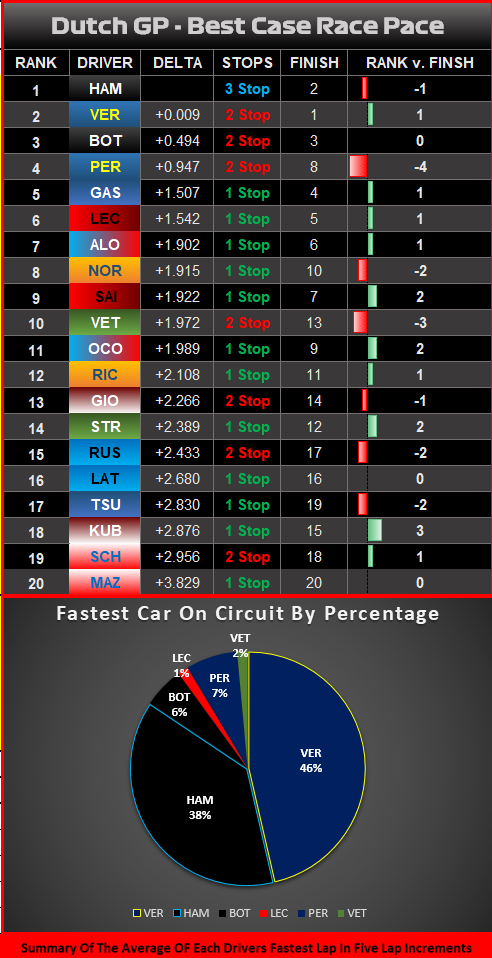 Is it any wonder why Lewis Hamilton and Max Verstappen are considered the best race car drivers alive? Did either driver so much as even lock a tyre? Max drove as if nobody was watching despite carrying the heavy expectation from the Orange Army, a victory and nothing less.

The general consensus was Max had a significant pace advantage over Hamilton so let’s get straight to business. When pulling out each driver’s fastest lap in five-lap increments, it’s Hamilton that was faster on average by 0.009s per lap.

Doesn’t sound right, does it? Since the data from Max and Lewis was so pristine, we can also look from another perspective, comparing each driver lap by lap.

When comparing lap by lap, lap one gets deleted as the cars start ahead of the start-finish line, it’s unusable data in this instance, and we can also delete Hamilton’s lap 70 in-lap to lap 72 as it artificially benefits Lewis. When lap 2 to lap 69 are compared, the average lap time delta between the two results in a 0.020s per lap advantage in Verstappen’s favour. The numbers complement Verstappen’s excellence, controlling the Dutch GP, as his pace advantage was only marginal to that of the Mercedes if any.

Red Bull’s Christian Horner said getting around Bottas was the most critical phase of their race, not because there was any belief that Valtteri was on a winning strategy, but due to the potential of being pushed into Hamilton. It’s an interesting statement.

Nico Rosberg pretty well forced Mercedes’ Toto Wolff to accept that Lewis Hamilton was pit too early and should have been put on the hard tyre in his final stint.

Post-race, Valtteri said being on a one-stop strategy meant he was managing tyres from start to end.

A glaring hole in Mercedes’ strategy and one that has not been discussed, was the squandered opportunity to get Bottas back ahead of Verstappen on the basis of a theoretical pit stop after being passed on track for the lead.

It’s a reasonable expectation that it would have been imperative to get Bottas on new tyres and claw back the time to Verstappen, putting Red Bull under tremendous pressure. It would have also made Hamilton’s second stop potent.

Bottas, hidden behind the lead battle after getting passed at the finish line put in a disastrous in-lap. Valterri did lose time moving over to allow Hamilton by but Bottas was over a second slower on his in-lap than Nikita Mazepin who pit two laps later.

The lap times indicate Mercedes did task Bottas with getting back in the fight, but the astounding time lost on his in-lap made the mission impossible. 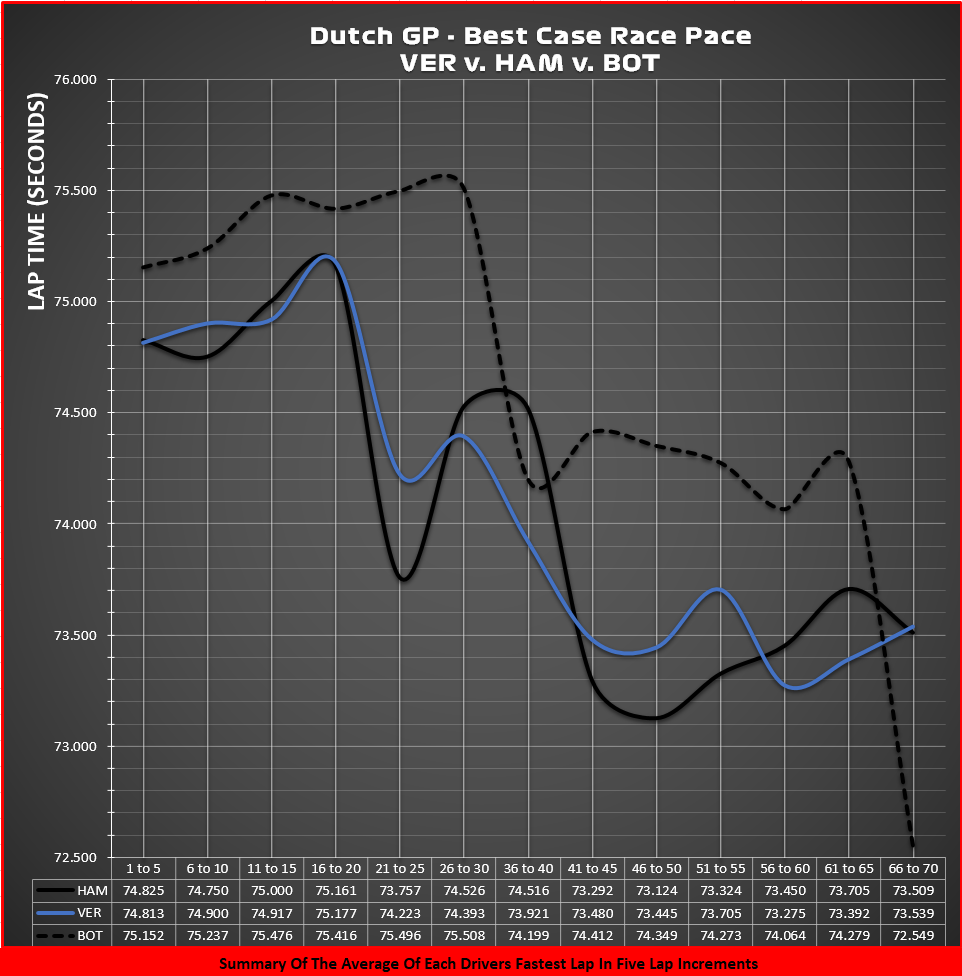 A great qualifying lap, spectacular race pace, an appropriately fast in-lap, and absolutely crushing his teammate, Pierre Gasly was the real driver of the day. Pierre Gasly was faster than his rookie teammate Yuki Tsunoda on every single comparable lap available.

Ferrari had a successful points haul on Sunday putting more space between themselves and their main rivals McLaren, now six points ahead.

Charles Leclerc was significantly better than his teammate Carlos Sainz who struggled and failed to hold onto his sixth-place finish. Despite Sainz’ struggles, he bettered both McLaren drivers who only mustered a single point for McLaren.

The early grievance from Esteban Ocon claiming to be held back by his teammate Fernando Alonso didn’t age well as Alonso went on to clearly outperform his young French teammate.

The fallout from the Hungarian GP continues for Aston Martin as they have slipped out of the championship battle, with Aston Martin now 31 and 37 points behind AlphaTauri and Alpine, respectively.

Nikita Mazepin put in his strongest performance to date. While the BCRP chart above shows him significantly behind his teammate, that’s only due to an early race exit.

When Mazepin and Mick Schumacher are compared directly for the portion of the race completed, Mick has a lot more to complain about than being raced hard on track by Mazepin, as he was significantly outclassed by the numbers, approximately 0.300s per lap to be exact. 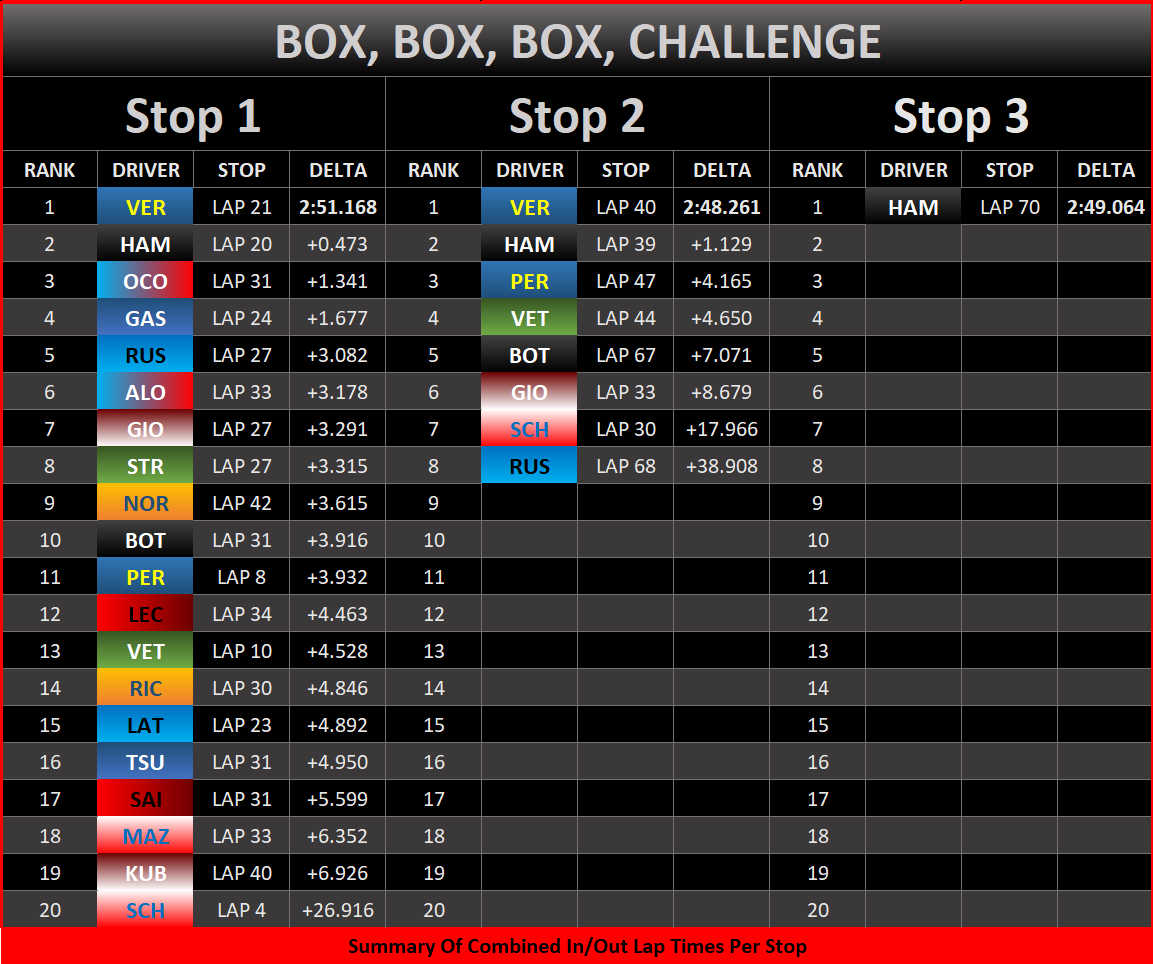 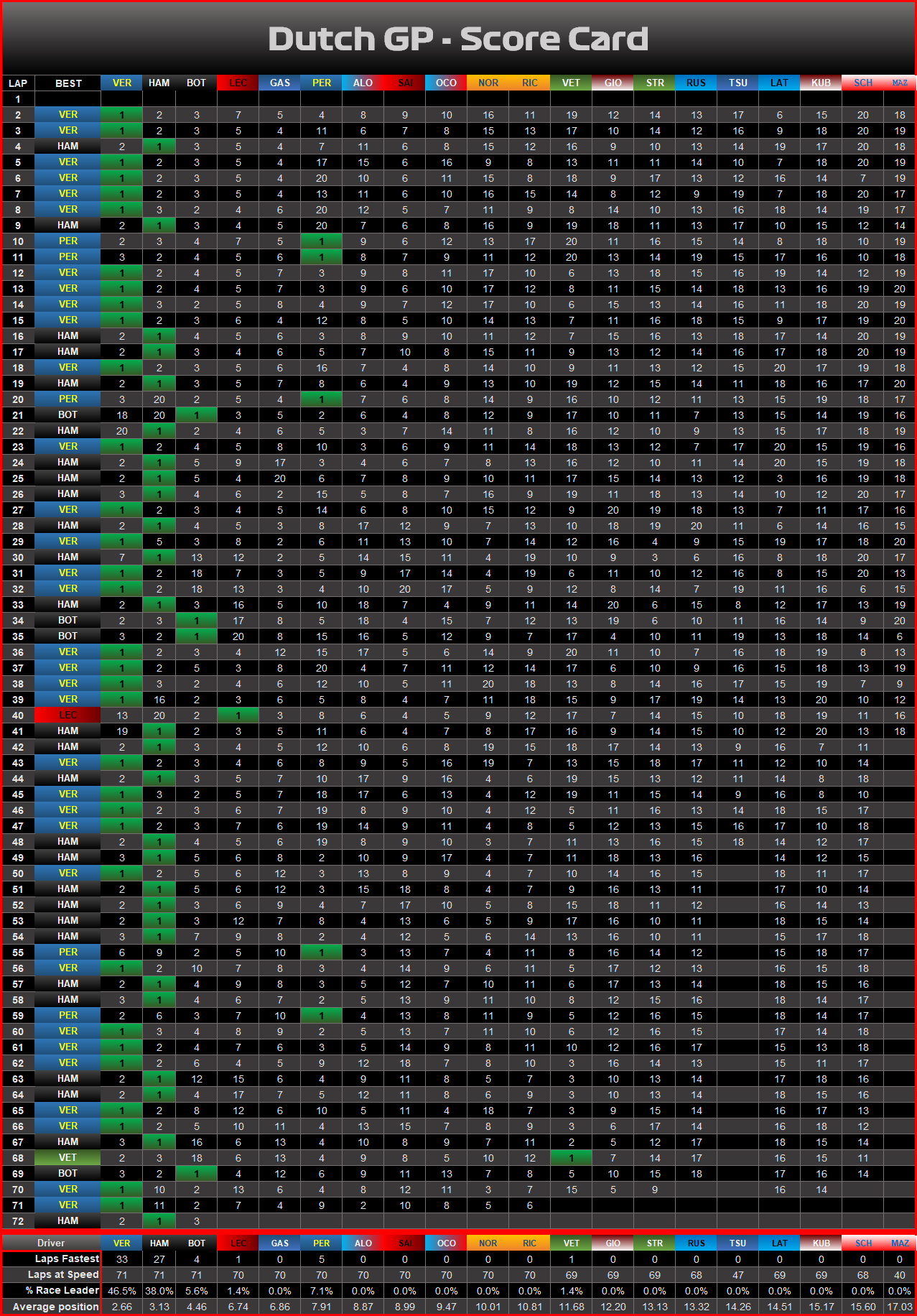