Brawn: Nobody can sit with Max at the same team 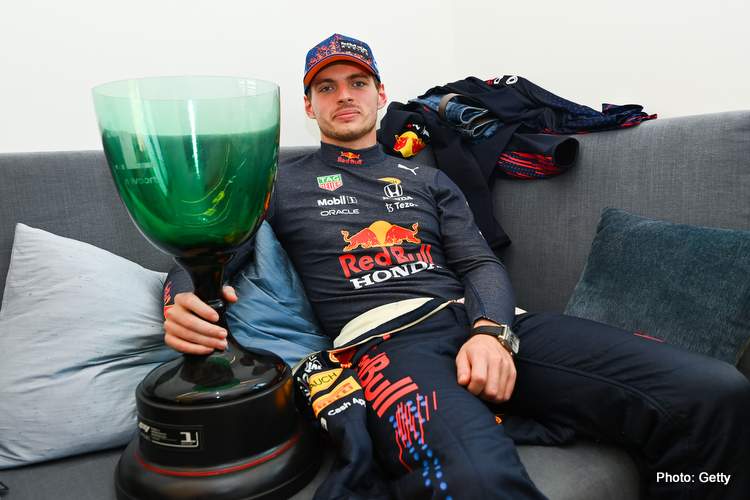 In front of an adoring all-orange home crowd, on Sunday, Verstappen scored what will surely go down as his most famous victory in what might not have been a riveting race, but rather an occasion that will be remembered for a long time as a real ‘I witnessed that’ moment in F1 history.

To win in F1 you first have to beat your teammate, and that is exactly what Verstappen has done to anyone they have stuck next to him in the Red Bull garage. And some formidable names too: Daniel Ricciardo, Pierre Gasly, Daniil Kvyat, Alex Albon and now Sergio Perez.

Not that his teammates have been or are no good, quite the opposite, as these drivers are among the best of the best but Verstappen is simply better, says Brawn in his post-Zandvoort column: “We’re seeing that nobody can sit with Max at the same team. It’s a compounding effect. I saw it with Michael Schumacher and his teammates.

“The difference between two drivers in the same team can be small, but somehow it gets multiplied because of the frustration of never being able to close that gap to these truly exceptional drivers. You end up trying too hard or overcompensating and that pushes you back. We saw it with Pierre and Alex Albon and we’re seeing it with Sergio.

“Max is just exceptional and coming to terms with that with a driver in the same team is challenging,” added Brawn, who was an instrumental senior member of the Ferrari team that enjoyed so much success with the great Schumacher in the cockpit at the turn of this century.

After Round 13, Verstappen now leads the F1 World Championship by three points over Lewis Hamilton, who finished second on Sunday after a dogged chase, victory meaning he has regained the momentum in the seesaw battle that is this year’s title race.

If there was a place where his temperament would be seriously tested, it would have been this past weekend at Zandy.

A race that was literally made for him, and of course the Orange Army invaded the sleepy seaside village for the 31st running of the race in The Netherlands.

Royalty dropped in as did just about every who is who on the Dutch A-List, with grandstands heaving with Max-mania all weekend, celebrations and parties were launched countrywide for their hero at the end of qualifying and after the race of course.

The demand for his services, interviews, appearances and the like was relentless all weekend, as it tends to be when drivers race at home, but this was at another level of intensity.

However, the pressure did not get to the 23-year-old at all as Brawn observed: “Max is a pretty chilled character, even with the pressure of fighting for a world title. We all saw him at the beginning when he was young and learning. Making mistakes but learning. Now he is the complete item.

“He drove a faultless race weekend and I can’t think of anything he did wrong in what for some people would have found very distracting circumstances.

“To have the level of support he enjoyed at Zandvoort with the tension and the focus on him can be a distraction, but he handled it magnificently. It was a brilliant performance, and he deservedly reclaimed the championship lead,” said Brawn.

In the retrospect, it was not the most exciting of races on Sunday but paradoxically it will go down as one of the most famous and significant victories of Verstappen’s incredible F1 journey.

Perhaps, it’s even the final confirmation of a new F1 era in which he will play a starring role for a very long time to come, with Sunday’s race the ‘opening scene’ of the sport’s new chapter.

In closing, Brawn also praised the Zandvoort organisation who were denied a race last year due to COVID-19: “We should give compliments to the promoters after what was a fantastic Grand Prix weekend. The place was packed and that created a fabulous atmosphere.

“They have done a fantastic job, been a delight to work with and they have produced a marvellous track. The drivers have really enjoyed it – and that is great to hear. I’m very much looking forward to returning next year,” added Brawn. He will not be alone!