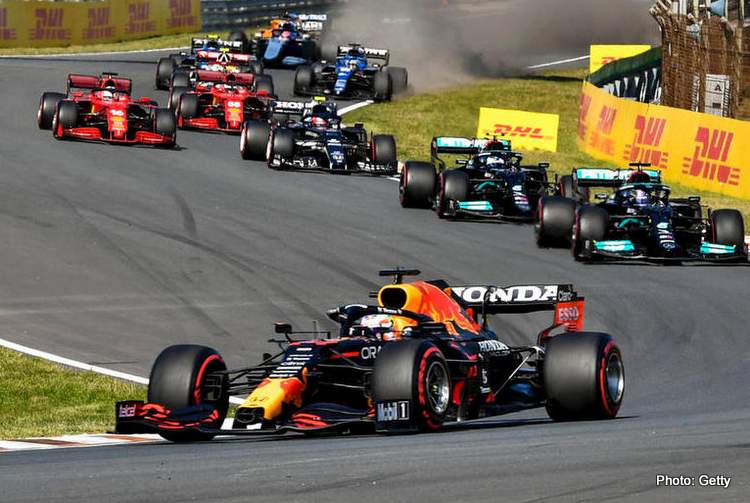 After a long-awaited 36 years away from the Formula One calendar, Zandvoort was back for the 31st running of the Dutch Grand Prix

The tricky and extremely quick beachside circuit was once again home to thrilling speeds and excitement, which fans in the grandstand certainly looked like they were enjoying.

And with almost everyone in attendance cheering on their championship contender and fellow flying Dutchman, Max Verstappen, the atmosphere was truly incredible to spectate.

However onto the race and so here we go, my drivers ratings for the 2021 Dutch Grand Prix weekend.

A faultless weekend. A mature drive. A statement to Mercedes and Lewis Hamilton that he can perform in the highest intensities as a Formula One driver.

I say all this as Verstappen would have felt immense pressure driving at his first home grand prix in front of the fanatic following that came to support him.

And did this have any effect on him, well yes it did, it made Verstappen extremely quick on Saturday (even without DRS in Q3) and throughout the 72 laps of the circuit come Sunday. He rose to the occasion and thrived in it.

Verstappen also now retakes the lead in the Driver’s Championship, and heads into Monza next weekend high in confidence once again.

Given the relentless support and speed in favour of Verstappen across the whole race weekend, I’m confident Lewis Hamilton will be satisfied with second place and fastest lap this weekend.

Narrowly missing out on pole by 0.038s on Saturday always put Hamilton on the back foot for Sunday given the difficult nature to overtake around Zandvoort.

And he did all he could, he drove as good a drive as he could and only came second due to the Red Bull being the much quicker package.

This weekend for Valtteri Bottas must have felt strange. At a time when everyone is speculating George Russell’s surely imminent announcement as a new Mercedes driver (worst kept secret ever by the way), Bottas would have surely been keen to show why the team shouldn’t let him go.

However, that never really happened nor looked like happening all weekend.

From lights out he struggled to keep in close contact to his teammate and ultimately became the supporting driver to Hamilton, a job he would now be familiar with.

A fastest lap was also advised by the team to avoid and soon taken away from him by Hamilton at the chequered flag.

Basically every race weekend I have the same feelings about Pierre Gasly, with these feelings being that Pierre Gasly is an outstanding racing driver.

The AlphaTauri driver once again outperformed his car on Saturday, clinching P4.

As for Sunday, Gasly was not involved in much drama or racing but managed to maintain a good distance between himself and the rest of the midfield. A truly terrific performance once again.

Charles Leclerc also had a race weekend he could be proud of.

A small mistake in Q3 on his flying lap ruined his chances of a high-qualifying finish, especially after topping the standings in Q1 and finishing second in Q2. However P5 was still an impressive display of his one-lap pace.

As for the race, he tried to keep close to Pierre Gasly but just couldn’t maintain the performance to catch the Frenchman.

Once again Fernando Alonso shows the younger drivers on the grid how it’s done.

A disappointing qualifying of P9 was soon forgotten with a trademark Alonso start, moving up two places in the early stages of the race.

Towards the end of the race, a smooth DRS pass on Ferrari’s Carlos Sainz which came as a delight to Alonso, was enough to secure the Spaniard P6 at Zandvoort.

A mixed bag kind of weekend for Carlos Sainz in the Netherlands.

Having crashed in FP3 to then qualify P6, things were looking more optimistic than pessimistic.

But with his race pace far slower than teammate Leclerc throughout and failing to defend against the raging Alpine of Alonso, Sainz may look back at this weekend with frustration, given Ferrari’s pace advantage over the rest of the midfield.

Similar to Sainz, this weekend was a mixed bag for Sergio Perez.

A disastrous Saturday seeing him exit in Q1 was further worsened on race day as he flat spotted his hard tyres early on.

But things from then on began to flourish for the Mexican, finding the pace that we knew the car had, and managing to overtake a large number of the field on the tricky circuit to land himself P8 come the chequered flag.

And given the number of overtakes and nature of the circuit he was named F1’s Driver of the Day, a well deserved award for his efforts.

I really couldn’t blame Esteban Ocon if he was still feeling the aftereffects of his race win at Hungary if I’m honest.

A strong qualifying with P8 on Saturday was quickly outdone as he lost out to teammate Fernando Alonso at the race start. In terms of race pace, it was mediocre although he was looking to constantly overtake Alonso, but in the end couldn’t come to fruition.

This ultimately held Ocon up to be passed by Perez and leaving him P9, although I feel he will still be satisfied with the points.

Lando Norris wrapped up the points scoring drivers with a P10 this weekend.

Norris and McLaren experienced an unusual Saturday as they barely managed to get into Q2, ultimately qualifying P13.

A quality first stint helped him jump up four places, although his defence when being overtaken by Perez left a lot to be desired. Norris will for sure be hoping for better fortunes at Monza next week.

Experienced pretty much the polar opposite to his teammate above. His pace seems to be improving though with good recent qualifying form but needs to start holding his own against Norris come Sunday, where the points are won.

Suffered on Saturday with the red flag at the end of Q2. Race pace was non-existent and never looked like scoring any points. He did manage to beat his teammate on both days though so there’s a little bit of joy for Stroll, I guess.

One to forget for Vettel, simple as that. Chaos exit in Q1 when his hot lap was interrupted at the very end with the two Haas cars squabbling over track position. Add a spin at turn three on Sunday into the mix. Nightmare.

A fantastic qualifying for the Italian as he stuck the Alfa Romeo P7. He was looking good for a points finish but for a puncture, which all but ended that hope. In a time where his future is unknown, the Italian will wish for better luck next weekend at his home race.

Fair play to Kubica. A late call up to the party after the recently retiring Kimi Raikkonen was unable to race due to testing positive for Covid-19.

All this said and done, he did a perfect job, out-qualifying both Haas cars and finishing above both in-form Williams. Kept it clean which is all the team would have wanted, well done to that man.

Mixed emotions on Saturday as the Canadian made it into Q2 to then crash at the end of the session. As for the race, we didn’t really see him on the broadcast, think he just had a quiet afternoon dander in front of the Haas drivers. Usual service has resumed.

Russell mate, what are you doing down here? Again like Ocon I’ll forgive Russell for maybe still being hungover since Spa after his first podium in F1. Mr. Saturday wasn’t Mr. Saturday this time round as he crashed in Q2 pushing too hard into the last corners.

Speeding in the pit-lane and resulting in a penalty ended any chance something happening for Russell, but it looks like he’s off to Mercedes so let’s not feel too bad for the lad.

Disaster with his teammate Nikita Mazepin on Saturday won’t do anything to help their relationship. Although he did out-qualify Mazepin so there’s something for Schumacher to be happy about.

Massively out-qualified again by Gasly shows the drastic levels of performance currently between the two. Unfortunate with his DNF but it wasn’t looking like a points finish regardless. Needs to really start showing consistent pace or else like I said last week, I feel his seat may soon be under question.

Like I said with Schumacher, Saturday for the Haas drivers was one to forget quickly. Publicly criticising Schumacher however will not help that matter end smoothly I imagine. Only fait though to give Mazepin a positive, he was beating Schumacher before his DNF.