Verstappen: It was just an amazing day 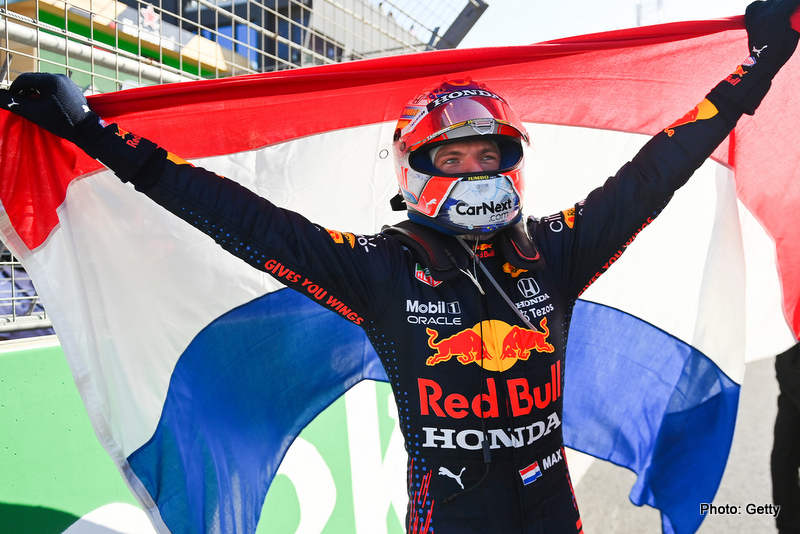 Max Verstappen described his home race win as “amazing” after becoming the first Dutch driver to taste victory at the Dutch Grand Prix.

Having secured pole position on Saturday, the 23-year-old did not disappoint his massive following and drove to an impressive victory despite pressure from Lewis Hamilton in second.

With Hamilton and Valtteri Bottas at Mercedes’ disposal, Verstappen rebuffed their attempts to jump ahead with strategy, pulling off a vital move on Bottas who had been left out to hold the race winner up.

From there, Verstappen kept Hamilton at arms length, and was able to hold off another attempted undercut, before completing his final stint on the hard tyre.

Looking back on his seventh race win of the season and first home victory, the Dutchman said that the entire Red Bull team can be pleased with the performance and result.

“As you can hear already, it is incredible because the expectations were high going into the weekend and it’s never easy to fulfil that,” Verstappen said.

“But I’m so happy to win here and to take the lead as well in the championship. It’s just an amazing day with the whole crowd. Incredible.

“It’s definitely a very good day. The start was very important, I think we did that well. Of course, Mercedes tried to make it difficult for us but we countered them all the time really well. We can be pleased with the whole team performance today.” (Additional reporting by Agnes Carlier).