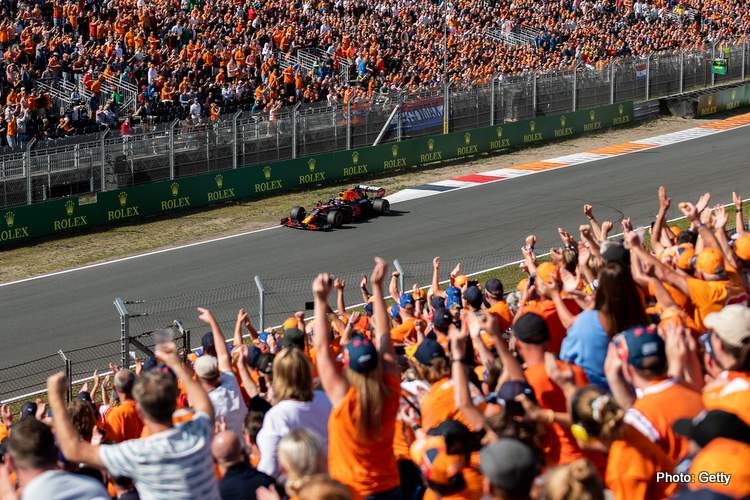 As 70,000 Max Verstappen fans (aka Orange Army) made their way to the Dutch Grand Prix at the small beach resort of Zandvoort this weekend, COVID-19 and social distancing seemed almost like a distant memory.

Even though Alfa Romeo driver Kimi Raikkonen had to pull out of the race after a positive COVID-19 test, fans on Saturday said the virus was the last thing on their minds as they watched Verstappen power to a fairytale pole in qualifying on Saturday that sent the party into overdrive.

“Once you get past the entrance, you just forget about it,” said a young woman who travelled 240 kilometres (150 miles) from the southern town of Maastricht to see local hero Max .

“It’s just so good to be among so many people again. Let’s hope it can set the example for other events to be allowed as well.”

The grand prix, the first in the Netherlands in 36 years, is the country’s first mass event since the pandemic arrived, with music festivals and other cultural events still limited to tiny audiences to limit the spread of the disease.

This apparently uneven treatment has already sparked criticism in recent weeks, and images of thousands of people thronging the pathways at the race circuit fuelled the discontent on Friday, as many artists took to social media to express their anger.

But health minister Hugo de Jonge said no exceptions were made for the grand prix, as the event followed the rules for hosting a large crowd, meaning all spectators needed a negative COVID-19 test to get in and had to remain in their assigned seats as much as possible.

“But there is friction between the rules and the reality on the ground,” De Jonge said, commenting on the masses of people who were clearly not in their seats.

“We can’t avoid crowded situations. But we will manage the flow better and are asking people to remain in their seats longer,” Dutch Grand Prix spokesman Simon Keijzer said on Saturday.

This did not prevent big crowds from forming again, however, as soon as the Formula 1 drivers left the track and fans went looking for food, drinks and toilets.

The rise of the Delta variant of the coronavirus has kept infections in the Netherlands relatively high in recent weeks, forcing the government to reinforce several social distancing measures last month.

It also limited the Dutch Grand Prix to two-thirds of its original capacity of 105,000 tickets for visitors per day. (Reporting by Bart Meijer)