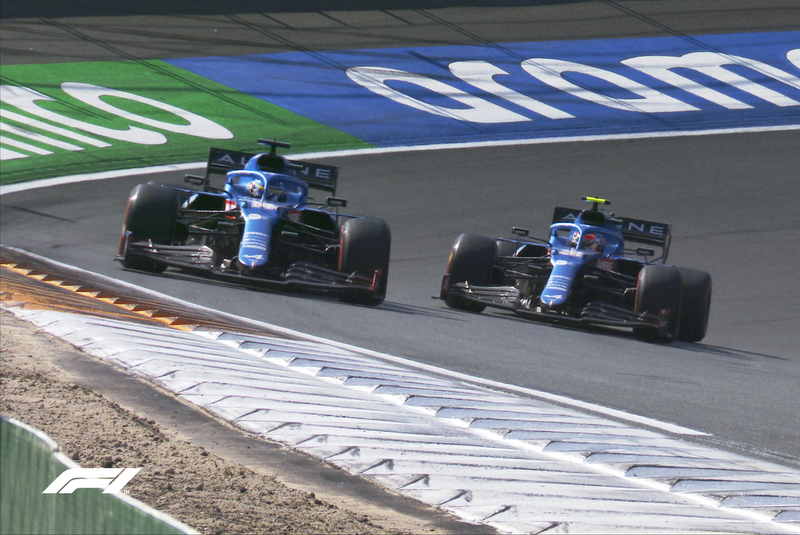 Fernando Alonso was pleased with how he executed his strategy at the Dutch Grand Prix as he drove to sixth place from ninth on the grid.

Alonso started strongly as has been his style over the years, jumping ahead of teammate Esteban Ocon and Antonio Giovinazzi on the opening lap.

From there, he managed the tyres well, even to the point of frustration for Ocon behind him, before slowly reeling in the Ferrari of Carlos Sainz up the road.

Everything finally came to a head in the closing laps, with Alonso able to make it past Sainz into sixth, while Ocon was jumped by a charging Sergio Perez and had to settle for ninth.

Speaking after the race, Alonso said that he did not expect the Ferrari of Sainz to be within striking distance, adding that he was feeling increasingly confident in race trim.

“It was a good weekend for us,” he said. “We take some good points with sixth position and I thought we were generally competitive all weekend.

“Our start was good, but it was very close into turn one and two and I had to run wide to avoid hitting the cars around me. We then settled into a good rhythm and executed a solid race. Overtaking Carlos Sainz at the end felt fantastic, as early in the race I didn’t think we could catch the Ferraris.

“It’ll be interesting to see if we can carry our form into Monza. Spa in the dry was the first time we ran with a very low downforce, so let’s see if we can have another good weekend there,” Alonso concluded.

The Spaniard now sits 10th in the drivers’ championship, having scored points in seven of his last eight races.