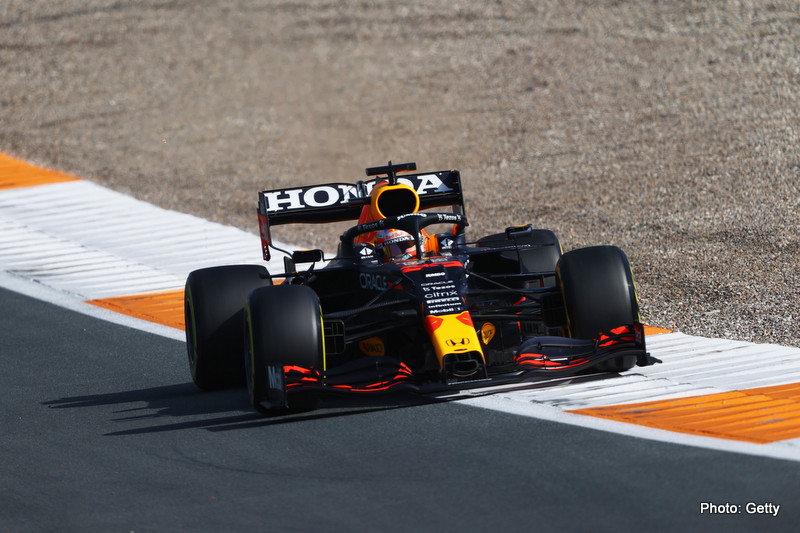 The Dutchman looked in imperious form in front of his home fans, as he put more than half a second between his RB16B and Valtteri Bottas in second.

Lewis Hamilton went third and was left asking his race engineer where he lost time to both Bottas and Verstappen.

There was a slow start to proceedings with the action limited until Carlos Sainz lost the rear of his Ferrari going through Turn 2 and hit the barriers, putting an end to his session.

The red flag came out while the marshals cleared the track, with the Spaniard at risk of missing out on qualifying as a result.

Verstappen set the fastest time on the medium tyre shortly after the restart, only for Bottas to go to the top on the softs moments later.

The Finn’s reign at the top was short lived though as Verstappen set three purple sectors on the mediums with just over 20 minutes remaining.

As the drivers came out for their final qualifying simulation runs on the soft tyres the times began to come down, with Alonso jumping to the front of the field with a 1.10.670.

Alonso’s benchmark was finally eclipsed by Bottas, with teammate Hamilton a couple of tenths back, before Verstappen became the first driver to dip below the 1.10.000 mark, a time that proved untouchable in this session at least.

Sergio Perez was fourth in the second Red Bull but almost a second back, while Alonso held onto fifth position.

Lando Norris was sixth having survived a quick trip into the gravel while Lance Stroll headed an Aston Martin duo in seventh and eighth.

Sebastian Vettel had a couple of dicey moments as he acclimatised himself to the circuit, with the German also running through the gravel at one stage.

Charles Leclerc was ninth for Ferrari and will likely carry their hopes in qualifying after Sainz’s crash, while Pierre Gasly rounded out the top 10.

Daniel Ricciardo was just back from Norris in 11th, Nicholas Latifi was an impressive 12th and Esteban Ocon was 13th. 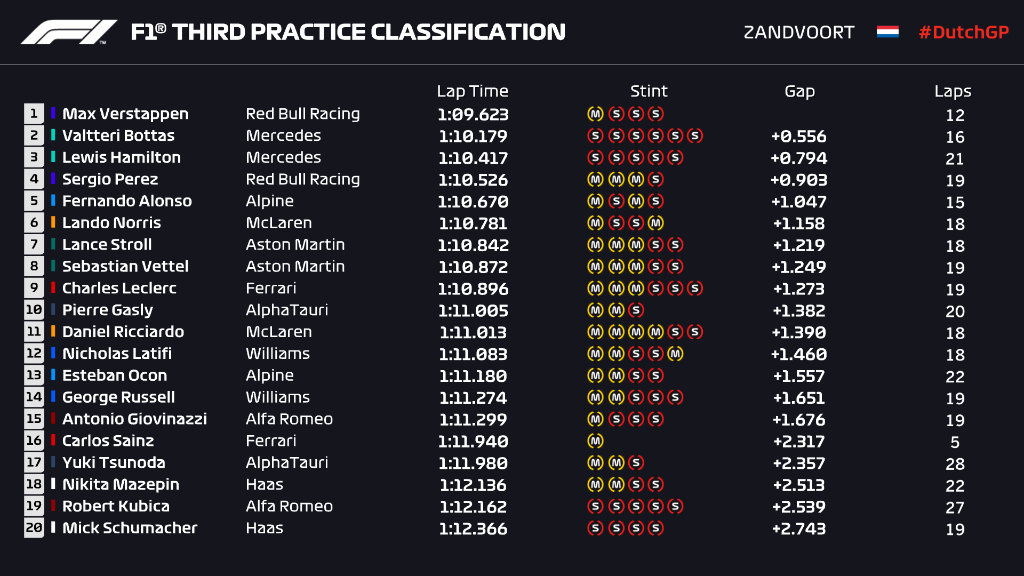