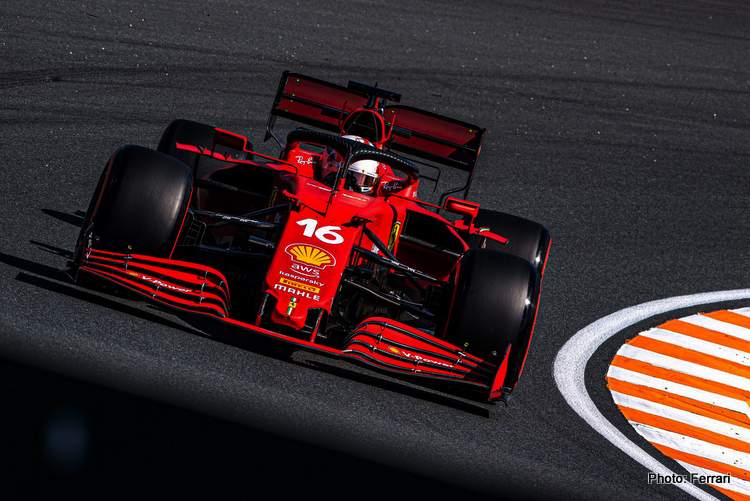 The first practice day of the 2021 Dutch Grand Prix was marred by stoppages, robbing drivers, teams, and fans of valuable track time as Formula 1 returned to Zandvoort for the first time since 1985.

Ten minutes into the FP2 session, Lewis Hamilton was forced to stop his Mercedes, amid cheers from the Orange Army, with an issue that prompted the first red flag, and meant an early shower for the World Champion with ten minutes lost in the session. Three laps on his chart.

Shortly after it got going again, it was red again as Nikita Mazepin beached his Haas. Again more time was lost at a track that is clearly not friendly to vehicle recovery. The interruptions played havoc with just about everybody’s short runs, including Red Bull’s Max Verstappen who never got a proper flying lap all day.

After the second stoppage of six minutes or so, most focussed on long runs, and at the end of the hour, it was all Red at the top of the timing screens with Charles Leclerc fastest on Pirelli softs, a tad quicker than second-best, teammate Carlos Sainz.

Esteban Ocon’s morning form continued into FP2, the Alpine driver third fastest, a 0.172s down on the Reds but a couple of seconds up on teammate Fernando Alonso in sixth.

Valtteri Bottas was sixth in the Mercedes, a quarter second shy of the top time with Verstappen’s interrupted effort good for fifth.

In seventh, AlphaTauri’s Pierre Gasly was next best of the Honda brigade as Red Bull’s Sergio Perez was slow to dial himself in on the day. He was only good for 12th, a second down on the top, and six tenths down on Max in the sister car.

McLaren have been somewhat subdued on Friday at the seaside venue, half a second off the pace was Lando Norris in eighth, with Daniel Ricciardo a further seven tenths down in 15th.

Alfa Romeo’s Antonio Giovinazzi was ninth ahead of Sebastian Vettel whose Aston Martin was repaired just in time to make the afternoon session, after suffering a technical issue in FP1.

Outside of the top ten, the only real anomaly in FP2 today was that Spa-Francorchamps qualifying hero, George Russell, was slowest of all at the end of the first day of F1’s return to Holland.

The first day did not go without snags, the removal of stricken cars is clearly a problem that will require solutions before race day. And if today was anything to go by, F1 safety car driver Bernd Maylander is likely to have another very busy Sunday. 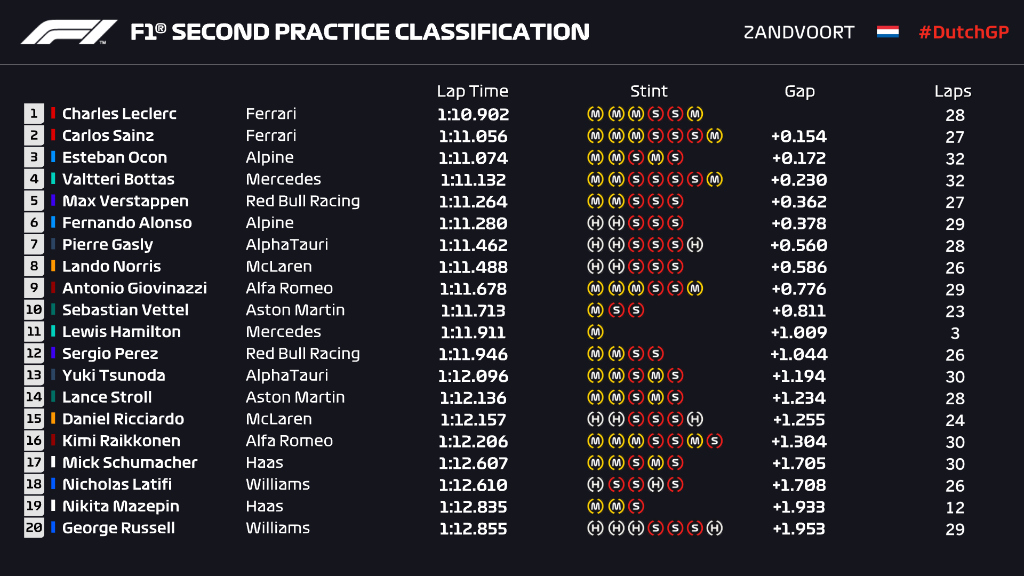