Trains and bicycles allowed but no cars in Zandvoort 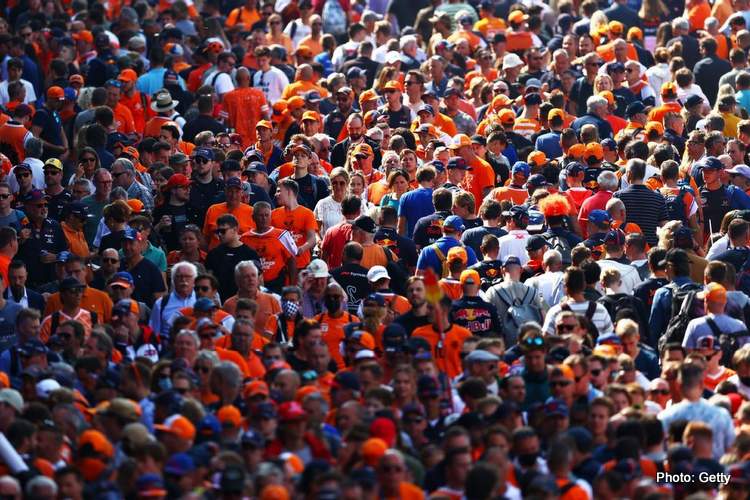 Environmentalists and nature lovers who spent the past two years unsuccessfully trying to keep Formula 1 out of the Dutch dune reserve in Zandvoort might at least be pleased with one aspect of the race: how the fans got there.

Almost 25,000 fans on Friday opted to use a bicycle for a large part of their journey to the track, 25 kilometres (15 miles) west of Amsterdam, organisers said, while some 27,000 took the train, as nearly all cars were banned from the small beach resort.

Hosting the first Dutch Grand Prix in 36 years, with fans desperate to watch home driver Max Verstappen, posed a serious challenge to organisers: how to get up to a hundred thousand people a day to a small beach resort that has only two access roads?

The town of little more than 17,000 people on the North Sea coast closed its two inland roads, forcing fans to choose other modes of transport.

They were urged either to take the train or leave their car at one of several designated parking areas in the wider region and use one of the thousands of pre-reserved rental bikes to travel the last 10 to 30 kilometres to the track.

“Mobility was one of our main concerns once it became clear Formula 1 could return to Zandvoort,” circuit director Robert van Overdijk told Reuters.

“It is great to see that the plan we imagined over two years ago works and pays off.”

A Verstappen fan from the southern town of Venray said on the train to Zandvoort that the traffic plan seemed to work beautifully: “You wouldn’t want to see the traffic jams they might have had without it. We drove two hours, our wives dropped us at the station for the last half hour ride and tonight they’ll pick us up again there.”

Over 300,000 tickets for three days of racing sold in an instant on the back of the enormous popularity of Verstappen, the first Dutch grand prix winner and the nation’s first contender for the championship.

Due to COVID-19 restrictions, 70,000 fans are now allowed to attend every day. (Reporting by Bart Meijer)