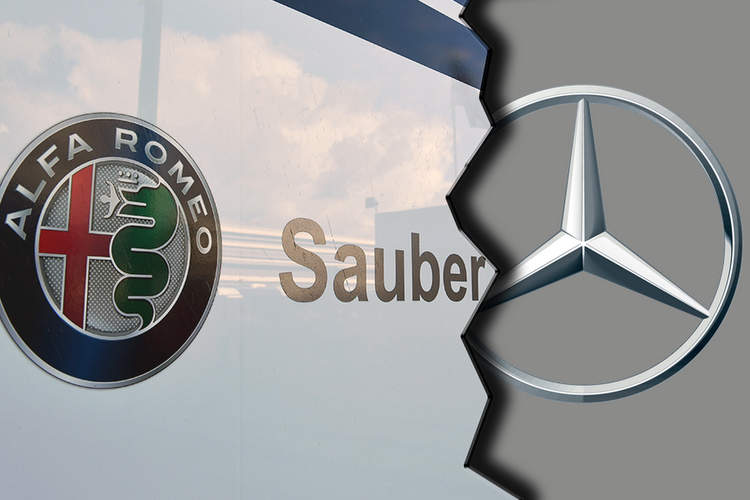 With the 2022 Formula 1 silly season in full swing, it has been an interesting week with respect to speculation on driver movements, and Alfa Romeo aka Sauber has been lobbed fair and square into the middle of it all.

Whilst earlier this week it was announced that Kimi Raikkonen will retire from F1 as a driver at the end of this season, there have also been media murmurs that time may be up for the other Sauber driver, Antonio Giovinazzi as well.

It appears likely that Valtteri Bottas will replace Raikkonen at the Hinwil squad as he makes way for George Russell to partner Lewis Hamilton at the current World Champions, but intriguingly it is another Mercedes listed driver, and current Formula E World Champion Nyck de Vries whose name seems to be in the mix to partner Bottas in 2022.

To understand the basis of Sauber’s relationship with Alfa Romeo we need to cast our minds back to 2017 when Sauber confirmed their intent to end its PU supply relationship with Ferrari at the end of that season and use the Honda units for 2018 onwards.

As a last-ditch effort to keep Sauber’s business, Ferrari offered them a better deal, a more commercial one, that not only offered better value through the supply of current up to date PU’s as opposed to the year-old stalled development units they were receiving, but also the commercial sweetener of offering a deal to provide the Exor-FCA owned Alfa Romeo brand as the title naming sponsor, and promptly Sauber announced they would re-neg on their Honda options and stay with their current PU supplier.

Nevertheless, Ferrari has no vested interest or ownership shares in Sauber whatsoever, and even though they might use a Ferrari PU and other componentry in their car, the deal is purely commercial.

For any customer Ferrari powered team, the last two years would have been testing at the very least, with what appeared at face value in 2019 to be a strong PU choice being reduced to the laughing stock of the grid in 2020, and with the claw-back producing meagre gains, who could blame them for evaluating different PU and technical partners, including Mercedes.

Notwithstanding that when Sauber originally entered F1 in 1993 its title engine supplier was Mercedes, it is well known in the paddock that fellow Swedes Daimler Chief Executive Ola Kallenius and Sauber owner Finn Rausing share a good relationship, as do Mercedes team principal Toto Wolff and Sauber principal Frederic Vasseur, so in many ways, a potential technical partnership between Sauber and Mercedes only seems natural.

It is also possible that Mercedes have decided that whilst it has existing technical partnerships with Williams and Aston Martin, maybe the development of a junior team, along the lines of the Red Bull/Torro Rosso/Alpha Tauri model might serve them well in the future with issues of juggling F1 seats and managing their talent.

Or maybe all of this is just an unsubstantiated rumour, and the Alfa Romeo/Ferrari arrangement will remain status quo at Sauber for the time being.

After all, though, it is silly season.