Verstappen: It was a shame not to do proper laps 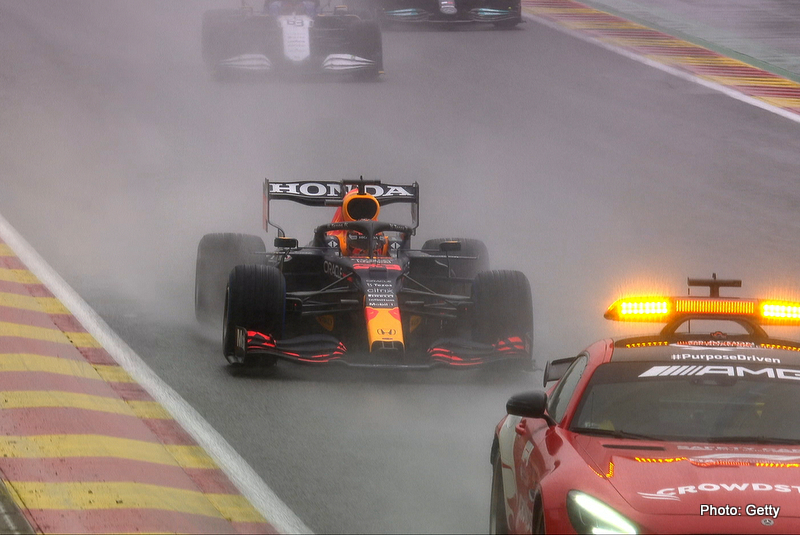 Max Verstappen admitted it was a “shame” not to complete any laps during the Belgian Grand Prix, where he sealed victory and half points.

With just four laps completed behind the safety car, Verstappen earned 12.5 points and cut the lead of Lewis Hamilton at the top of standings to just three.

The race director twice tried to get the cars out on track but the conditions were deemed too dangerous, with the Dutchman sealing the win courtesy of his pole position on Saturday.

Half points were handed out as two laps were completed, albeit behind the safety car, with 75 per cent of the race required for full points.

“Now, in hindsight, it was important to get the pole position,” Verstappen said. “But it was a shame not to do proper laps.

“The visibility was very low. If we had started at 15:00 (local time), we would have had a better chance.

“It’s a win but not how you want to win. Credit to the fans to stay here all day. In the cold and rain. They are the bigger winners today.

“We have to keep on pushing, keep trying. We have a few more races, we have a good car and we will keep trying.”