Verstappen: I hope we have a good and clean start 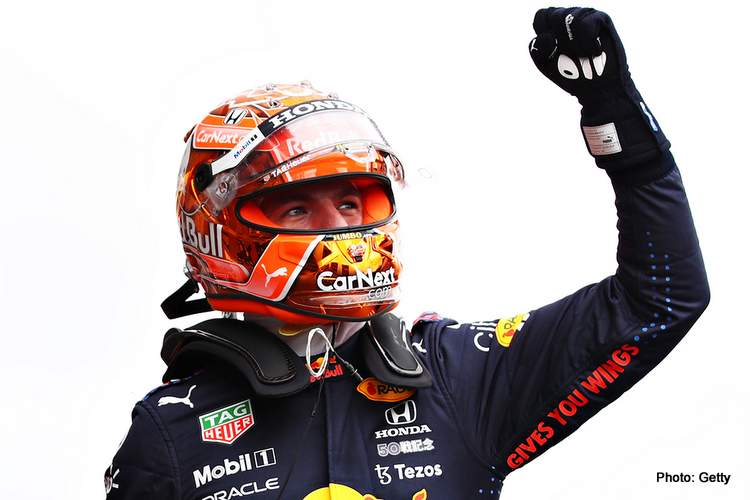 Max Verstappen needs a big result at the 2021 Belgian Grand Prix, perhaps the most important race of his campaign which he starts from the best place possible: top spot on the grid.

There is no room for errors after the last two races that turned him from being the hunted with a comfortable lead to being the hunter, trailing championship leader Lewis Hamilton by eight points ahead of Round 12 tomorrow.

On Friday he crashed while searching for the limit of the RB16B, but on Saturday during qualifying, he never put a foot wrong, after being easily fastest in FP3 earlier in the day and, in the end, too good in qualifying, as he will be expected to be in the race at Spa-Francorchamps.

Verstappen told reporters afterwards: “We’re first and that’s the most important thing. It’s an amazing track to drive and very difficult in the wet. I’m super happy to qualify like this after the break.

“The lap was all right but I don’t think in the wet it’s all about the lap. It’s super sensitive with temperatures. The lap was OK but my tyres felt cold in the first sector and maybe the start of the second one. Looking back we could have done a better job but it’s so tricky out there.”

“It’s hard to keep the car on track, switching the tyres on as well at the right time and also the long break in Q2 and Q3. It’s not ideal then to settle in and learn the track conditions again but in the end, we were first and that’s, of course, the important thing.”

As for the race, Verstappen said in the Red Bull team report: “We don’t know if it will be a dry or wet start, I think if it’s wet I don’t mind if I start first because at least I should have clear vision but I just hope we have a good and clean start.

The Dutch driver also had a word for Lando Norris, who has set the pace until he crashed heavily in Q3: “I also hope that Lando is feeling okay and that he doesn’t have any serious injuries because that didn’t look like a good impact at all, he’s a good friend of mine so I hope he can race tomorrow.”

Christian Horner summed up: “Max has always been very strong in the wet, he made a mistake on his first lap but absolutely nailed his second lap, so it is now crucial that we convert this into good points tomorrow.

“It looks like the weather could be similar to today, but at least if it is wet we have some visibility by starting at the front and both drivers have managed to retain a set of inters. I think we are the only team in the top 10 to have managed that, so we have that up our sleeve.

“More importantly however it was a relief to see Lando walk away from his big accident at the beginning of Q3 and hopefully he is able to race tomorrow,” added the Red Bull team boss.

Meanwhile, worth noting that Verstappen has not won at the Belgian venue since his hat-trick during the 2014 Formula 3 Championship weekend at the venue, racing for Van Amersfoort Racing.

Sunday could be the day for Max, whose mother is Belgian, to end the drought, and to win one of the most famous races on the F1 calendar and give his 2021 campaign the boost it needs. (Additional reporting by Agnes Carlier)