Latifi set to remain at Williams for 2022 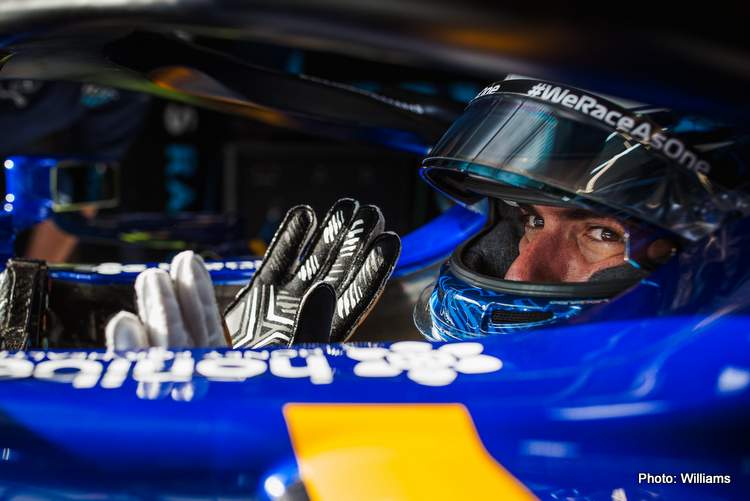 “Yeah, looks like I would say,” the German said when asked if the praise he had heaped on the 26-year-old in response to an earlier question during a video conference at the Belgian Grand Prix meant the team were going to offer him a contract.

“He’s a very good race driver and he deserves the seat in our team definitely.”

Latifi made his Formula 1 debut with the former champions last season alongside George Russell.

He has generally been outperformed by the Briton, especially in qualifying, but finished seventh ahead of the 23-year-old at the last race in Hungary with the pair handing the former champions their best result since 2017.

The result also handed Latifi his first F1 points. With Russell in the frame to replace Finn Valtteri Bottas in the seat alongside seven-time world champion Lewis Hamilton at Mercedes next season, the Canadian on Thursday said he was ready to take on a leadership role at Williams.

“He works very well with the engineers, he is very motivational, he’s very clear in his direction where he wants the car to develop, he is very much liked by the team and he is demanding,” said Capito.

“I think also he learned a lot with George as they worked together… and I’m sure by the end of the season Nicky will be in that position that he can lead the team.”

Capito said the uncertainty over whether Russell would be moved up to Mercedes or not, with both the Briton and Bottas on Thursday insisting they had no news to share, was not a concern for Williams.

“I think (Mercedes team boss) Toto (Wolff) will take the decision sooner or later,” said Capito. “I believe it will be sooner. But the Williams seat seems to be an attractive seat for every driver who hasn’t got a fixed seat for next year.

“As most of the seats are fixed for next year, we can lean back and wait what the decision is and when the decision is taken we can get into more detailed discussions with various drivers,” added Capito. (Reporting by Abhishek Takle)