Verstappen: Too much oversteer and I hit the wall 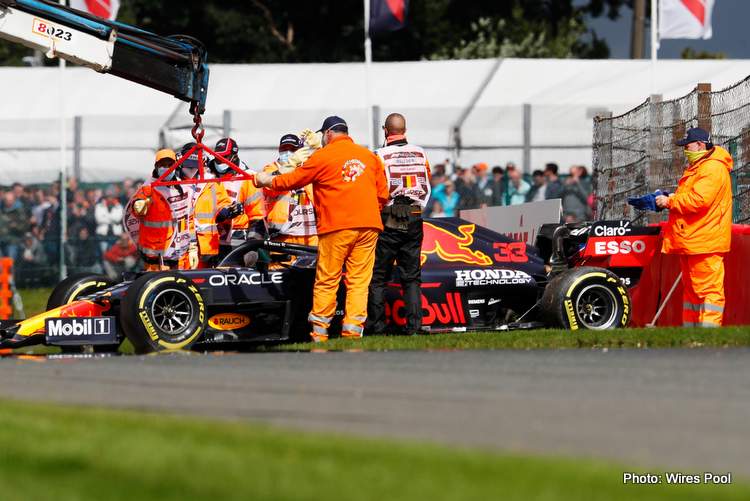 Max Verstappen topped the timing screens at the end of the first day of the 2021 Belgian Grand Prix weekend, but his Red Bull also filled the TV screens after he crashed late in FP2.

The Dutch driver lost control at Turn 7 late in the session, the rear end of his car stepping out and into the barriers.

Although he lamented the incident, Verstappen played it down and saw the positives: “I think we definitely had a positive start today but unfortunately I just lost the rear at the end of the second session, there was a bit too much oversteer to correct and I hit the wall.

“As a team, we were quite happy with how everything was going and we did some fine-tuning between FP1 and FP2,” said Verstappen, whose best time of 1:44.472 was unbeaten on the day. The Mercedes duo was a mere 0.072s shy of the top time. It’s very close at that top.

Max continued: “Looking ahead to tomorrow, there are of course things to take into consideration including the weather but it’s difficult to say what the track is going to be like in the wet. I think Saturday and Sunday will be similar weather to today so it will definitely be interesting.”

Earlier today, Red Bull confirmed Sergio Perez for next year, which Verstappen mentioned in the team’s Friday report: It’s also great that Checo will be with the Team next year, we have a good relationship.

“I’m happy to continue working together to try and score a lot of points for the Team for the rest of this season and of course next year,” added Verstappen.

Perez, typically, was slow out the box on Friday driving the Red Bull for the first time at Spa-Francorchamps, he ended tenth, nearly a second down on his teammate suggesting the Mexican has work to do.

He reported: “The car is feeling good and I think we have strong potential for this weekend. It’s going to be interesting what happens with the weather as that obviously affects how you configure the car but I’m looking forward to it.

“I think we will be in the fight and able to have a good qualifying, the pace was strong out there today and it will be interesting to see who has what when they put it all together in Q3. We collected plenty of information over the two practice sessions, we’ll sit down this evening to analyse it so we have the best package tomorrow.

“It’s also great to have my contract for next year with Red Bull finalised so that I can focus my energy on this season. I really enjoy being a part of this team so I’m really happy to continue for 2022 but my focus right now is on this weekend and delivering the best possible result,” added Perez.