Tech Draft: Wolff prays to the racing gods for intervention 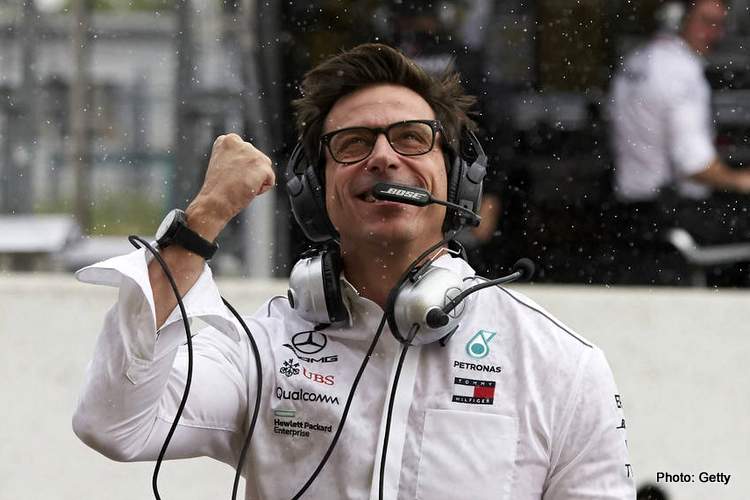 Even though my usual policy is to avoid the mainstream motorsport media outlets, this week I ventured over to the dark side and read an opinion piece that was openly critical of Red Bull Racing’s media tactics.

There is no point naming the publication, nor the author, because quite simply the content was complete rubbish and served no purpose other than to simply convince the readership to click the button to renew their subscription because the obvious bias and jingoism was worth affiliating with regardless of how imbalanced the content was.

The author’s sole point was that in recent times RBR’s media strategy is to create a lot of noise and that it gets nothing from it.

Obviously, this season is the most closely contested in a number of years, and indeed there is a war of words firing between RBR and Mercedes, even though certain members of both sides of the battle contradict themselves with their boring denials of intent to participate, but the reality is that the PR departments of both teams are launching potshots across the bows of their opponent at equal and relentless rates.

After Silverstone Christian Horner labelled Lewis Hamilton as ‘amateurish’ and his actions ‘unacceptable’,  ‘dangerous’ and ‘desperate’, whilst Toto Wolff responded publicly that Horner’s comments “had no place in F1” and had caused, “a lot of controversy and added to further polarization”.

Coincidentally, it is the same type of polarization being attempted in the article referenced in the introduction of this piece, the same one that you could be forgiven for thinking was indeed drafted by Toto himself.

By the way, Wolff never seems to apportion Mercedes fortunes, be they good or bad, to luck, but rather to “the racing gods”, as not only quoted in his recent interview with Gazetta Dello Sport but numerous times over the last several seasons.

Are these the same gods that speared Max Verstappen off at Copse and caused the effective extermination of RBR from the race in Hungary after the turn 1 melee?

In the very same breath, Wolff explains that the fortunes of his opponents, RBR, weren’t privy to the influence of the same deity of the great blessed Mercedes, but rather just mere mortal luck by explaining, “Our rivals, on the other hand, were very unlucky in Hungary, and in Silverstone, it wasn’t Hamilton’s mistake”.

Is he for real?

Wasn’t it Alain Prost who once expressed his concerns about competing against Senna because of the great Brazilian’s seemingly ‘blind faith’ in god showing him the way on-track?

And yet, on Thursday Hamilton sat in front of the assembled media scrum at Spa indicting that Mercedes had secured the ascendancy in both championships because of superior teamwork.

But, what about the racing gods and their elimination tactics that Wolff freely speaks of?

Then of course there was the narrative coming from Mercedes in Hungary after the predominantly orange grandstand booed Hamilton in the post-qualifying pit lane interview leading to Wolff stating that booing “has no place in the sport” and that the behaviour was “archaic”.

It would seem that whilst booing certainly has been a part of crowd behavior for hundreds of years, in the same way that many at the front bar of the pub will boo the drunkard on the soap box when they finish their rant, it is an intrinsic part of audentia, and has always been an acceptable way for members of an audience to foil their foe, regardless of how many millennia it might have been a human behavior for.

It does not matter which driver or team we follow, the reality is that the 2021 championship battle has intensified and of course the teams are going to use words and opinions to polarize the fan base and garner support, but inevitably the war of words is irrelevant because the only true metric in F1 is the Constructors Championship, and every point earned on-track in that is worth millions.