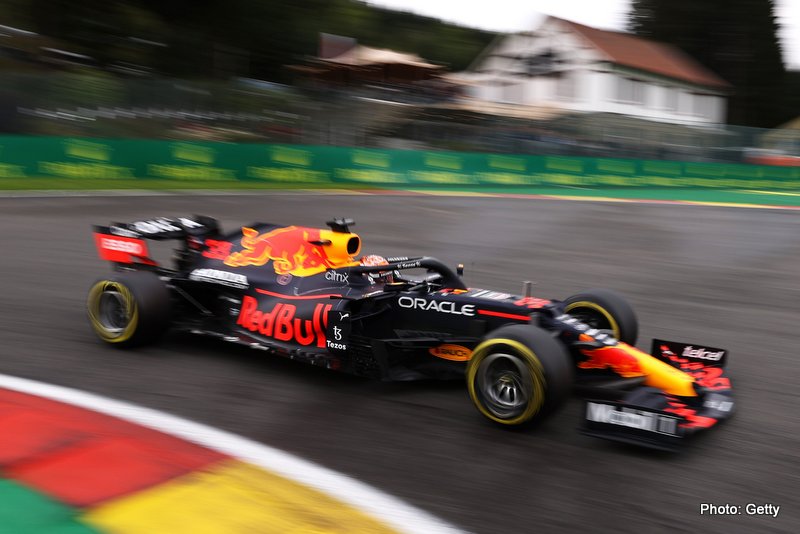 Max Verstappen topped FP2 for the Belgian Grand Prix at Spa-Francorchamps, with Mercedes duo Valtteri Bottas and Lewis Hamilton less than a tenth back.

However, Verstappen had his session somewhat overshadowed by a late shunt that left his RB16B in the barriers.

The first half hour was dominated by long runs for much of the field, with teams opting for either the medium or hard compounds as part of their race preparation.

Compared to the morning session the times fell quickly as the track rubbered in, although the rain that has been a constant threat all day did wash away some of the rubber laid down in FP1.

With around 30 minutes remaining the drivers started moving onto the soft tyres, Verstappen on top after the opening runs with a best time of 1.44.472.

Esteban Ocon brought out the yellow flags with just over 20 minutes of the session left after the Hungarian Grand Prix winner suffered a big spin on the exit of Turn 13.

The Frenchman managed to keep his car out of the wall, preventing a delay, and got his Alpine back to the pits without issue.

Charles Leclerc was less lucky minutes later though and triggered the red flag after losing his Ferrari at Turn 6 and colliding with the barriers.

The extent of the damage will become clearer overnight, but it was an unwelcome blow for Leclerc, two years on from his maiden Grand Prix win at this very circuit.

Cars made it back out onto the track with just under 10 minutes to go, but with Verstappen, Bottas and Hamilton on the medium tyres and unable to improve on their earlier efforts.

Verstappen then brought out the second and final red flag of the session after a shunt very late on that left his Red Bull in the barrier at Turn 7.

The difference between Verstappen in first and Hamilton in third was just 0.072 seconds, so it looks as if there is very much all to play for come tomorrow.

Fernando Alonso was an impressive fourth in the Alpine but almost half a second back from the leaders, while Pierre Gasly built on P3 in FP1 with a fifth-place finish this afternoon.

Lance Stroll was sixth for Aston Martin, with Ocon seventh after his early spin.

Sebastian Vettel, Lando Norris and Sergio Perez rounded out the top 10, with the Mexican almost a second back from Verstappen.

Carlos Sainz was 11th while teammate Leclerc could only manage 18th after his shunt, Ferrari going backwards after a positive morning session. 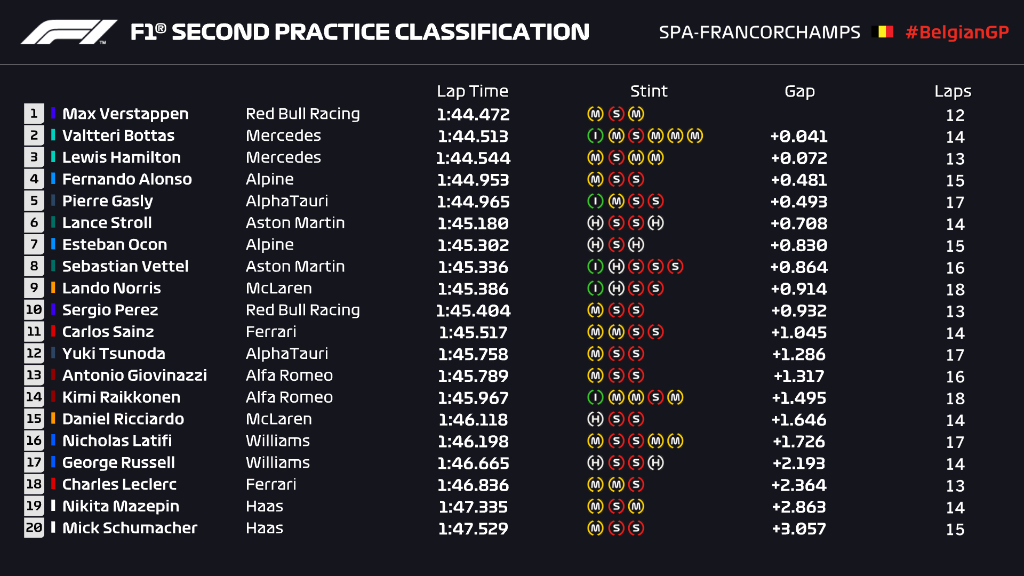