Rosberg: As long as no one gets hurt, it’s awesome 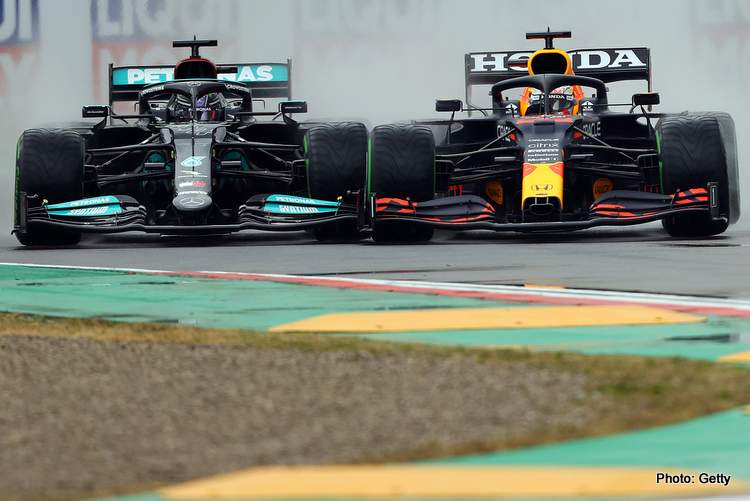 While we wallow in an epic Formula 1 season, the Lewis Hamilton versus Max Verstappen title battle has turned into one of the fiercest contests in a long while, Nico Rosberg reminds us that motorsport is dangerous.

The 2016 F1 World Champion turned pundit and uber-fan, like us all, is relishing the contest but at the same time he hinted at the perils when speaking to Motorsport magazine.

Rosberg said of the battle: “As long as no one gets hurt, it’s awesome.

“And so inevitably, there’s going to be contact. There already was, in Imola. And Lewis I think now is not backing out anymore. Max will never back out. So it’s exciting stuff…”

Of course, Silverstone was the first contact that had major implications for the title race as Verstappen, lucky to escape relatively unscathed, from ‘that’ mega-prang on the opening lap, was unlucky to not score points while Hamilton lapped up all 25 points, in front of his adoring fans.

Despite the incident between the pair and the ugly aftermath, Rosberg explained: “There is a basis of respect but we’re not at the destructive phase yet. I think it’s just building up. Now let’s see where it goes.

“They could have also already collided in Silverstone three corners before, when they were going down the straight. You could have had a Webber-Vettel situation. Remember when they collided in Turkey? It was very close,” said Rosberg who himself had contact with Hamilton during their time as teammates – Barcelona (2016) and Spa (2014) springs to mind.

Nico continued: “I mean, Max is hyper-aggressive, and Lewis has stopped backing out. So it’s going to be interesting for them to manage that. He did have to send a message at some stage but I don’t think the message is going to get anywhere! Yes, the message is there, but it’s not going to make Max change.”

The German endured a tempestuous 2016 season battle with Hamilton which turned ugly more than once and appears to have thrust a stake through the heart of a friendship that began in their early teens.

It was a civil war as Merc, at the time, were in another league with no challengers, allowing both Silver cars to take centre stage and team boss Toto Wolff visibly ageing with every GP weekend as he managed the powder-keg within his own garage.

Rosberg continued: “Toto was also saying how it’s totally different and so much easier rather than having the war internally. The whole family is against the other team and makes it so much easier.

“And otherwise it’s really complicated when the war is internal. Senna-Prost is another example of an internal war not, not to compare with them, but it’s difficult to manage.”

The best way for Verstappen to put the last two races behind him and Red Bull is for a stonking weekend at Spa-Francorchamps but Rosberg is not convinced it will be that easy after what he saw in Hungary: “I would have thought so but again, the Mercedes looked fast.

“So it’s surprising for everybody. It seems that the car performance just varies from one track to another. And it’s just so amazing for us because you never know who’s going to win.

“Both of them have lost critical points, and both are on similar points in the championship, so it’s like starting all over again,” added Rosberg, of the title fight which Hamilton leads by eight points over Verstappen, with 12 rounds remaining – starting with Sunday’s 2021 Belgian Grand Prix.