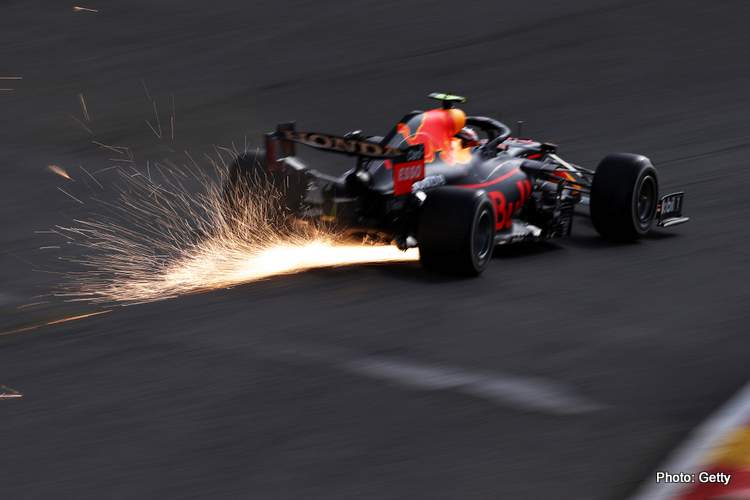 As if Max Verstappen’s British Grand Prix first-lap DNF and being skittled in Hungary last time out are not bad enough, Red Bull fear grid penalties are inevitable for the 2021 Belgian Grand Prix.

Having enjoyed a comfortable lead in the championships before the last two rounds, the Bulls and their contender are on the back foot. More so, with grid drops looming.

Team boss Christian Horner appeared resigned to their plight when asked by reporters at Spa-Francorchamps what chances there were of his team avoiding penalties this weekend, he replied: “Very little, I’m afraid.

“And that is hugely frustrating for Honda as it’s not due to reliability; it’s due to accidents that we haven’t caused. So they are feeling the brunt of this, as we are on the chassis side and it’s not to be underestimated on the cost cap side.

“We’ve had some hugely bad luck in the last couple of races. It’s been pretty brutal in parts, in damage, in engines. But you know we’ll brush ourselves down and we’ll come out fighting in the second half of the championship,” declared the Red Bull team boss.

After the Red Bull Ring doubleheader, the home team departed Austria top of the constructors’ standings by 44 points, with Verstappen leading the drivers’ standings by 32 points, but at Silverstone and Hungary that all came to nought.

Eleven races into the season, and 12 more scheduled, Mercedes are a dozen points ahead with Hamilton on top by eight, with no grid penalties in sight the serial world champs have the upperhand.