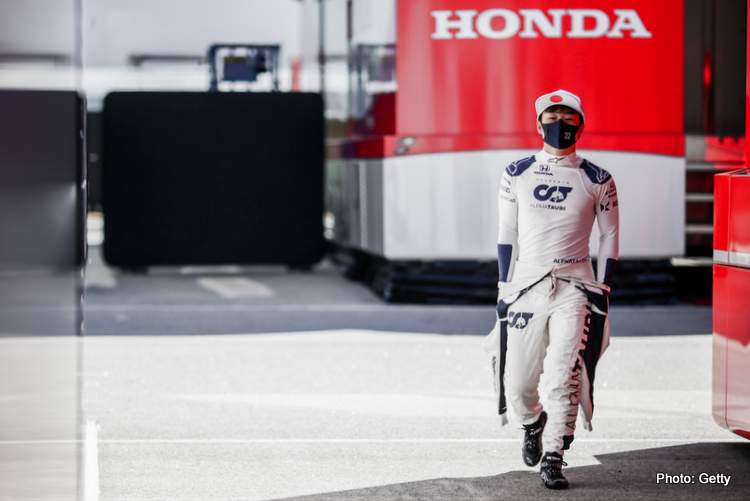 AlphaTauri rookie Yuki Tsunoda is an obviously gifted talent who in my opinion has already validated his progression into Formula 1 and is already proving that he belongs in top-flight.

With three race wins and a solid third place in the 2020 FIA F2 Championship, his rookie season in the F1 feeder class, he was probably not afforded the credit generally given to a driver that achieved such a level with so little previous experience.

Upon his graduation to Formula 1, Tsunoda shone on debut in the first race of the 2021 season at the Sakhir circuit in Bahrain, by credibly making Q2 and qualifying 13th in his first attempt and finishing the race in ninth position, gaining his team Alpha Tauri their first Constructors points for the season.

From his 11 starts this year Tsunoda has made Q3 three times, made Q2 twice, crashed out of or not made Q1 twice, had one DNF, and finished in the points five times, currently sitting 13th in the World Drivers Championship with 18 points.

In comparison to his highly-rated teammate Pierre Gasly, who currently sits 8th in the WDC with 50 points, head to head in qualifying Tsunoda trails his teammate 11/0 and in race results he trails Gasly 10/1.

Many might not realise that if Tsunoda were to maintain his current position in the WDC and finish in 13th position he would be the equal fifth-best finishing rookie in the last 10 years, equal with Charles Leclerc, exceeded only by Norris (9th), Magnussen (11th), Stroll (12th) and Verstappen (12th) in their first seasons in F1.

Just as relevant would be that in the same scenario Tsunoda would be the best performing Red Bull Junior Team driver F1 rookie since Verstappen.

Sure, Tsunoda has fenced his car on the odd occasion, and even in unnecessary circumstances that have compromised potential better performance, not only frustrating the young man himself, but also his team and Red Bull hierarchy, but at no time have his on-track indiscretions been derived of a lack of speed, talent, or racecraft, but rather of unbridled exuberance and just plain having a crack.

Nevertheless, Tsunoda needs to find a way to control that aggression and better channel his energy into becoming a more mature and consistent Grand Prix competitor, but the raw ingredients are there in abundance, and is it not the very purpose of a driver development program to mentor and develop the nascent?

To the credit of Dietrich Mateschitz and Dr Helmut Marko, the Red Bull Junior Team has been the standout F1 driver development program in contemporary times, delivering the sport such elite talents as Sebastian Vettel, Daniel Ricciardo, Max Verstappen, and Pierre Gasly, and with the same patience and due diligence, I have no doubt that Yuki Tsunoda will belong in that same esteemed group.