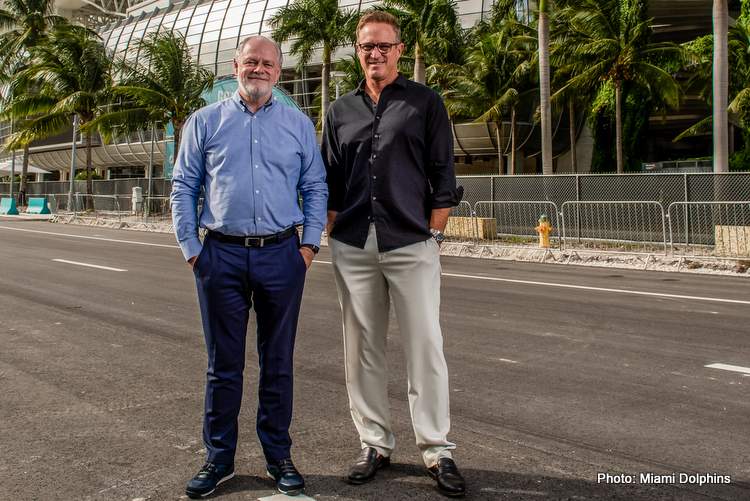 Former Abu Dhabi Grand Prix and Russian Grand Prix boss Richard Cregan has been appointed CEO of the Miami Grand Prix, with the goal to tap into his experience, with upstart venues, for the inaugural race weekend to be held in May 2022.

The news suggests the local organisation is keen to add international F1 know-how alongside people with more experience managing the sports activities taking place at the Miami Dolphins NFL stadium where the track is currently under construction.

The Formula 1 Miami Grand Prix has announced the appointment of an experienced team of professionals, with industry-leading F1 race promoter Richard Cregan being named as Chief Executive Officer.

Together, the Miami Grand Prix team will create a spectacular new circuit and innovative customer experiences to be constructed within the Hard Rock Stadium sports and entertainment campus in Miami Gardens.

“We have high standards on what we expect to deliver in Miami for F1 teams, drivers, sponsors, and fans,” said Managing Partner of the Formula 1 Miami Grand Prix, Tom Garfinkel, pictured above (right) with Cregan.

“The first goal is to have great racing and we believe we are building a circuit that will deliver just that. We are fortunate to be able to bring in someone with Richard’s experience to lead a hand-picked team with proven results creating best-in-class racing circuits and fan experiences.”

Richard Cregan stated: “Miami has been a dream destination for Formula 1 over many years and it is a privilege to accept the role of CEO. Working within the world’s most vibrant market for sports, the USA, and joining a team anchored by the world-class talent at the Miami Dolphins, means that I am understandably thrilled by the potential of what we can achieve together when we welcome F1 to Florida in 2022.”

Bringing the benefit of 45 years spent operating at the top level in Formula 1, Le Mans and the World Rally Championship, Cregan has previously anchored ground-breaking Grands Prix in Abu Dhabi and Sochi.

Originally moving across to the sport from a background in commercial aviation, he held managerial roles with Toyota Motorsport in Germany when the team achieved no fewer than seven World Rally Championship titles.

In 2008, Cregan was appointed CEO of Abu Dhabi Motorsport Management and tasked to create Yas Marina Circuit and the Formula 1 Abu Dhabi Grand Prix; an event whose success was measured in the prestigious award of the FIA Promoters’ Trophy after its inaugural running in 2009.

In 2013, he was appointed to create and deliver the Russian Grand Prix at Sochi Autodrom, which was also awarded the FIA Promoters’ Trophy in 2014.