Mick Schumacher: Spa is special for me and my family 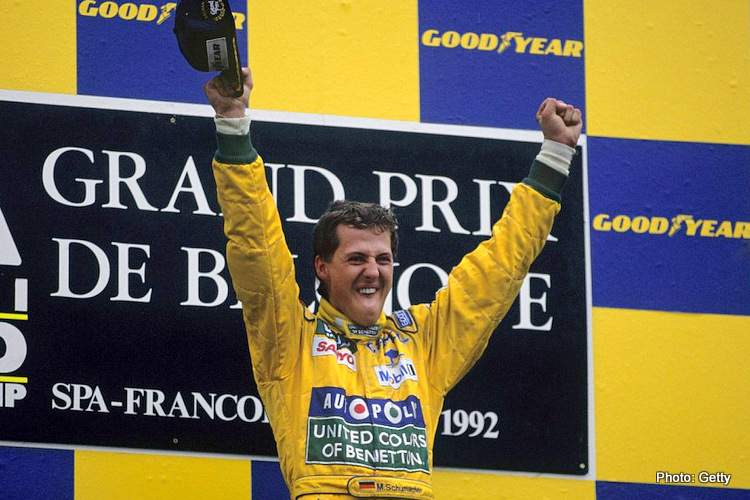 Mick Schumacher’s Formula 1 debut at Spa-Francorchamps this weekend is a dream for scriptwriters!

The son of seven-time F1 World Champion and legend Michael Schumacher returns to the venue where his father made his Grand Prix debut 30-years ago.

For Haas driver Mick, this Sunday’s race will be his 12th in the top flight but, like his Dad all those years ago, it will be his first Grand Prix at historied Spa.

He did, however, do laps in his father’s Benetton B194 ahead of the 2017 Belgian Grand Prix. The occasion was noted by the young German in his preview of the weekend ahead: “Driving my Dad’s Benetton in 2017 was a great experience.

“Now, five years later I’m driving in Formula 1 myself and that’s thirty years after my Dad made his debut. It’s a really special moment for me and my family, so very happy to go there and put my mark on that special track too.”

For Mick however winning this Sunday is not on the radar at all, as he is forced to toil at the back of the grid in a hopeless Haas, but the experience is valuable with the intention to make him a better driver makes it part of the bigger plan Ferrari have for him.

Nevertheless, the 22-year-old is fired up for the task at hand, with good track knowledge to tap into too: “It was my first win in Formula 3 in 2018 and the first one from a good streak. It was also my first pole position that year.

“It was very good to start off there as it’s such a special track to us as a family, and to me, so I’m very happy to be able to go back there and hopefully we’ll be able to pull something out of the hat, which would be great.”

While Spa-Francorchamps is hailed as one of the finest tracks in motorsport, the cruel reality is that it robbed the sport of 48 race drivers including, most recently Anthoine Hubert.

“Also, having in mind some difficult times but we always keep everyone, especially Anthoine, in our hearts when we go there.”

Schumacher gave glimpses of his potential with a gutsy drive at the Hungarian Grand Prix, last time out. He was as good as it gets with what he’s got in challenging conditions at Hungaroring, in which he went wheel-to-wheel with some of F1’s heavy hitters and looked decent at it too.

The weather tends to be a great leveller and at least give no-hopers like Haas a glimmer of hope, which is what Mick has heading there: “It doesn’t impact the car set-up that much because we can still change it during the practice sessions.

“So we have time to set it up our way, but usually the conditions are changeable over the course of the Grand Prix. I’m looking forward to getting on to some rain again which would be nice.

“Obviously, if it’s dry, I’m happy to go on dry too, so we’ll just let it come our way and then we’ll see!” added Schumacher.