Norris: I know it’s not easy for Ricciardo 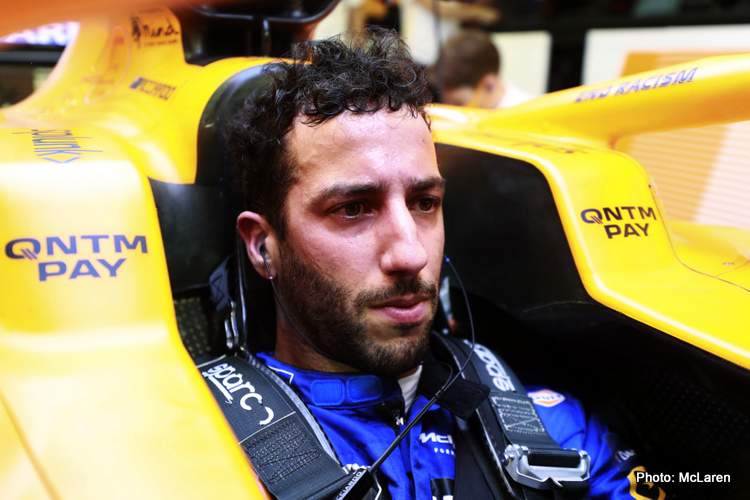 Lando Norris has compared the struggles of his teammate Daniel Ricciardo this season to other newly transferred drivers on the grid, finding it “interesting”.

Ricciardo has openly admitted his first half-season at McLaren has been the toughest spell of his career to date, with team-mate Norris too often out-qualifying and out-scoring the Australian over a race weekend so far this season.

However with the McLaren car, known to be a tricky piece of machinery to handle and not suiting the driving style of Ricciardo, team-mate Norris has noticed the time taken for Ricciardo to get used to the car compared to other drivers new to a team this season.

Norris speaking to Sky Italia said: “I know it’s not easy (for Ricciardo), but I didn’t have an experience like his one, switching cars one time, again and again. So I can’t judge.

“It’s interesting noticing as other drivers like Carlos (Sainz) at Ferrari are already back on the pace, Fernando (Alonso) as well with Alpine.

“I thought Daniel too would have been back on the pace at this time, but he’s not far away.”

As for Norris, his fortunes has differed from his team-mates this season, currently sitting P3 in the Championship ahead of Valtteri Bottas at Mercedes and Sergio Perez of Red Bull with three podiums to his name.

Speaking about why this season has been a success, he said: “In the past two years the qualifying, this year the race.”

“The development was good every year. I think qualifying – if I have to choose one, it would be qualifying. But this year I’m more confident in the race than in qualifying. It changes every year.”